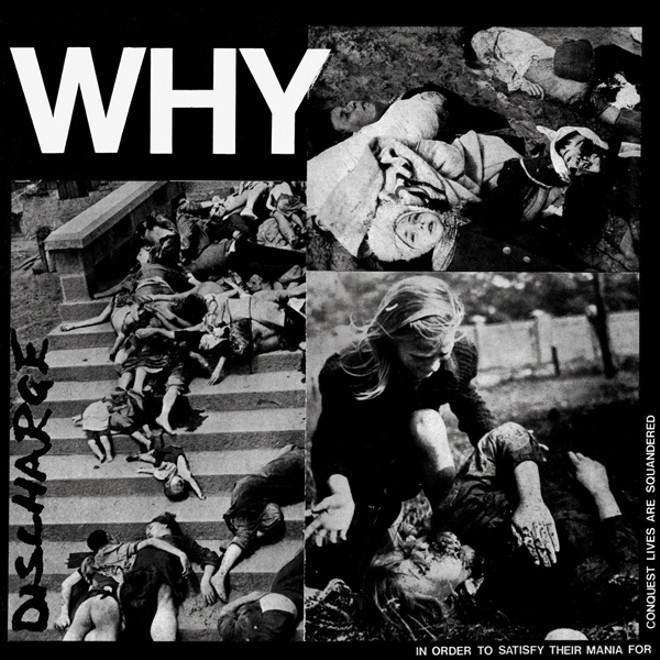 In the Year of Our Lord 2016, there's a lot of digital ink being spilled about the 40th anniversary of punk's birth (the first Ramones album was released April 1976, and "Anarchy in the U.K." was released in November 1976), and a lot of attention being given to a ridiculous stunt devised to exploit the aging genre (i.e., Malcolm McLaren's son promising to burn £5m worth of Sex Pistols memorabilia in protest of another ridiculous stunt, the government-backed "Punk London" celebration). And while, sure, it's pretty easy to look at 1976 as Year Zero for punk rock, there was plenty going on before then that set the table for the genre. And, more importantly, even though the '70s may have birthed punk, it was the divergent explosions of activity that took place in the '80s that ensured punk rock was not only here to stay, but also that it would have a vital voice for years to come.

The thousands of dirty, rotten flowers that bloomed in the aftermath of the initial frenzy of NYC/LA/London punk were of an astonishing variety. And one of the ugliest and most aggressive of those was what came to be known as hardcore. While hardcore has a lineage as diverse and untraceable as punk rock itself, it's inarguable that the first few releases by anarchist/pacifist punks Discharge paved the way for an astounding array of politically motivated, musically intense and deeply confrontational bands who flew the hardcore banner.

While best known for spawning "D-beat" (because of the driving, metallic percussive attack – basically stolen from Motörhead – that came to signify their sound), Discharge was one of several early-'80s punk bands that decided to be explicitly political in their approach, rescuing the genre from a tilt toward its pub-rock origins and poppier new wave directions. Latching punk rock onto a revolutionary/activist anchor and utterly unconcerned with crossover success, Discharge and their other early hardcore proponents sought to ensure that punk remained a dangerous and provocative affair.


The band's 1981 EP Why? was their fourth short-form release, but its 10 songs (in 14 minutes!) made it their longest and it also became their most successful to that point, hitting the top of the U.K. indie charts at the time. "Visions of War" leads off with an unrepentantly angry and punishing attack, and became one of the band's signature songs, but the other nine songs were equally aggressive and unapologetic. "Maimed and Slaughtered," "Does This System Work?" and "Mania for Conquest" set a lyrical template for thousands of anarcho-crust bands over the next decade, and Discharge's beefy, gnarling sonics showed a generation of punks that it was possible to stylistically consume heavy metal without sacrificing ideology or anger.

While D-beat, "discore," crust-punk and metallic hardcore ultimately spawned tons of bands who claimed Discharge as an influence, none of the bands that came in their wake was able to produce an attack as pure and effective as the one Discharge's early releases did. The bands and styles that came in Discharge's wake seemed to selectively pull elements of influence from releases like Why?, but only Discharge was able to bring all of those elements together in such a powerful and unique way.