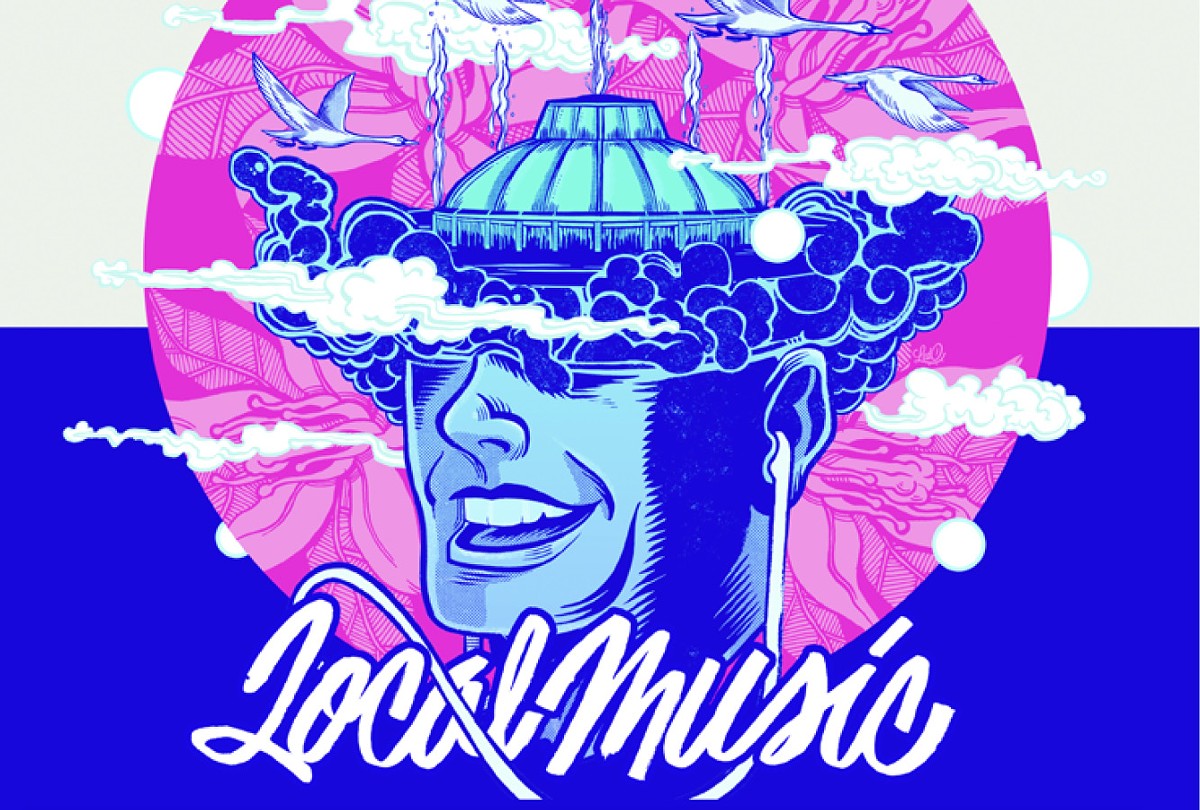 It seems like only insiders truly know the quality, variety and depth of the Orlando music scene. And that's a shame because the city's spectrum has exploded in a million different and genuinely interesting directions over the last decade, resulting in an exponentially more colorful culture than ever before.

There are more homegrown artists worth talking about than we could physically include, but this is a list of acts that are making the moves, defining the sound or are just plain exceptional right now. Across punk, soul, rap, rock & roll, metal, electronic, experimental, folk, classical and pop, these are the current faces of Orlando music. 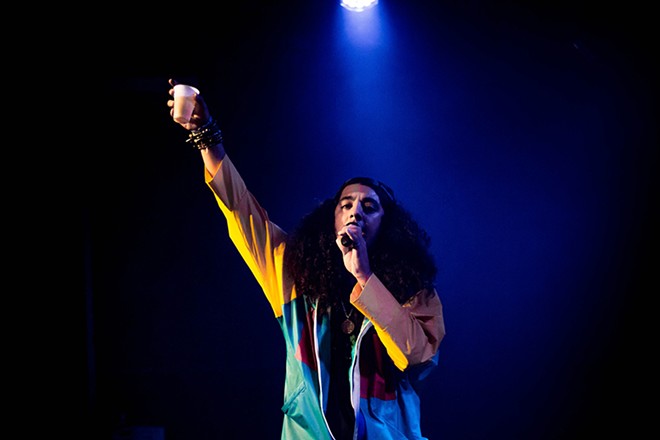 This Brazilian rapper first started blowing through the Orlando underground a few years ago like a chill tropical breeze. Very early on, it was clear that his is a voice that's original, colorful and utterly new. Not long after he caught our ears, venerated hip-hop hero Talib Kweli went all in on the kid and signed him to his label, Javotti Media. Ever since, Niko has gone from the local grind to traveling the world and lighting up stages with Kweli. He even appeared on Kweli's 2015 album collaboration with 9th Wonder, Indie 500. Even so, when Niko's home, he can still be seen springing up on local stages in his own pop-up shows or making surprise cameos like the one he did with young soul singer Circa over the summer at Will's Pub. – BLH

Since forming in 2011, this throwback soul act has diligently built a solid name for itself. Then, last year, they underwent a drastic overhaul that even involved the replacement of an iconic singer. Somehow, the band emerged like a phoenix, with a new singer (knock-down belter Brenda Radney) and a new attitude. It's a major-league reboot that's resulted in a leaner but definitely meaner band with real grease and grit. They're almost done recording their first full-length album – all analog, of course – with rising scene star Simon Palombi (of the Woolly Bushmen). And they've just signed on with Limited Fanfare (the credentialed Miami record label that's released artists like the Ettes, Lil Daggers, Heavy Drag, Denney & the Jets and MonstrO) for management and Rollo Grady Music (who've done high-profile TV and product placements for legit acts like Natural Child, Pujol and Futurebirds) in L.A. for licensing. Launch sequence initiated. – BLH 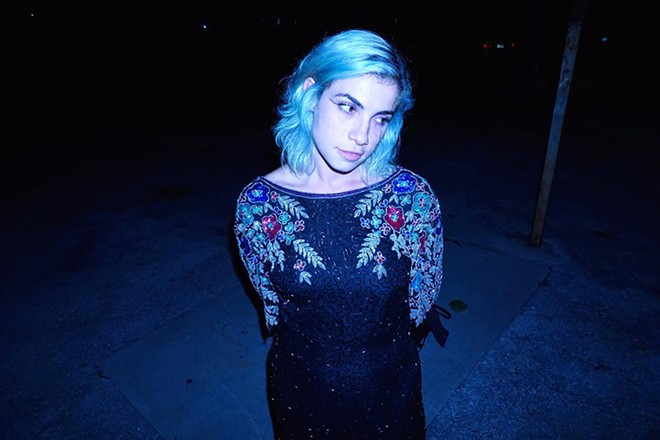 Loop guru Tiger Fawn (née Dani Lacerda) has become a force to be reckoned with in the nebulous realms between pop and experimental music. Hers is a sound that shares sonic space with shoegaze, electronic and the weirder end of the FM radio dial. Though the project was once a band, Tiger Fawn and Lacerda are now one and the same ­– art melding with artist, emphasis on Art. Tiger Fawn created a "digital forest" for a concert that was livestreamed only, has collaborated with R&B iconoclast Fiona, and is finishing an "intergalactic" concept album called The Adventures of Space Tom. The focus of the year for Tiger Fawn, both artistically and personally, has been on growth and evolution. As for most of us, her year has been one full of challenges: "I spent the last year taking hits and slowly building a cocoon of numbing self-preservation. I was riding the wave of inertia Tiger Fawn had built, but couldn't do any more than just hold on." Lacerda cryptically promises that the best/weirdest is yet to come: "If you were already bespelled by the little creature known as Tiger Fawn, I can assure you what comes out of the chrysalis will be nothing short of 'What the fuck?'" – MM 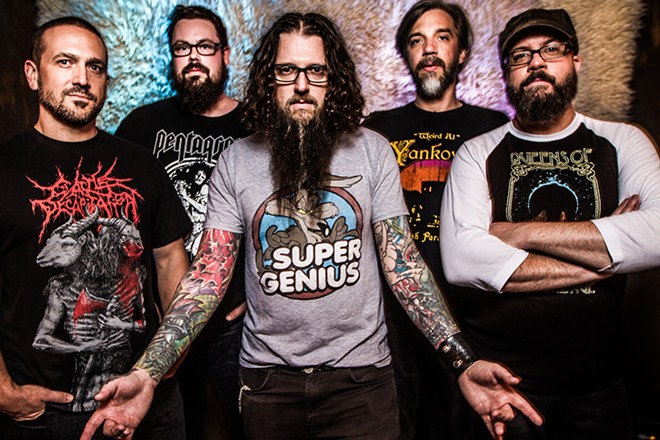 For almost every metal connoisseur in the area, stoner-sludge band Junior Bruce is high on the list. Even if a big national breakout has mysteriously eluded them so far, their bloodthirsty sound and searing live shows have earned them perennial status as one of Florida's nastiest products. Since their 2012 debut LP (The Headless King), the band has soldiered on through a gutting series of personal tragedies. Now, the Southern diablos have finally returned with a full-length follow-up. Released on Halloween (naturally) and streamed exclusively on Metal Injection, the long-awaited and thrillingly noxious Endless Descent is the official document of a mighty band back up to speed and on the warpath again. – BLH Chandler Strang is one of the city's most creatively restless and productive music figures right now. The fact that he sired and juggles at least three projects – indie-pop band Saskatchewan, indie-rock band Case Work and electronic act Dromes – is noteworthy enough. But the fact that all of them stand tall as paragons of Orlando music is testament to the quality and variety of his talent. His next focus will be the back-to-the-'80s neon dream of his first baby, Saskatchewan. In addition to the fresh material he's currently working on for the next album, the band will soon re-emerge with completely new blood, the latest addition being ace drummer Tyson Bodiford (Summerbirds in the Cellar, Acoqui, et al.). – BLH 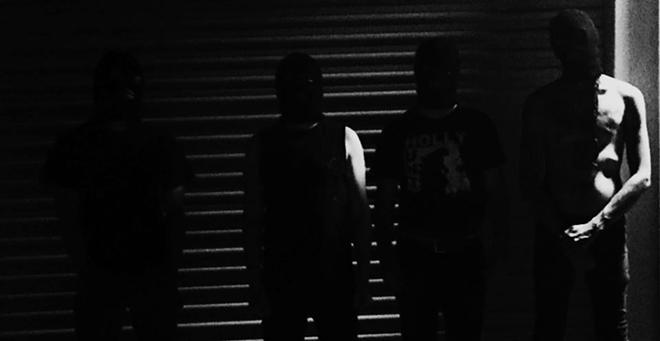 Discordant grind abusers Ad Nauseum are the hardest-working band in the local DIY metal/noise scene, constantly booking and playing shows with similarly bloodthirsty underground dwellers (from Hijokaidan to Yautja), maintaining multiple side projects, as well as releasing an ever-flowing stream of music, including: a recent cassette on Broken Limbs Recordings, a new album set to be released before the end of the year and an album's worth of songs written and ready to record. The band, however, clarifies, "Our music is meant to be experienced live, rather than on a recording." In many ways, Ad Nauseum's creative arc is building toward a peak at the end of this year with the Florida Is Loud festival, a weekend packed full of Floridian (and affiliated) metal/punk/noise/grind that members of the band are helping to organize. It's a powerful lesson: Unsatisfied with your chosen subgenre's scene? Make your own. – MM Orlando party-starter and personality Harry Hillard Morall III has been keeping the landscape spiced and interesting for a few years by bridging the party and indie scenes under various guises and names (Mr. 3, Black Liz Lemon, etc.). All that has now culminated in Fiona, his latest fully conceived project. It's a current, multidimensional convergence of rap, R&B and funk that, live, is a full-band affair that includes some of the sturdiest players in the city's indie scene. But what makes the whole thing fly is Morall's larger-than-life charisma. Add it all up and it's a big, shiny ball of style, levity and sex. Fiona's debut full-length, GOLDBABY, just dropped this month and glimpses of it have already been making the blog rounds. – BLH