20 Orlando shows not to miss between now and the end of the year, plus a few more worth a road trip

Summer has come and gone, but who cares about that when you’ve got this much incredible live music to look forward to? From arenas to sweaty little holes in the wall, from flawless pop hooks to spaceway trippers to noise grinders, from locals to international superstars, there’s no limit to the reasons for you to go out and catch a gig. See you in the pit!

In a rare Florida appearance from a scion of Brazilian music royalty (she is the daughter of bossa god João Gilberto), Bebel Gilberto keeps the family tradition alive with a modern and earthy take on the bossa nova sound that her father pioneered. Gilberto's music is at once warm and breezy, unhurried, jazzy and slinky, but every note is suffused with melancholy and yearning. The bossa nova sound is as fresh and wondrous in Bebel Gilberto's hands as it was when Getz/Gilberto blazed new trails, and her voice is a thing of wide-eyed, dexterous wonder. Summer forever. (MM)

Triple threat Meghan Trainor (singer/songwriter/producer) has become a bona fide pop sensation on her own terms, all by dint of her own hard work and performance savvy. Although a struggle with vocal cord hemorrhages in 2015 nearly stopped her promising young career dead in its tracks, Trainor soldiered through. Her music is an ebullient mix of modern pop and R&B tropes with Trainor's distinctive purr riding shotgun. (MM) 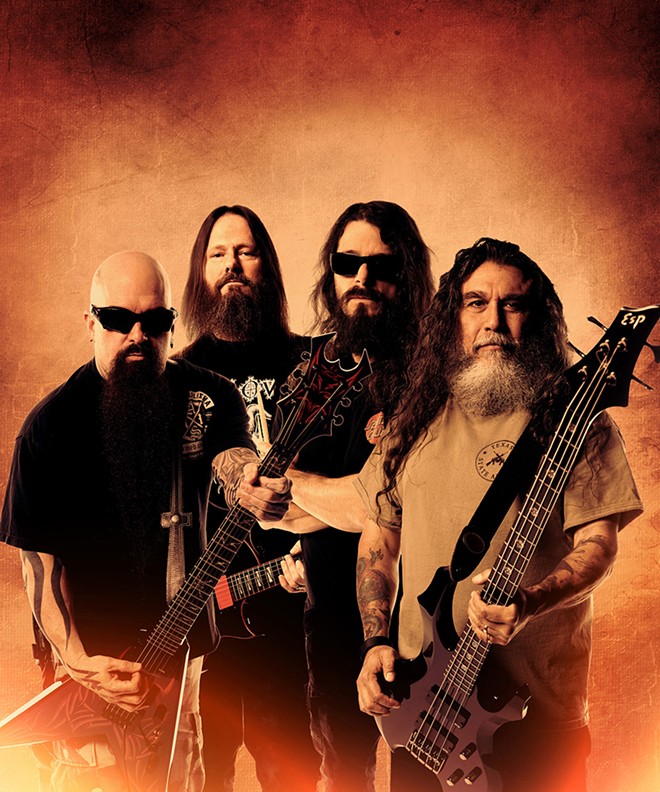 Though the pioneering occult thrash quartet is down both drummer Dave Lombardo and imposing guitar warlock Jeff Hanneman (R.I.P.), singer-bassist Tom Araya and human diabolus en musica Kerry King soldier on. And if Guns N' Roses can go out there and sell out arenas without their original drummer and rhythm guitarist, well, Slayer have more than earned that payday just on the strength of the opening notes of "Angel of Death." Rounding out the bill are fellow thrash legend Anthrax, and, intriguingly, one of the great cult acts of the Bay Area thrash scene, Death Angel. (MM)

This solo outing from Destroyer guiding light Dan Bejar – as part of a lengthy U.S. tour – promises a fragile and intimate, though winding and uncertain, traipse through Bejar's chameleonic sensibilities and aesthetic. A vulnerable, pinched voice masks a restless artistic sensibility that has seen Destroyer lineups change drastically and dalliances in music ranging across the pop and avant spectrums. But tonight it's just him and his vast body of work, and it's up to your ears to find the connective tissue between them. (MM)