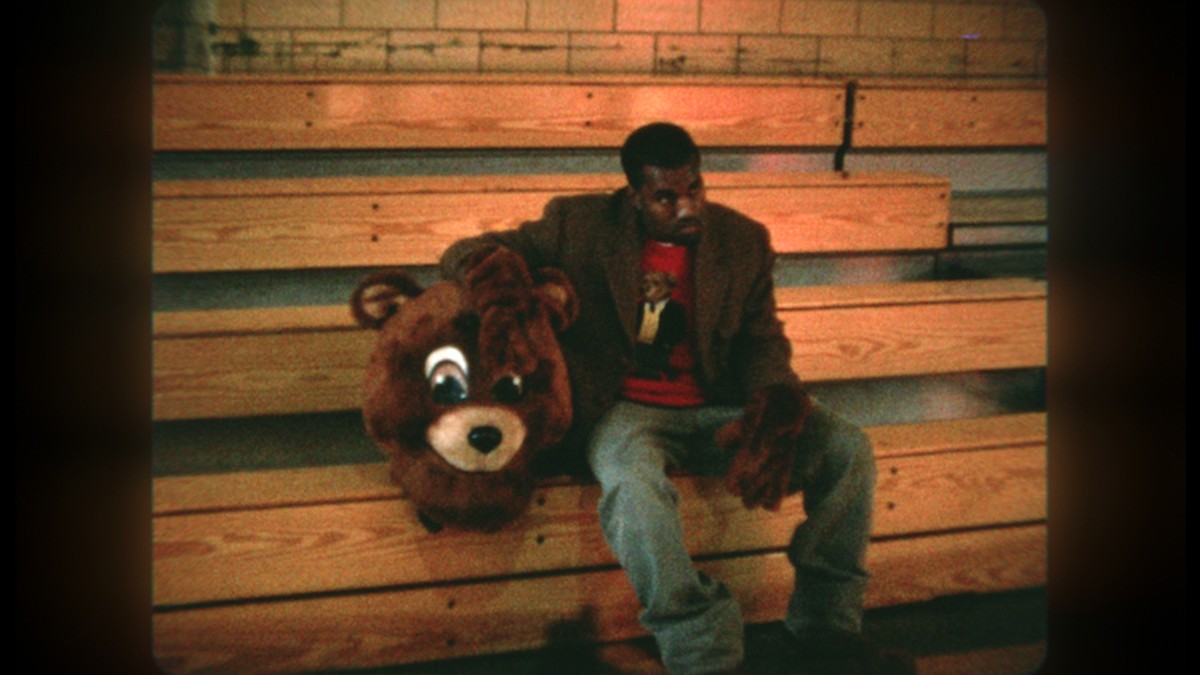 Premieres Wednesday: Jeen-Yuhs: A Kanye Trilogy — Let's start off the week with some good old-fashioned cray-cray. Straight from Sundance comes a three-part documentary that's out to show how dear old Ye became a worldwide phenomenon. And not, you know, a dane-jeer-us psychotic. (Netflix)

Secrets of Summer — A venerable Argentine hotel is in need of saving, and only a group of plucky teen wakeboarders can do it. Well, who would you leave it up to — qualified adults? (Netflix)

Premieres Thursday: Big Nate — From the Nickelodeon Animation Studio come the adventures of a prank-loving 6th-grader who's also a budding cartoonist. Yeah, and Brendon from Home Movies wanted to be a filmmaker, but you know where he is now? Shooting gender-reveal parties in Palo Alto, I'll bet. (Paramount+)

Dream Raider — Two years after it premiered on HBO Asia, we're getting this Taiwanese series about criminals who can invade your dreams and the good guys who are out to thwart them. Sounds like somebody's solution to the "Will the top fall or won't it?" dilemma from Inception was elegant in its simplicity: "Grab that thing, and don't tell anybody where you got it!" (HBO Max)

Erax — When a doting aunt reads aloud to her niece from a seemingly innocuous storybook, it unleashes a legion of pernicious evils they wish they had never summoned. Tennessee gonna tell their kids this was Maus! (Netflix)

Forgive Us Our Trespasses — And speaking of the Nazis ... did you know that in addition to their hatred of Jews, gays and gypsies, they also weren't particularly fond of the disabled? That's the premise of this dramatic feature about a young boy hunted by the Third Reich over a simple limb difference. Stay away from Waterford Lakes, kid! Those stormtroopers aren't nearly as cute as Taika Waititi had us believe. (Netflix)

Texas Chainsaw Massacre — The ninth entry in the classic slasher franchise pits a band of young influencers against the fearsome Leatherface. I always say you should never bet against somebody who hides behind a mask that used to be a human face. Which is why I'm banking on the influencers. (Netflix)

They Live in the Grey — What looks like domestic abuse might instead be supernatural interference, as a social worker learns when she's sent to investigate a troubled family. Worst-case scenario: The malevolent spirit loses its job with the Winter Park Police Department. (Shudder)

Trolls: TrollsTopia — Plot developments in Season 6 include the arrival of a bubble storm and Poppy accidentally offending a Cloudwhale. If you've waited tables, you know just what that's like. (Hulu and Peacock)

Yabba-Dabba Dinosaurs — If you want to get technical, Season 2 of this Flintstones spinoff series is actually the last 13 episodes of Season 1. Listen, pay-leolithic, pah-leolithic. I've got bigger bronto burgers to fry. (HBO Max)

Young Wallander: Killer's Shadow — In Season 2 of the British-made, Sweden-based crime drama, a seemingly ordinary case of hit and run might point to a vast conspiracy. Or it could just mean that Caitlyn Jenner was late for Pilates. (Netflix)

Premieres Friday: The Cuphead Show! — Like the video game on which it's based, this series harkens back to the salad days of early-20th-century animation. And like that game, it also has some bizarre contemporary flourishes — including a recurring role for Orlando export Wayne Brady as the Devil's second-in-command. Right now, all of the SAK Lab Rats are scrubbing "allergic to brimstone" from their LinkedIn profiles. (Netflix)

Downfall: The Case Against Boeing — Crusading documentarian Rory Kennedy exposes a culture of cost-cutting that's been blamed for Boeing's in-air disasters. For more on the topic of airline malfeasance, consult my YouTube white paper, Spirit, Frontier ... Which of You Has My Goddamn Bag? (Netflix)

Lincoln's Dilemma — Jeffrey Wright narrates a four-part documentary exploring the complex social currents that led to our 16th president's freeing of the slaves. From what I remember of my history, the hardest part was dealing with that naggy Sally Field. (Apple TV+)

Lov3 — Modern relationships get a serious examination in a Portuguese series about a trio of siblings who participate in open marriages, throuples and liaisons with partners of a different sexual orientation. Just no funny business with one another, thank you; this is Portugal, not The Villages. (Amazon Prime)

The Marvelous Mrs. Maisel — In the long-awaited Season 4, our heroine strives to become a comedy-club headliner who can say anything she wants, in the mold of the great Lenny Bruce. Aw, shoot for the stars, Midge! Go for Tom Green! (Amazon Prime)

Severance — Ben Stiller produces and directs a high-concept thriller series in which a surgical procedure renders corporate drones unable to remember their personal lives while they're on the job. "What's a personal life?" wonders Jeff Bezos, ordering minions to replace the pee cans. (Apple TV+)

Space Force — The reaction was mixed to Season 1 of Space Force, which ended with astronauts stranded on the moon and General Naird (Steve Carell) facing a court martial. That may be why there are fewer episodes (just seven) in Season 2, which adds the complication of a new administration for the team to report to. SPOILER: It doesn't matter anyway, because Joe Manchin says those astronauts can rot. (Netflix)

Premieres Tuesday: Cat Burglar – If The Cuphead Show only made you hungry for more vintage-style cartoons, here comes a mashup of that kind of animation with an interactive trivia game. Answering correctly helps you determine the fates of cute characters who are rendered à la Tex Avery. Trivia question No. 1: "Who was Tex Avery?" (Netflix)

Race: Bubba Wallace — Documentary cameras follow the driver/activist who convinced NASCAR to ban the Confederate flag at its events. Hey, if Caitlyn Jenner could get those goons to stop chanting "Let's go, Brandon," I'd call her a great driver too. (Netflix)