Widows is a waste of talent 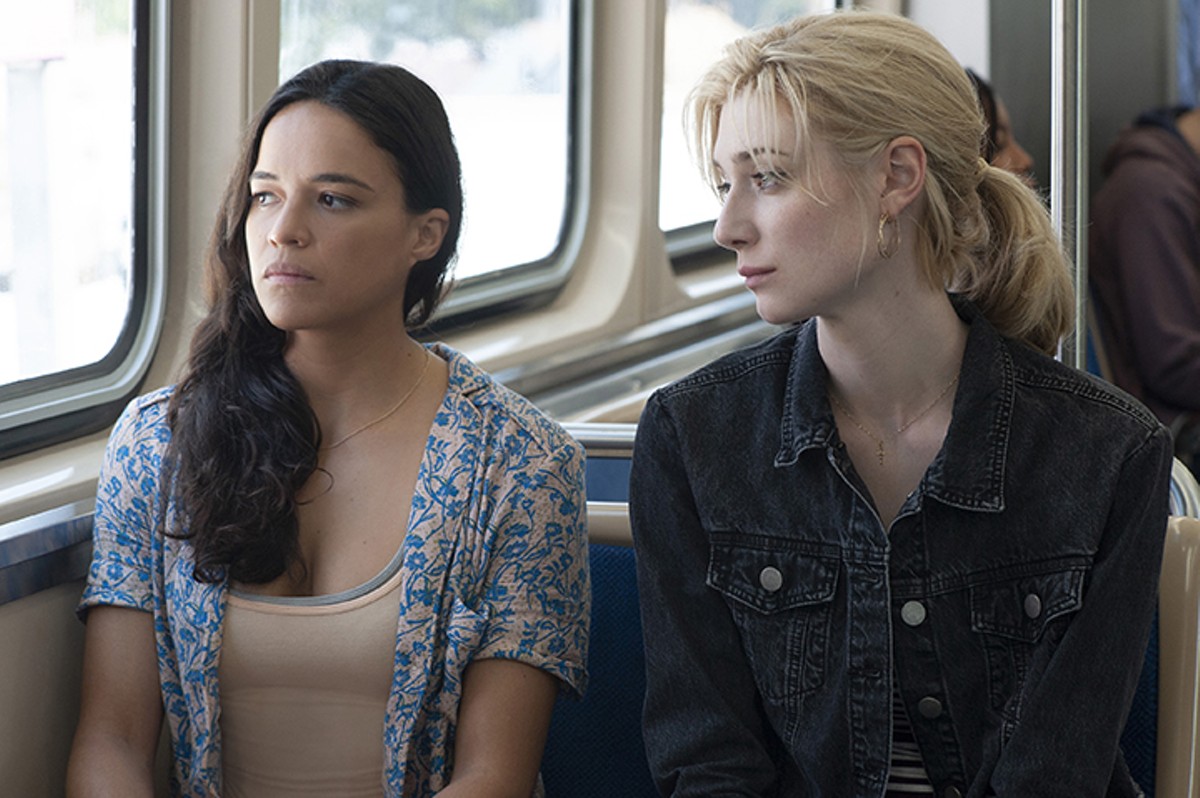 How do you make an emotionally satisfying, well-structured film out of a plot-packed mini-series? Answer: You don’t, as evidenced by Widows, the new heist drama by British director Steve McQueen.

Written by McQueen and Gone Girl author Gillian Flynn, Widows is based on a 12-part show that aired on Britain’s ITV in the 1980s. Though that series slowly unfolded over a total of 600 minutes, McQueen has crammed his into only 129. He’s taken many of the original series’ plot lines, changed the settings and backstories, peppered them with too many actors and stuffed in social issues – from police brutality to racism to political corruption to the Me Too movement. And then, just in time for Thanksgiving, he’s undercooked it, serving up the cinematic equivalent of a half-baked turducken. Admittedly, this type of smorgasbord is pretty common these days, but one expects more from a chef as talented as McQueen (Shame, 12 Years a Slave).

Widows begins with a theft gone wrong. A group of four men, led by Harry Rawlins (Liam Neeson), steal $2 million from a powerful Chicago crime boss (Brian Tyree Henry) who also happens to be running for alderman of the city’s 18th ward. Though Harry and his gang get away with the money, they are killed by police in the subsequent chase. Once the crime boss discovers it was Harry who pilfered, he comes after his widow, Veronica (Viola Davis), demanding restitution. Not knowing where else to turn, Veronica contacts the other three widows, and together they hatch a heist of their own that will pay back the money and also put a little cash in their own pockets.

If this sounds like a lot to digest in the film’s first hour, just wait until McQueen piles on subplots aplenty. We get one involving a rival alderman candidate (Colin Farrell) and his crusty, old, racist dad (Robert Duvall); another involving a local preacher who is pressured to endorse a candidate in the alderman race; and still another about a brutal hitman (Daniel Kaluuya). And each of the four widows has her own tales too, which include graphic sex, white cops shooting an unarmed black man, violence against women and an eccentric performance by Jacki Weaver as, well, a mother of a mother. Oh, and there’s a pretty nifty, if contrived, twist, too. It’s enough to give even the most Altmanesque director pause.

The good news is these types of films are often filled with good actors. Though this one is no exception, not every performance is a winner. As the dead gang leader whom we see mostly in tedious, romantic flashbacks, Neeson again earns his reputation as the most overrated actor working today. And the normally reliable Farrell just never catches fire, perhaps because his Chicago dialect occasionally veers toward his native Irish brogue. But the other supporting actors are competent, including Kaluuya (Get Out), Cynthia Erivo (Bad Times at the El Royale), Michelle Rodriguez (Fast & Furious franchise), Elizabeth Debicki (The Great Gatsby), Garret Dillahunt (12 Years a Slave) and Duvall, who, at 87, lends gravitas despite his too-brief turn. Still, only Davis is truly memorable. Though she almost single-handedly gives the film momentum, one grows tired of the script’s insistence that she display unwavering sorrow and anger.

“This is not your world,” Veronica is warned. And that’s true, as she was never involved in her late husband’s career. Still, we’re asked to believe that she and her new friends are able to conquer that world in a matter of days. Not even the acting of Davis is up to that challenge.

With a more deliberate pace, better character development, less annoying camera movement and the deletion of some sub-plots, Widows might have succeeded. But it’s also hampered by McQueen’s overemphasis on the aforementioned social issues. The director’s heart is in the right place, but the inclusion of these weighty topics is haphazard and lacking in subtlety. He got thematically greedy.

Ultimately, Widows wilts not because it’s an ordinary heist drama, but because McQueen was trying too hard to make an extraordinary one. And though there is no denying the entertainment value, the overstuffed and overreaching story will leave you hungry for haute cuisine.