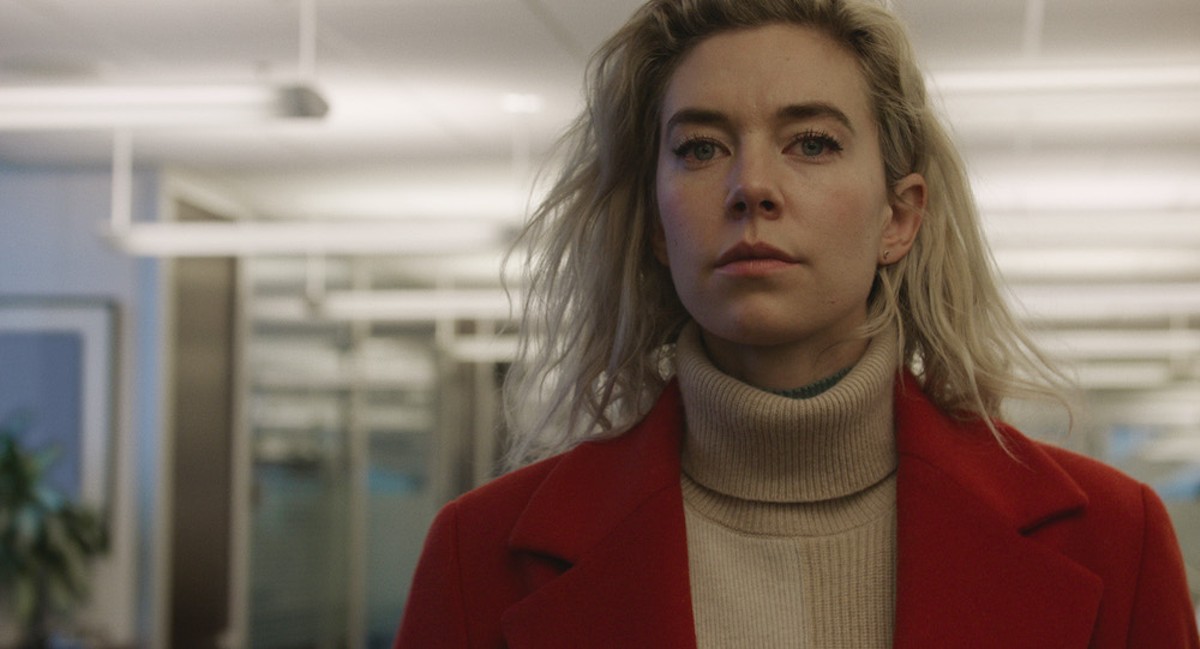 Vanessa Kirby in 'Pieces of a Woman,' premiering Friday on Netflix photo by Benjamin Loeb
Happy New Year! While you were sleeping off your revelry (read: furiously refreshing your browser to schedule a vaccination), some of your favorite streaming services announced new programming for this week. Here’s the handful of shows that dropped in after our deadline for last week’s double issue had come and gone (just like your window for a vaccination. Awwww!).

Premieres Wednesday:
Surviving Death — In six episodes adapted from Leslie Kean's book, scientific research and firsthand testimonials explore the possibility of an existence beyond this realm. Listen, at this point, I'd settle for an existence beyond Trader Joe's. (Netflix)

Premieres Thursday:
Coyote – Twelve years after he ended his run on The Shield – and five years after he dropped to the position of only the second worst Ben Grimm in cinema history – Michael Chiklis is back. This time, he’s playing a border patrol agent whose outlook changes when he has to go to work for “the people he spent his career trying to keep out of America.” I’m assuming that means Mexicans, but it would be kind of fun to come up with other options. The Belgians? The Boxtrolls? The entire cast of The Prom? The possibilities are limitless, even for a six-episode series. Or at least a kick-ass game of Cards Against Humanity. (Welcome back, Michael. Did you bring the guac?) (CBS All Access)

Pieces of a Woman — Martin Scorsese executive-produced (read: had nothing of consequence to do with) this drama about a home birth that goes bad. Ellen Burstyn plays an iron-willed mother-in-law, in a role that will no doubt prove she learned everything she knows from Sarah Paulson. (Netflix)

Premieres Friday:
Pretend It’s a City – Apparently, Martin Scorsese didn’t get enough of Fran Lebowitz when they made Public Speaking together 10 years ago. Because here they are teamed up again, for a docu-series in which he follows her around Manhattan, listening to her shoot-from-the-hip opinions about all aspects of city life. Naturally, the program was shot before the pandemic hit, which is bound to lend a bittersweet tinge to Lebowitz’s ruminations over what’s right and wrong with New York. I’m looking forward to the lightheartedness we’ll all feel in 2031, when we’ll get to hear Scorsese chuckling over Lebowitz’s complaints that those roving gangs of mutant cannibals have simply ruined the character of the Strand. (Netflix)

Stuck Apart – Remember that old episode of SCTV in which station manager Guy Caballero tried to save money by importing a bunch of cheap programming from Turkey? Try keeping that image out of your head while you watch Stuck Apart, a Turkish comedy about a middle-aged guy who’s dissatisfied with his career, his friends and his family. Somehow I didn’t think we’d need to go all the way to Istanbul to find somebody who met that description. But hey, a streamer has to fill airtime any way it can, right? As Guy Caballero once said, get ready for laughter. And tears. And Turks! (Netflix)


Herself — Working from a script she co-wrote, Clare Dunne portrays a single mother who flees an abusive spouse and finds spiritual renewal in building her own home. Right, because everyone you see at Home Depot is always totally on the up-and-up. (Amazon Prime)

Marvel Studios: Legends — In advance of the premiere of next week's WandaVision, learn all about Marvel's wacky power couple, who can alter your reality and disappear before your eyes. Wow, remember when the worst you had to fear from the neighbors was key parties? (Disney+)

Premieres Saturday:
A Discovery of Witches Season 2 — Star Teresa Palmer and the gang are back for 10 more episodes of the British fantasy series about an unlikely alliance between slouching denizens of the supernatural. See, I knew Joe Biden could bring everybody together! (Shudder)

Premieres Sunday:
Tiger – This documentary promises to retrace the rise, fall and rise of Tiger Woods. But with only two weekly episodes, where does that leave room for the second rise? Sounds pretty asymmetrical, if you ask me. Then again, math was never my strong suit, which is part of the reason I also sucked at golf. I could just never figure out how to score 5 strokes on a par 4 with a 9-iron. Especially with that damn windmill whirring away. (HBO Max)

Premieres Monday:
Crack: Cocaine, Corruption & Conspiracy — Revisit the crack epidemic of the 1980s in a documentary that shows how the war on drugs created mass devastation for communities of color. On the other hand, Duran Duran got to cover "White Lines." (Netflix)