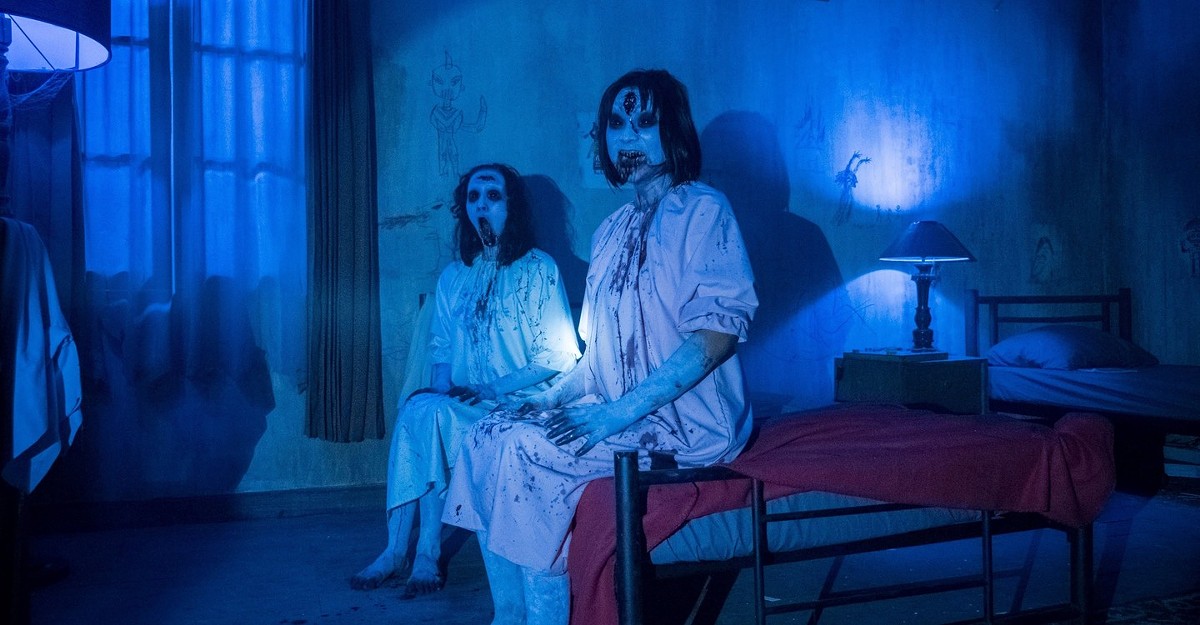 'May the Devil Take You Too'

Premieres Wednesday: Burning Ojai: Our Fire Story – Resident Michael Milano filmed this 45-minute documentary about the Thomas Fire that destroyed nearly 300,000 acres of property in Ventura County, California, in 2017. And boy, am I relieved that's all over. (HBO Max)

You Animal! – In the first animated Netflix film from the Philippines, a lady cat who sells perfume in a department store has to choose between her janitor boyfriend and a dog with genuine assets. The movie sparked controversy back home, thanks to voice actor Robin Padilla being an outspoken supporter of fascist president Rodrigo Duterte. In related news, filming starts next year on Mel Gibson's latest project, Chicken Running Dog. (Netflix)

Premieres Thursday: May the Devil Take You Too – Indonesian filmmaker Timo Tjahjanto presents the sequel to his 2018 shocker about a young woman dealing with the repercussions of her father's deal with the Devil. This time, she gets to enjoy the upside: China gives you your own clothing line! (Shudder)

The Monster at the End of This Story – Those of us who grew up on The Monster at the End of This Book have always assumed that watching lovable, furry old Grover build brick walls and tie himself into knots to stop us from turning pages was an experience that only made sense in the context of, well, reading a book. But Sesame Workshop seems to think the material will work just fine as an animated special, because it has ... I don't know, songs and stuff? Right, and Prairie Dawn no longer needs to know how to write in cursive. (HBO Max)

Premieres Friday: His House – Doctor Who's Matt Smith stars in a thriller about a Sudanese refugee couple who learn that the English community they've settled in holds its own share of nightmares. Boy, there's a twist: Normally, the British have to come to you to really piss you off. (Netflix)

Kaali Khuhi – An anti-infanticide message undergirds this Hindu horror flick about a 10-year-old girl who's haunted by the past atrocities of her village. Please, just don't tell me there's a monster at the end of her town. (Netflix)

The Mandalorian Season 2 – Season 1 had the greatest reveal in the short history of streaming. So how can this next batch of eight episodes possibly top it and create another merchandising juggernaut? Hell, I can do that for ya in just four words: Mel Brooks; Baby Yogurt. You're welcome. (Disney+)

Suburra: Blood on Rome – In the final season of the Italian crime drama, underworld alliances shift as its power players go after a big score. I'm pretty sure it isn't a Chinese clothing line, because the Mafia would find that too sleazy. (Netflix)