What's new on Netflix, Shudder, Hulu, Disney+ and the rest 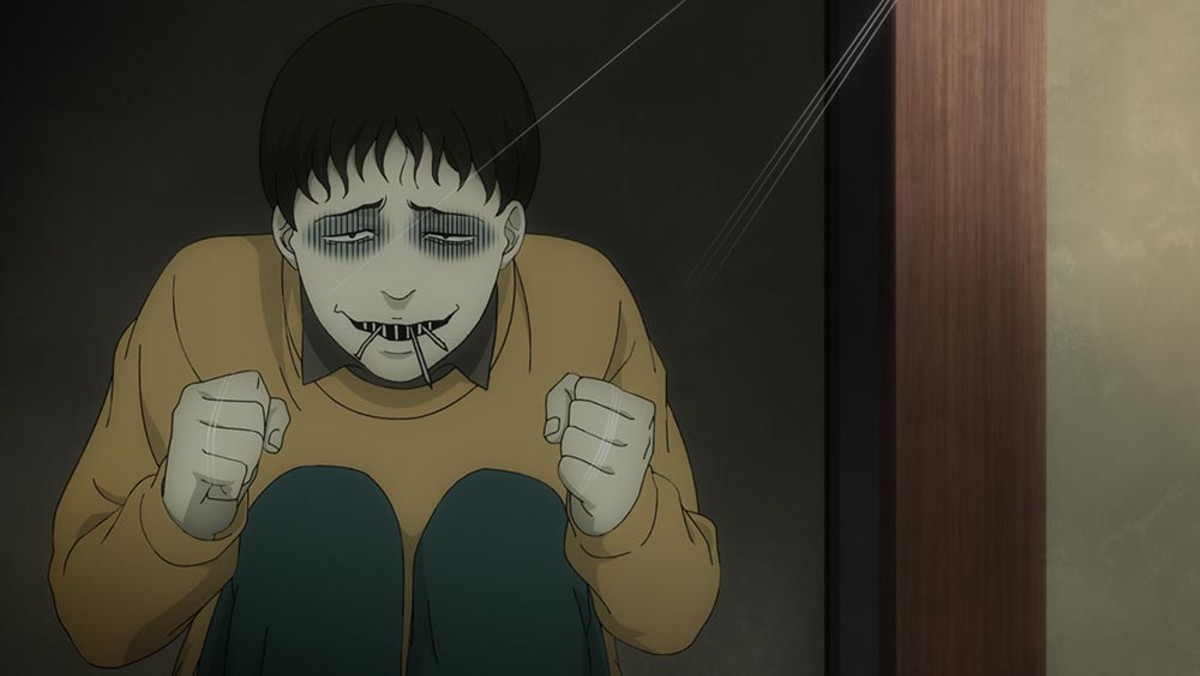 Premieres Wednesday:
Are You the One? — After a three-year hiatus, the former MTV staple resurfaces on streaming, with a new bunch of singles trying to identify the soulmate an algorithm has already found for them. Right, because that's something you really want to leave up to a technology that paints human beings with six fingers. (Paramount+)

King Shakir Recycle — A Turkish cartoon provided the foundation for this animated feature, in which the people of Earth face the consequences of dumping their garbage on other planets. But you know, try convincing a bunch of Martians that Elon Musk is just a "goodwill ambassador." (Disney+)

Premieres Thursday:
AlKhallat+ — The first Saudi film ever shown on Netflix is a revival of a hit online series that launched in 2017. It's an anthology of four stories that all involve the theme of lies and subterfuge. Let me guess: Somebody thinks he can get away with using the wrong fork for his salad, but the joke's on him because it's actually a bonesaw. (Netflix)

Junji Ito Maniac: Japanese Tales of the Macabre — The Eisner Award-winning manga creator presents an anime adaptation of 15 of his greatest works, plus five brand-new stories. Titles like "Mold" and "Back Alley" indicate that the new stuff may be heavily influenced by the Florida housing market. (Netflix)

Sorry About the Demon — Emily Hagins' horror comedy finds an overwhelmed guy trying to perform an exorcism on his new home and win back the ex who dumped him. If she really wants to twist the knife, she can report him to the HOA for unapproved modifications. (Shudder)

That '90s Show — The offspring of the Eric/Donna and Kelso/Jackie relationships are the lead characters of this sequel series to That '70s show. And while now-grandparents Red and Kitty are the only holdovers among the regular cast, there'll be guest appearances by the entire original gang — except for Hyde, who's presumably off fathering Andrew Tate or something. (Netflix)

Web of Death — True crime goes all populist in a six-episode docuseries that shows "amateur online detectives" cracking cases the authorities could not. Interestingly, the verdict they hit upon in every single instance is "death by jab." (Hulu)

Premieres Friday:
Bake Squad: Season 2 — Christina Tosi and her quartet of master bakers are back to see whose dessert creations can win over the choosiest of clients. Once again, there are no cash prizes to be earned — just the satisfaction of a job well done. And if that doesn't sound bad enough, the losers have to run DC Films. (Netflix)

Bling Empire: New York — This spinoff of the reality hit focuses on the successful lives of Asian-Americans in the Big Apple. Gosh, and it seems like only yesterday they had to riot just to get a picture of Bruce Lee on the wall at Sal's Pizzeria. (Netflix)

Fauda — Season 4 of the Israeli-made thriller about the hunt for Palestinian terrorists takes the action to Brussels, Lebanon, Janin and Ramla. And also maybe a few locations Netanyahu hasn't declared a right to. (Netflix)

Jung_E — The late Kang Soo-yeon stars in a South Korean sci-fi flick set in a fractious post-apocalyptic future, where a delicate brain-cloning experiment is the key to bringing a warring humankind together. In an added complication, the pool of available donor brains is limited to DeVry grads. (Netflix)

The Legend of Vox Machina — In Season 2 of the anime series adapted from Critical Role's celebrated Dungeons & Dragons campaign, our heroes have to contend with a full-scale dragon attack. Which may sound bad, but it's nowhere near as traumatic as your mom needing her card table back because her mah-jongg club is coming over. (Prime Video)

Represent — Will France get its first Black president in this satirical series, which sees a suburban youth advocate unexpectedly thrust into the political spotlight? Listen, stranger things have happened. Not in France, obviously, but they've happened. (Netflix)

Shahmaran — Turkey updates one of its classic folktales for a live-action series about a snake/human hybrid that falls in love with a mortal. In the original story, the mortal was a man, but now the character has been flipped to the exact opposite: Ben Shapiro. (Netflix)

Shape Island — Stop-motion characters voiced by the likes of Yvette Nicole Brown and Harvey Guillen teach preschoolers the difference between a circle, a triangle and a square. I don't know about the first two, but a square is somebody who thinks your kids will turn off PAW Patrol for this. (Apple TV+)

Truth Be Told — The job for true-crime podcaster Poppy Parnell (Octavia Spencer) in Season 3 is to crack the case of some missing girls the media don't seem especially concerned with. Wow, I bet those chicks aren't very blonde. (Apple TV+)

Premieres Tuesday:
How I Met Your Father Season 2 — Hillary Duff's Sophie and Chris Lowell's Jesse had drifted back toward their respective exes at the end of Season 1, but they have a whole 20 new episodes to see if they can rekindle their bumpy relationship. Meanwhile, a lot of us think our best prospect for 2023 might be to bump up our Kindle relationship. (Hulu)

Physical: 100 — The ever-industrious South Korea stakes its claim to the "reality survival" genre, with 100 peak physical specimens undergoing grueling tests of endurance to be named the fittest. Huh. I guess this is the sort of resolution you make when you don't do Kindle. (Netflix)