The Lighthouse gets lost in its own shadow

Robert Pattinson and Willem Dafoe in The Lighthouse Photo by Eric Chakeen
The Lighthouse
Opens Friday, Oct. 25
1.5 out of 5 stars

Adrift on a cinematic sea? I pray Robert Eggers’ Lighthouse doesn’t become your beacon. You’ll be dashed to death on the rocks of pretension.

After a promising directorial debut in 2015 with The Witch, Eggers returns to New England – or, more precisely, an island off the coast of the northeastern United States – with his latest suspense movie. While the former film tackled 17th-century witchcraft, his new one (set two centuries later) focuses instead on demons of a personal, psychological nature.

This is the tale of two “wickies” trapped in their remote lighthouse for more than twain fortnights, forced to confront bad tempers, diminishing rations, manual labor, stormy weather and surprisingly ill-mannered seagulls. Eventually, as one might expect, they go slightly mad. Or were they mad to begin with? Or are they the same person, metaphorically? These might all be weighty, existential questions worth pondering had they been presented in a smarter script by actors more in command of their performances.

As Thomas Wake, Willem Dafoe is satisfyingly unhinged, his mad eyes captured by the 35mm black-and-white film. But he also employs too much Boondock Saints overacting, as if Eggers’ only instructions were to go full salty sea dog. And to paraphrase Tropic Thunder, you should never go full salty sea dog. Couple the lack of discipline with a dialect that seems to belong more to (old) Hampshire than New England, and Dafoe leaves the film teetering on the brink of farce.

“You sound like a goddamn parody,” his assistant, Ephraim Winslow, tells him. A truer line isn’t spoken in the entire movie.

The good news is the film is atmospheric and luminous, like something out of the 1920s, complete with an old-fashioned, boxy aspect ratio. Perhaps Eggers was striving for claustrophobia with the ratio (or mimicking the lighthouse’s verticality), but the disappointing story predominates. Still, Eggers – who co-wrote the script with his brother, Max – scrapes the surface of some interesting metaphors. For instance, Thomas never allows Ephraim to see the lamp. “The light is mine,” he tells his young assistant. Predictably, that leads Ephraim to both fear and seek it. Enter moth, stage right.

If Pattinson is scared of the light, Eggers seems afraid of the silence, for he punctuates almost every scene with yelling, overscoring and obtrusive sound effects. It makes for a noisy and downright unpleasant experience. So my suggestion would be to skip it and revisit two recent films that more maturely feature lighthouses: Alex Garland’s Annihilation and Erica Fae’s To Keep the Light.

Perhaps The Lighthouse’s more egregious transgression is that, despite its starkly beautiful cinematography, it wrings the magic and romanticism out of the noble, extinct profession of lightkeeping. I’m just glad Augustin-Jean Fresnel isn’t alive to see it. (Google him. Perhaps your research will fill you with wonder the way this film should have.) 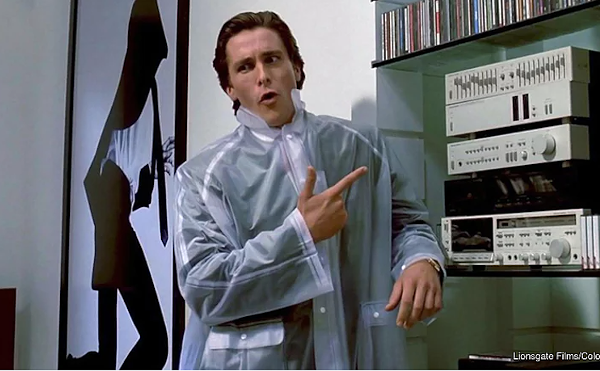