‘The Great Beauty’: one of the best movies of the year 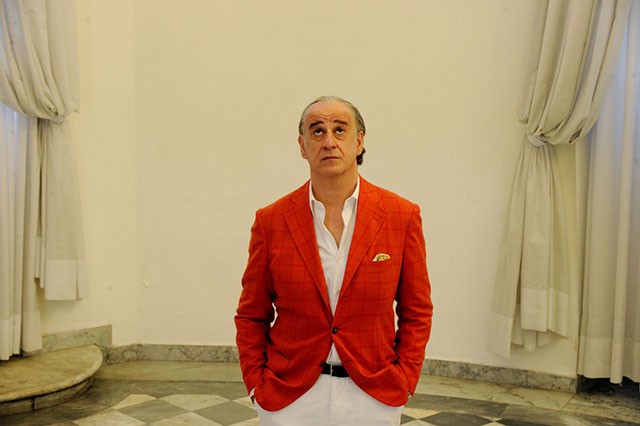 The word “Fellini-esque” is tossed around too liberally. The films given that label often contain some of the fantastical elements of Italian director Federico Fellini’s works, but little of the quality. The Great Beauty (La Grande Bellezza in its native Italian) is imbued with both, boldly planting itself among the top five movies of 2013 and taking home the Oscar for best foreign-language film at this year’s Academy Awards.

Directed by Paolo Sorrentino, who is sometimes compared to Fellini, The Great Beauty stars the brilliant Toni Servillo as Jep, a journalist and socialite. After celebrating his 65th birthday in a style befitting a hedonistic prince, Jep begins to question not just his life, but his entire world – and whether he’ll ever discover real beauty and, therefore, truth.

Despite this sensibility, Jep finds a perverse pleasure in his social status. “I wanted to be the king of high life,” he says. “I didn’t just want to go to parties. I wanted to have the power to make them a failure.” Yet, as the film progresses, Jep increasingly recognizes that he is lost, as are all the characters, including a Vatican cardinal who, though a favorite to succeed to the papacy, is unable to offer a single word of wisdom. Surrounded by decadence, extravagance and pretention, Jep is looking for something greater.

He’s essentially an aged version of Marcello Mastroianni’s character in La Dolce Vita, also a playboy and journalist. Indeed, Sorrentino’s entire film is an update of the 1960 Fellini classic and a commentary on Rome. Even Jep’s closest companions, a stripper and a failed actor, are interpretations of the Eternal City, right down to their names, Ramona and Romano. In stark contrast is the long-lost love of Jep’s life, the aptly named Elisa, whom we learn, in an Elysian Fields visual metaphor, may be the only beauty Jep has ever known.

All these life lessons are told through the swirling, masterful mosaic of Luca Bigazzi’s cinematography, the intellectual editing of Cristiano Travaglioli and the surreal storytelling of Sorrentino. Using nontraditional narrative, comedy, heartbreak, juxtaposition of the vulgar and sacred, and symbolism that can’t be appreciated in a single viewing, the writer-director has given us a mysterious, sensual prism through which to view our own shortcomings and longings.

I end with an open letter to the Academy of Motion Picture Arts and Sciences: Confining this great beauty of a movie to the foreign language category instead of nominating it for Best Picture is a travesty. Add the snubs for The Act of Killing – yes, documentaries can be nominated for Best Picture – and Inside Llewyn Davis, and this year’s statuettes aren’t even worth the cost of the gold it took to plate them.