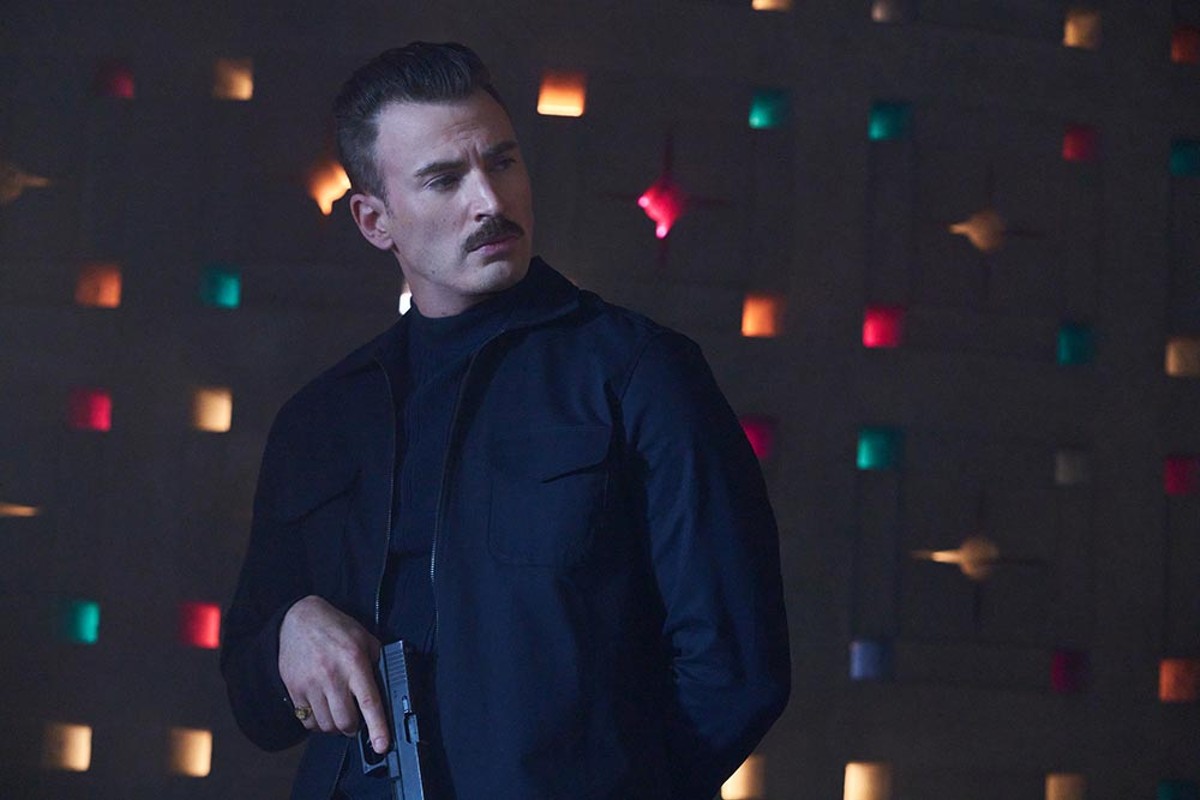 It Was Always Me — When Colombia's top music star dies mysteriously, there's only one way for his daughter to get to the bottom of it: Enter a singing competition to hunt for clues. That's going to be a "justifiable manslaughter" from me, dawg! (Disney+)

All the Same ... or Not — A Brazilian YA novel inspired this series about a 16-year-old who has to deal with several life upheavals at once, including her mother's impending remarriage and her own first love. What she needs is a good homicide to take her mind off everything. (Disney+)

The Virgin River — Season 4 may finally reveal who shot Jack, which happened all the way back in Season 2. Since it's my job to keep my finger on the pulse of this sort of thing, I'm predicting either Kristen Shepard, Maggie Simpson or any one of the 331 million Americans who are now free to pack heat in Sam's Club. (Netflix)

American Horror Stories — Ryan Murphy's attempt to spin off American Horror Story into a series of standalone episodes got pilloried for lacking character development and emotional investment. But that can't have mattered to everyone, because here we go with Season 2. And anyway, it's probably a sign you need to put your life in perspective when you find yourself saying "I'm not getting the depth I expect from Ryan Murphy." (Hulu)

Jurassic World: Camp Cretaceous — In the fifth and final season of the animated tie-in series, our cast of intrepid kids might finally be going home — unless they decide to stand their ground and protect the dinosaurs instead. My vote would be for going home, because those dinos have less loyalty than a Maine Coon. (Netflix)

Moloch — In this Dutch-made shocker, a 38-year-old woman begins to suspect that her family is being hunted by an ancient demon. Just wait until you hit 40, Betriek; you'll pray for problems that mild. (Shudder)

Rap Sh*t! — Issa Rae created and executive-produces a comedy series about former childhood friends who have to repair their relationship to make it big as rappers. "Yes, nothing mends a broken fence like hip-hop," affirms Christopher Wallace, from beyond. (HBO Max)

Anything's Possible — Director Billy Porter and bi-gender screenwriter Alvaro García Lecuona team up to tell the story of a transgender high schooler navigating the pleasure and pain of first love. Check back several times before the premiere date to make sure the film hasn't been retitled Anything's Possible, As Long as Macy Gray and Bette Midler Say It's OK. (Amazon Prime)

Best Foot Forward — The true-life experiences of Paralympian and comedian Josh Sundquist inspired this series about a 12-year-old whose transition from homeschooling to public school is complicated by his prosthetic leg. Orlando's own Roger Dale Floyd plays the character's brother. And what's more, one of our finest lumber yards supplied the leg! (Apple TV+)

Blown Away — Season 3 of the Canadian glassblowing competition has the 10 contestants facing stepped-up judging guidelines as they seek approval for their vases, globes and something Collider interprets as "a terrifying yet beautiful flower with a mouth in the center." I watched the same trailer Collider did, and I saw Mick Jagger going for a plate of deviled eggs. But that's what's great about glass. Everybody sees something different! (Netflix)

The Gray Man — The most expensive original film in the history of Netflix poses the $200 million question, "Can Joe and Anthony Russo make a Marvel-sturdy franchise out of non-Marvel material?" They've certainly stacked the deck in every way possible, bringing along perennial screenwriters Christopher Markus and Stephen McFeely, and even marquee muse Chris Evans, to tell the story of a CIA operative sent on the lam by a nefarious conspiracy within the agency. But lest you think they've merely remade Captain America: The Winter Soldier without the tights, there's a big difference: This time, Evans plays the sleazy mole, with new addition Ryan Gosling as the disillusioned fugitive. And you thought Hollywood didn't take risks anymore. (Netflix)

Trying — In Season 3 of the Britcom about wannabe parents, Nikki and Jason's hopes of adopting have finally come true, and now they have to figure out how to make a life for their two new children. See, pro-choice whiners? Getting through the adoption system isn't nearly the boondoggle you think. All you have to do is survive two seasons of an internationally successful comedy program, and you can have all the legal dependents you want. (Apple TV+)

Gabby's Dollhouse — Season 5's preschool adventures inside the magical dollhouse include a "Catoween" celebration for all the frolicsome felines. Remember when we had to wait until actual October for the Halloween episode of our favorite shows? I think this is that "generational trauma" I keep hearing about. (Netflix)

Di4ries — A new teen drama from Italy explores all the typical growing pains going on at Galileo Galilei Middle School, like navigating budding romances and weathering classroom rivalries. And of course, buying meth from the kids at Enrico Fermi Private Academy. (Netflix)

Never Seen Again — Tyler Perry continues on his mission to bring closure to grieving families, with a second season of stories about loved ones who disappeared without a trace. Better known as the show that really thinks your dad went out for smokes. (Paramount+)

Santa Evita — Mark the 70th anniversary of the death of Eva Peron by watching this seven-episode docuseries about the curious game of keepaway her survivors played with her corpse. Hence those famous lyrics from the musical: "Stand back Buenos Aires / Because I can get pretty gamey after a few months." (Hulu)

Street Food: USA — In its third season, the show concentrates on the sidewalk delicacies to be found in six American cities. The closest of those cities to here is Miami, which I guess makes sense in a way. Because if you aren't careful enough crossing the street down there, you're road pizza. (Netflix)