The elements are there, but the execution is wanting 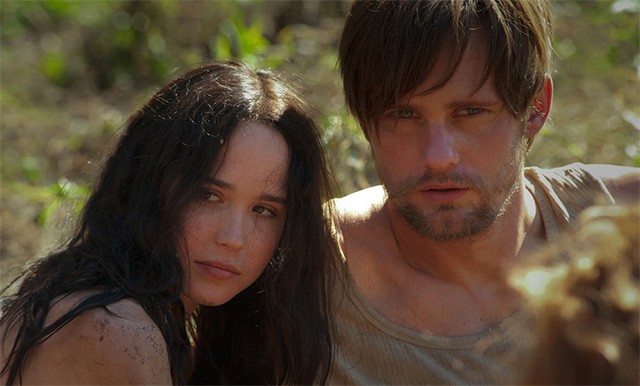 If intentions were all that mattered, then this sophomore collaboration between indie actress Brit Marling and director Zal Batmanglij (their first was Sound Of My Voice) would be something to crow about.

Pitting anti-corporate militants against corporate security forces, The East kicks off with a potent air of mystery and subversion, suggesting a morally complex thriller that confronts for-profit ethics and revenge-minded anarchy. Unfortunately, the young filmmakers’ ambitions don’t quite match their skills, and what we’re left with is a morally vague melodrama that lacks urgency.

Marling is Sarah, a former FBI agent who has found lucrative security work in the private sector. Her icy boss (Patricia Clarkson) sends her into the field to infiltrate the East, a notorious group of anti-corporate terrorists who have embarrassed big-name companies with their outlandish stunts.

Before long, Sarah is pulled into one of the activists’ “jams,” helping to exact revenge on the pharmaceutical company that crippled Doc and poisoned his sister. When she reports to her boss that big pharma execs are in danger, she’s reminded that she’s there to gather info not stop crime ... and the drug company isn’t a client, anyway.

It’s a terse and wickedly promising setup The East never delivers on. Instead of developing its personal and ethical stakes, Marling and Batmanglij impotently shuttle Sarah back and forth between her home and undercover life, while forcing her into an awkwardly written romance with Benji that barely rises above YA fiction.

Their characters are flat, with singular objectives and unspoken doubts. Even such details as Sarah’s Christianity are wasted, as she is never forced to reconcile her beliefs and actions. Only Kebbell, as a medical resident hobbled by Parkinson’s-like symptoms, manages to find depth and nuance in his role.

More tragically, The East undermines its legitimate concerns about unchecked corporate greed and accountability by depicting its central crusaders as angry rich kids with daddy issues. For all the injustices they fight, Izzie and Benji might as well have come from Fox News’ central casting.

In the end, The East is a frustrating exercise in indie potential. Willing to explore issues the corporate-controlled big studios might shy away from, it raises important questions about America’s rising industrial oligarchy, but seems either unwilling or unable to get past its basic premise.

I only hope that Marling and Batmanglij continue to develop their craft while remaining to true to their independent spirit.