The Central Florida Jewish Film Festival is more necessary than ever 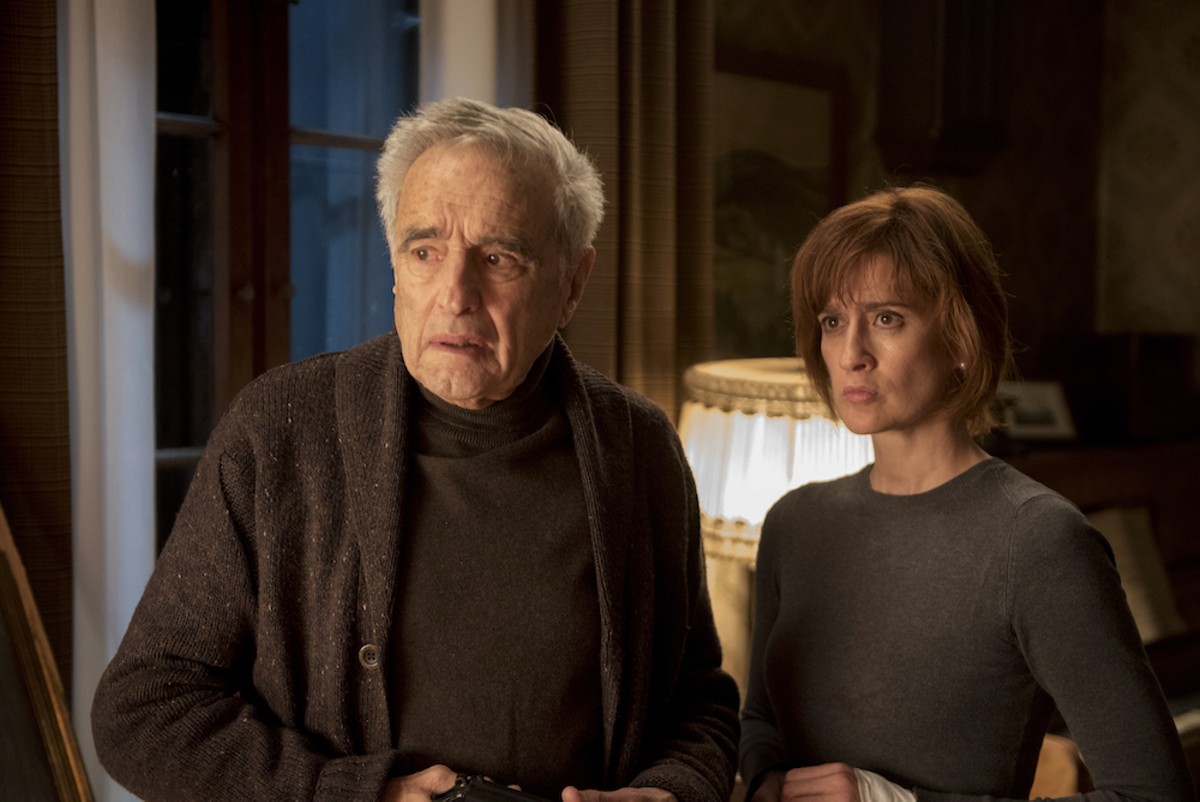 Spanish author and philosopher Miguel de Unamuno wrote, "Racism is cured by traveling." It's also cured by movies, and if the anti-Semitic lunatic who gunned down 11 Jewish worshippers in Pittsburgh two weeks ago had been regularly exposed to the type of art at this year's Central Florida Jewish Film Festival, perhaps his rampage never would have occurred.

That might be a bridge too far, but it doesn't negate the fact that the Enzian Theater's festival of Jewish film, food and culture is more necessary than ever. Still, good intentions are not enough – quality is equally important. And the movies of the 20th annual event have plenty of that.

In observance of the Sabbath, the festival – which is co-presented by the Roth Family Jewish Community Center – kicks off at 8 p.m. on Saturday, Nov. 10, at the Orlando Science Center with a documentary about Israel's unlikely success at the 2017 World Baseball Classic. Heading Home: The Tale of Team Israel (1 ½ stars out of 5) is the only festival film not at the Enzian, and the only weak offering. Though it will likely be a crowd-pleaser thanks to its feel-good glow, there's no halvah-coating the fact that it falls flat both journalistically and cinematically. (It's tough to work up much emotion over an anti-climactic, reality-TV-type doc about wealthy American ballplayers claiming distant Jewish heritage in order to qualify as "Israeli.")

But if the temptation to see and be seen on opening night is too strong to resist, the good news is the dramatic short that accompanies the feature is stellar. Wig Shop (4 stars), starring Emily Mortimer as an orthodox Jewish-American woman on a uniquely emotional shopping trip, will inform, entertain and confound you – all in just 16 minutes.

The festival continues at 11 a.m. on Sunday at the Enzian with Shoelaces (3 stars), a Hebrew-language look at a unique familial bond. Having barely seen his special-needs son (Nevo Kimchi) since his birth 36 years ago, a father (Doval'e Glickman) is forced to re-examine their relationship while also confronting his own past and his attitude toward people with disabilities. Though it takes a while to find its footing and occasionally struggles to balance comedy and drama, this Israeli Academy Award nominee slowly and unexpectedly builds momentum. By the end, expect a punch in the emotional gut.

Taking a 180-degree turn in genre and a step up in quality, the festival continues at 2 p.m. on Sunday with Winter Hunt (4 stars). The best of this year's five features, this German thriller focuses on a young woman who unexpectedly turns up on the doorstep of a 91-year-old man and his daughter. Yet we soon discover the visit is not random and is instead designed to deliver a shockingly personal act of vengeance.

Grappling with themes of morality, prejudice and self-righteousness, Astrid Schult's film, at just 75 minutes, is tight as a drum. But this seemingly small, stagey flick still finds time to ask big questions concerning the nature of the hunter and the hunted. And it's powered by three memorable performances that, despite the extraordinary story, are infinitely relatable and humanistic.

Speaking of humanity, wait until you see I Have a Message for You (5 stars), the short, partially animated documentary accompanying Winter Hunt. As does the feature, this 13-minute, French-language mini-masterpiece confronts the legacy of the Holocaust, but it does so with astonishing unpredictability. Director Matan Rochlitz has created a masterclass in short-doc moviemaking.

Taking another sharp genre pivot, the festival continues on Monday at 4:15 p.m. with Sammy Davis Jr.: I've Gotta Be Me (3 stars), a documentary about the incomparably talented entertainer. Though it packs in a lot of its subject's accomplishments, it's more concerned with showcasing Davis' indomitable spirit and bravery. It's occasionally both jumbled and bland, and places an odd emphasis on Davis' surprising embrace of President Richard Nixon, but Sammy's spirit and talent does shine through. Even better, juicy interviews with Jerry Lewis, Kim Novak and countless other celebs – including Donald Rumsfeld (yes, really) – add some much-needed hipness to a film about the man who practically invented the stuff.

Despite its entertainment value, the film is an odd choice for the festival, as it spends only about five minutes discussing his Judaism. Still, Davis' explanation for his conversion is memorable: "After I had the accident [in which Davis lost his eye], I needed something desperate to hold onto and found myself being more and more convinced that Judaism was it for me. I know that there is sort of a kinship between the plight of the Negro and the plight of the Jew."

The Last Suit (3 ½ stars) is appropriately last, wrapping up the festival at 7 p.m. on Monday. It's the tale of the final, strange odyssey of Abraham Bursztein, an 88-year-old Holocaust survivor. Directed by Pablo Solarz, the drama is a powerful reminder of the value of long-term friendships and the kindness of strangers. And though a couple of those relationships stretch believability, the film succeeds on both a metaphorical and literal level thanks to clever writing and Miguel Ángel Solá, who gives the festival's best performance.

"Sometimes we old people don't accept our age, but we don't want to be a burden for anyone either," Abraham says before embarking on a journey from Argentina to Poland. "So we're going to face the time we have left to live with gratitude and joy."

Experiencing that gratitude vicariously through Abraham is a wonderful way to wrap up this year's festival.

Despite these good reviews, you might still be tempted to stay home and eventually seek out the films on a streaming service. But unless Netflix has opened a Jewish deli, you'll miss the festival's knishes (baked dough with cheese and spinach), latkes (potato pancakes), holishkes (cabbage rolls with meat), Hebrew National hot dogs and tzimmes (stew of beef, carrots and sweet potatoes). So get your and your mishpocha's tuchuses to the festival. Don't make me noodge you again!