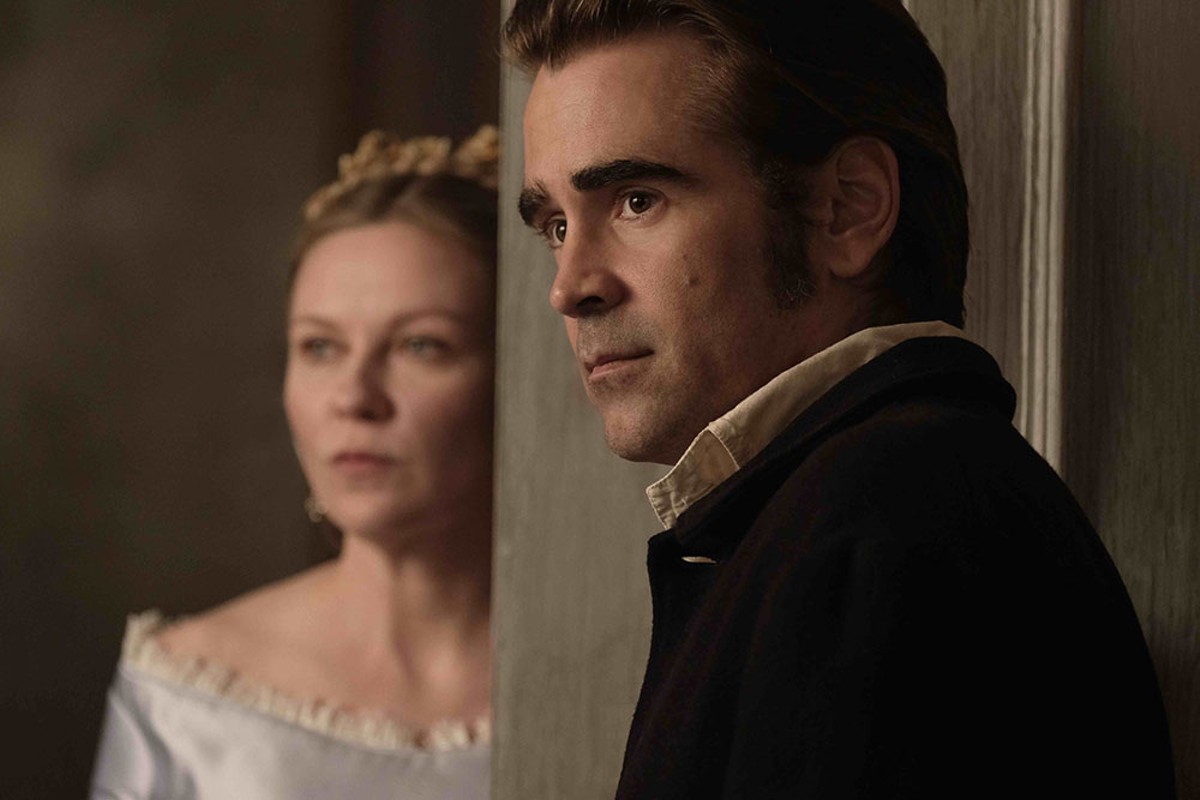 Sofia Coppola's newest film, The Beguiled, is an ambitious remake of a 1971 cult classic directed by Don Siegel and starring Clint Eastwood (the two also made Dirty Harry that year). The film haunted me as a precocious pre-teen, and I trusted Coppola would bring her louche, dreamy feminine vibe to it. In her third period piece starring Kirsten Dunst, I wondered, would The Beguiled have more of The Virgin Suicides' somber sensuality, or Marie Antoinette's ambitious anachronism?

Coppola's Best Director prize at Cannes this spring made her only the second woman to win the award, ever, yet this milestone has been undercut by recent moaning over Coppola's failure as a feminist filmmaker. After admitting in an interview with GQ that she didn't know what the Bechdel Test was, she was skewered on social media, while some filmgoers decried her lack of intersectionality (partly due to the remake's omission of an African-American slave character). It's a fair point that Coppola's filmography does focus on white characters – but then, that's an industry-wide problem. But The Beguiled may still manage to spark the conversation on sexual politics: something Coppola has explored to some degree in all of her films.

It's a character-driven thriller, based on a 1966 novel by Thomas Cullinan. John McBurney (Colin Farrell) is a wounded Yankee soldier discovered by young Amy (Oona Lawrence) while she's out gathering mushrooms near a small Southern girls' school. The headmistress, Miss Martha (Nicole Kidman), decides they must help the soldier, keeping his presence a secret from passing Confederate troops. The school's residents range in age from pre-teen to the 40-ish Martha. The younger girls are somewhat frightened of McBurney (except for tomboyish Amy), but sly, bored Alicia (Elle Fanning) takes every opportunity to catch a glimpse of him; not easy, since Miss Martha keeps his room locked and forbids anyone but herself and head teacher Edwina (Dunst, reprising Elizabeth Hartman's role) to tend to him.

Clint Eastwood was compelling enough in 1971 (his scenes with Jo Ann Harris as the 17-year-old Carol were white-hot), but the casting of Colin Farrell in the remake, reimagining John McBurney as a charismatic Irish immigrant who went to war in a desperate attempt to escape poverty, was a stroke of genius. Farrell's mercurial warmth makes McBurney somewhat sympathetic; Eastwood's McBurney was more of an opportunistic asshole. Even lying prone and half-awake, Farrell's manly presence creates a stir among these cloistered females: Miss Martha becomes flushed as she washes his near-naked body; the others take greater care with their hair and clothes in his presence. As he convalesces, McBurney's banter charms them all, and the women become increasingly jealous and competitive; the younger girls' impulses are not as easily contained as their elders'. Edwina becomes flustered when McBurney praises her beauty. Alicia flirts openly, the perennially loose curl on her forehead a signifier of her wantonness; Fanning is delicious in this small role, a pre-Raphaelite nymph straining at the confines of Southern propriety.

McBurney starts to help out in the garden, pruning the roses while hobbling on crutches, perhaps thinking that if he makes himself useful, he won't be turned in for deserting. He courts Edwina, feeding her desire to leave and start over elsewhere. The grand house is oppressive, with pale yellow light suffusing its rooms, the surrounding landscape a brooding tangle of lush trees dripping with Spanish moss. The corseted primness of the women and girls pushes against the wild, sensual mystery of the setting.

As the women vie for McBurney's attention, things unravel and the film spins into horror territory. McBurney's masculine charms morph into a bitter rage, while the women remain cool as they weigh his fate. Kidman and Dunst are both fine, but seem somewhat miscast, though the trio of blonde ice princesses they make with Fanning is intriguing. I loved the film's voluptuous beauty of surfaces and vistas. But it failed to deliver the slow burn of erotic tension in the original (or maybe I'm more cynical than my 12-year-old self). More than one trailer (nodding naughtily to the over-the top ones from 1971) seems to be relegating the film to the realm of camp, prompting silly comparisons to Stephen King's Misery. Indeed, the question of who wields true power here is paramount. But I think it would be a shame if controversy and camp were all this film becomes noted for. For audiences unfamiliar with the original, this may become the sexy, creepy thriller to see this summer. For those like me, deeply imprinted by Siegel's version, Coppola's reimagining is artful, clever, and more than a little beguiling.