Plus 'King of Stonks,' 'Girl in the Picture' and more streaming debuts 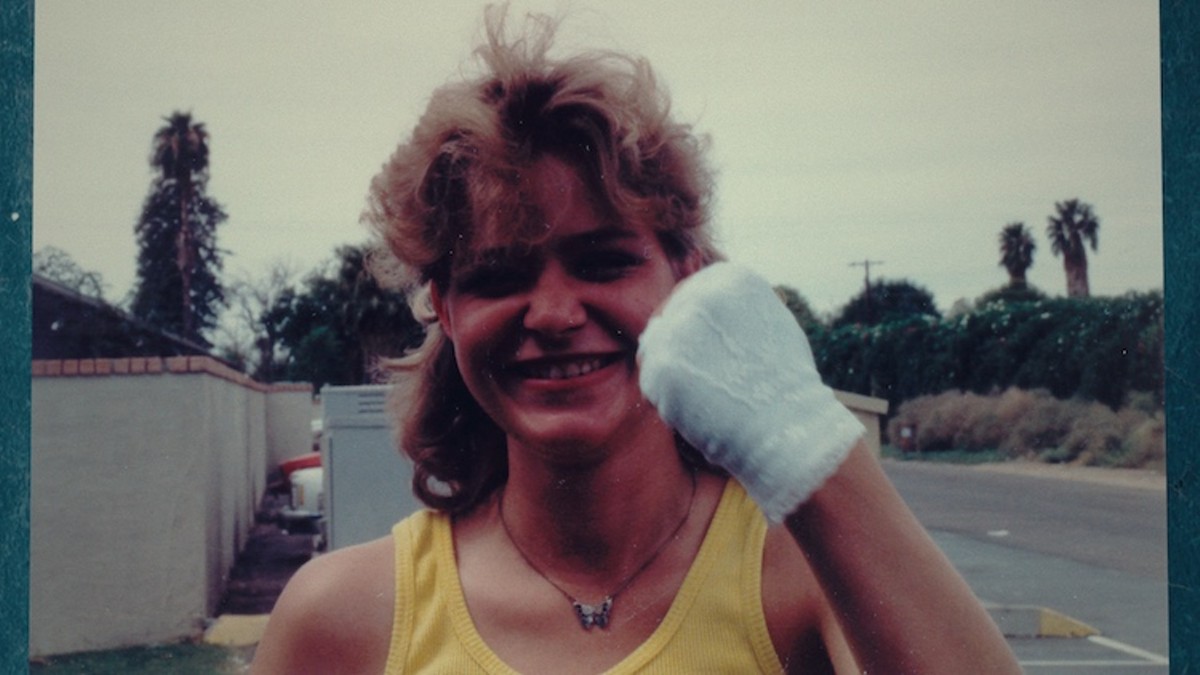 Sharon Marshall, the "Girl in the Picture"

Girl in the Picture — Tired of true-crime series based on podcasts? This true-crime series is being released simultaneously with its own podcast! As the show delves into the mysterious death of one Sharon Marshall, the audio version will provide supplementary interviews and information about the case. I think it would be a kick if they buried the actual solution on the podcast just to see if anybody was paying attention. (Netflix)

Hello, Goodbye, and Everything in Between — Teen romance gets complicated as a couple of pragmatic kids who have decided not to let their relationship last past high school begin to question the wisdom of that decision. Are you listening, United States Supreme Court? Sometimes it's best to hold onto what you have! (Netflix)

King of Stonks — Germany trains its world-renowned sense of humor on the subject of business startups, in a dramedy series about a financial technology firm that will do anything to become a power player. Well, I mean anything short of annexing a defenseless smaller company. Because that generally doesn't work out too well. (Netflix)

Maggie — A psychic who can predict her own future has to decide whether to succumb to romance anyway in this 13-episode sitcom, which was greenlit for ABC's 2021-22 season before going exclusively to streaming. Oh, but that she didn't see coming? (Hulu)

Karma's World — Season 3 of Chris "Ludacris" Bridges' empowering kids' cartoon sees young Karma forming a girl group and learning the importance of protest. Because how else are you going to right the vast injustices visited upon girl groups? (Netflix)

On the 3rd Day — An Argentinian woman is desperate to find her young son after a car accident leaves her alone and with no memory of what's happened. Oh, sure: Life hands you an out like that and you're not going to take it. Riiight. (Shudder)

Black Bird — Taron Egerton plays a drug dealer who may be law enforcement's best chance to bring a murderer to justice in this reality-based miniseries developed by author Dennis Lehane. The late Ray Liotta portrays the character's dad — and what a tragedy it is when an actor is struck down just as he's making that difficult casting-type transition from "fink" to "father of the fink." (Apple TV+)

Boo, Bitch — And in the category of Titles That Are Too Good to Waste So Many Months Out From Halloween, we have this eight-episode limited series about a high-schooler who discovers that being newly dead might do wonders for her popularity. Could be fun — although I'm a bit worried by the apparent message to all the cutters out there that they just weren't committed enough to the bit. (Netflix)

Dangerous Liaisons — Hey, here's an idea: update Les Liaisons dangereuses so it's all about the machinations of modern-day teens. And it was a fine idea indeed back in 1999, when Cruel Intentions came out. But that was a version made in America, so the makers of this new French adaptation have plausible deniability if they want to claim they've never even heard of the thing. And honestly, I wouldn't put that past people who call McDonald's "McDo" so they can pretend it's nouvelle cuisine. (Netflix)

Duck & Goose — Two different genera of waterfowl forge a friendship in an animated series engineered to teach preschoolers the value of diversity. If your preschool experience skewed more toward mindless recreation, you're mostly thinking they'd need one more duck to get a pretty good game going there. (Apple TV+)

How to Build a Sex Room — Interior designer Melanie Rose hosts a makeover show that'll help you turn that spare bedroom into a veritable Shangri-La of kink. If you're on a budget, you'll be amazed at how much mileage you can get out of two jars of Nutella and a collar that was marked down at PetSmart. It's all about the arrangement! (Netflix)

The Longest Night — Six episodes' worth of chaos ensues when armed gunmen try to liberate a serial killer from a Spanish psychiatric hospital. See, over there, they can't simply wait for his insurance coverage to run out. (Netflix)

The Sea Beast — A monster hunter's search for a fabled sea creature is complicated by the arrival of a young stowaway. I'd like to think the moral of this animated feature is "Leave animals alone if they aren't hurting you." But given that the mighty hunter is voiced by Karl Urban of The Boys, the underlying philosophy is probably closer to "Harpoon that fucker and make its kids watch the livestream." (Netflix)

Trigger Point — The members of a bomb squad have to thwart a summerlong terrorist campaign in a thriller series from the U.K.'s ITV. The show follows in the tradition of suspenseful British productions like Line of Duty, Vigil and Pardon, But Would You Mind Removing Your Grenade From My Rectum, Terribly? (Peacock)

The Wonderful Summer of Mickey Mouse — In a nod to Rashomon, Mickey and his friends have very different explanations for why a fireworks show went awry. Guess they'll be thinking twice before making any more roadside purchases from José Carioca. (Disney+)

SkyMed — Daring rescues via air ambulance are the subject of a new series set in Northern Canada. In addition to the heart-stopping medical emergencies, we're also promised plenty of dramatic character development. Because when I'm being flown off to get a stent, what I really want to hear is my nurse and my pilot working on the relationship. (Paramount+)

Archibald's Next Big Thing Is Here! — In Season 5, Archibald the chicken continues to learn to focus on the journey, not the destination. But when your show has been on the air for three years, under two different names and on two different streaming services ... well, let's just say that destination is probably going to be coming up before you know it. (Peacock)

Days of Our Lives: Beyond Salem Season 2 — Five new episodes promise plot twists galore, in locations that range from Monte Carlo to Hong Kong to San Francisco. Watch for a visit to St. Cloud in the next spinoff series, Days of Our So-Called Lives. (Peacock)

Bill Burr: Live at Red Rocks — The comedian and podcaster sounds off about cancel culture, feminism and everything else we desperately need a middle-aged white man to explain to us right now. (Netflix)

How to Change Your Mind — Author Michael Pollan adapts his book of the same name into a docuseries that explores the potential benefits of psychedelics. Pollan says his own experience with LSD and similar drugs caused him to undergo a complete "ego dissolution." I bet Netflix is going to want to keep that in mind when they're cutting his residual checks! (Netflix)