Tangerine, a lively comedy about two transgender prostitutes and their runaway dreams, is darkly funny 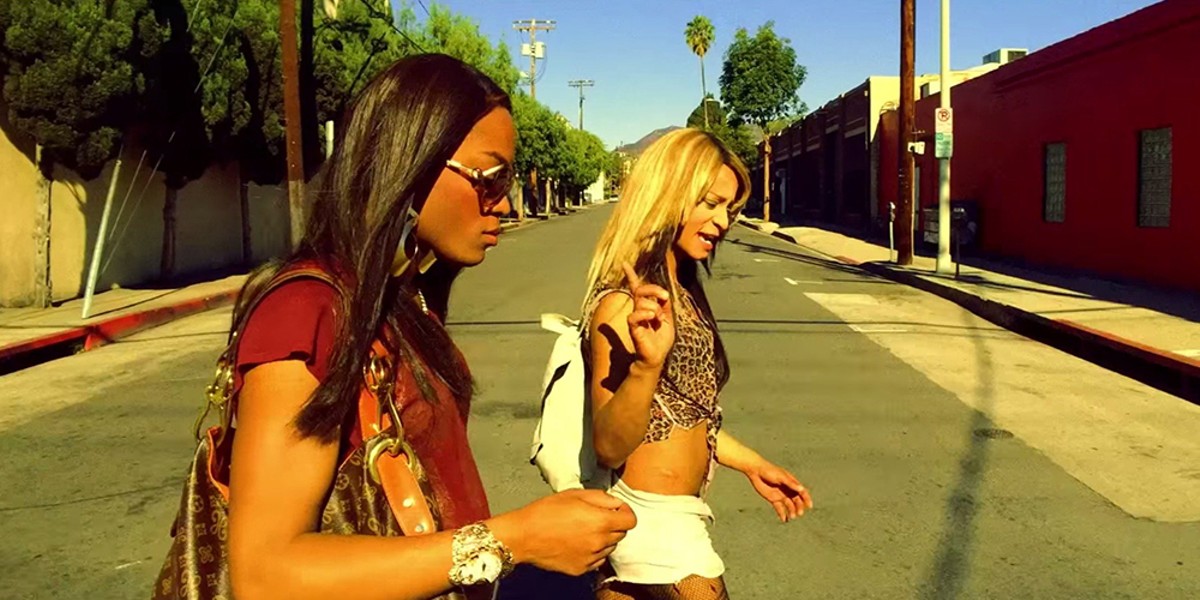 Very few films feel alive the way Sean Baker's Tangerine does. From its very first frame to its final, the movie does a scruffy moonwalk over viewers' eyeballs with its vibrancy, propulsive visuals and amazing cast. I almost skipped it at this year's Fantasia Festival because it's shot on an iPhone 5s, an approach that initially rubbed me as gimmicky. However, it's anything but. If no one told you it was shot on a cellphone, you would never be able to tell. Tangerine is a widescreen beauty queen with richer photography and more assured direction than any Hollywood fare this year. To reiterate, Tangerine is alive.

Essentially a screwball buddy comedy about transgender prostitutes and their runaway dreams, the film follows motormouth Sin-Dee Rella (Kitana "Kiki" Rodriguez) and her best friend Alexandra (Mya Taylor) on Christmas Eve. Both are non-actors whom Baker discovered at an LGBT center. No development required here – these characters existed long before the title card.

We're introduced to them as they're sharing a holiday donut and delivering rapid-fire gossip about what's been going down on the streets while Sin-Dee was doing a short bid for possession. Alexandra drops a bomb, telling Sin-Dee that while she was in jail, her pimp/boyfriend Chester (The Wire's James Ransone) cheated on her with a real "fish" – derogatory slang for a woman born with a vagina – a true insult in Sin-Dee's world.

This betrayal sends Sin-Dee into a hurricane-like fury. From this point, Tangerine never stops moving. People are always walking, driving or taking a bus or cab somewhere. Baker's camera follows Sin-Dee and Alexandra as they hunt for Chester and the "fish" in the less picturesque parts of Hollywood. And holy hell, Sin-Dee can walk fast. The click-clack of her high heels creates a metronome of sorts that sets the pace of the film, with Alexandra and the audience trying to keep stride. Sin-Dee navigates through a dizzying array of characters, johns, cops and fellow prostitutes as she desperately hunts down Chester.

Also traversing Hollywood is Razmik (Karren Karuglian), an Armenian cabbie who enjoys picking up transgender hookers in between fares. He's got a thing for Sin-Dee, so when he hears she's out of jail, he leaves his family on Christmas Eve in search of her. All of these kindred spirits collide in one explosive scene that's pure madcap comedy gold. Every time Tangerine skirts really dark territory, Baker delivers relieving humor that's often laugh-out-loud funny.

Behind the humor, there's a lot of tenderness and compassion for the characters. Baker doesn't explore transgender identity with any real depth – Tangerine isn't a lecture. But Sin-Dee and Alexandra aren't limited by their identities either. Aside from Chester, all of the characters have an intrinsic sadness to them. Sin-Dee has been betrayed. Alexandra wants to be a singer, not a hooker, and this could-have-been wish weighs her down. Razmik hides his sexual proclivities from his family. Only when Tangerine puts on the brakes a bit can the sadness be seen, and it's then that the bittersweet undertone comes through.

When this most hectic Christmas Eve comes to an end, it's not on a particularly triumphant note. It's not on a sad one, either. There's a sense, in that final, poignant shot, that this stable of characters is just happy to have survived another day. It's a Christmas miracle.