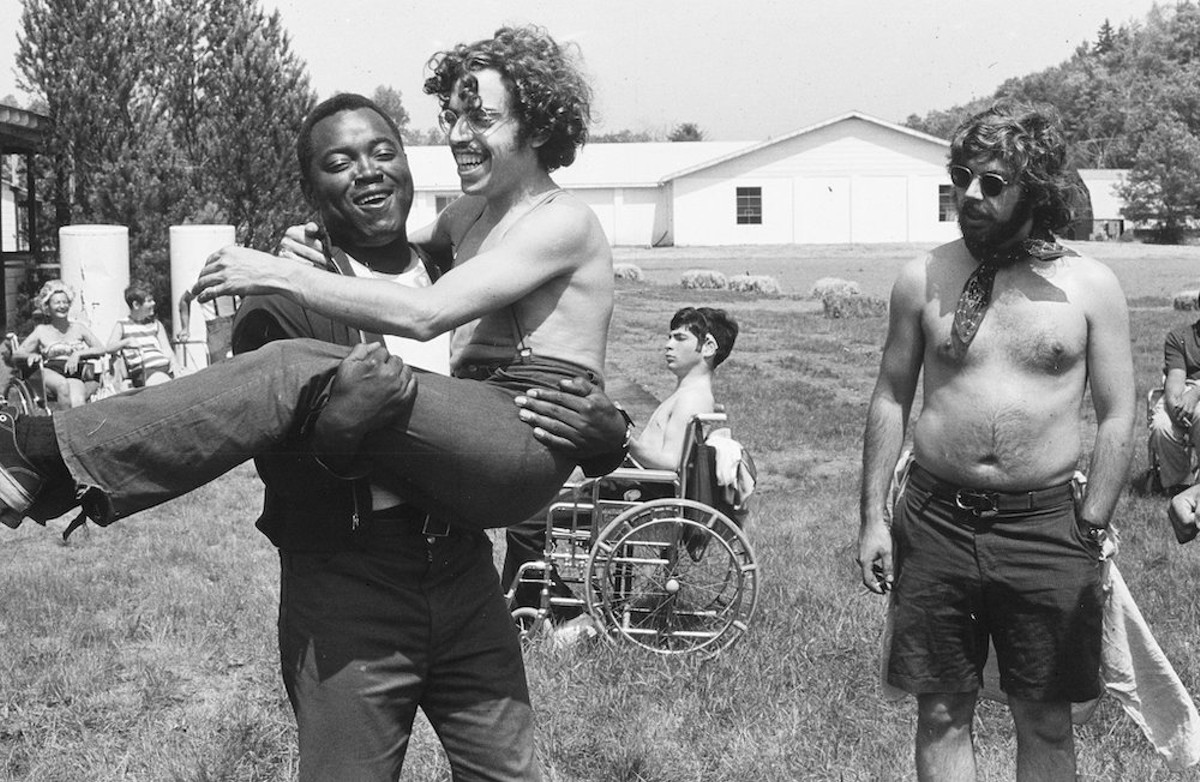 The movie theaters are closed, but that's OK; here are some of the new movies and series premiering on the major streaming services this week that we can't wait to binge.

Crip Camp: A Disability Revolution Barack and Michelle Obama's Higher Ground Productions funded this documentary about a summer camp for teens with disabilities that operated in New York state in the early 1970s. The kicker is that the camp's staff and clientele yielded some activists who would go on to be key players in the disability-rights movement later in that decade. Fascinating stuff, though I'll be interested to see if subscribers read the title and show up expecting an exposé of 1990s gangbangers who moonlighted as drag queens. (Premieres Wednesday on Netflix)

Kill Chain: The Cyber War on America's Elections Hacker-turned-cybersecurity-expert Harri Hursti details the forces both foreign and domestic that are exploiting the multitude of weaknesses in the U.S. voting system. HBO's promo for this timely doc also promises interviews with "cyber experts and U.S. senators from both parties who are fighting to secure the integrity of the vote before November 2020." Emphasis mine; cynical, disgusted snickering yours. (Premieres Thursday on HBO, HBO on Demand, HBO Go and HBO Now)

Making the Cut: Season 1 Tim Gunn and Heidi Klum left Project Runway to produce and star in their own knockoff series, which I guess is the equivalent of Louis Vuitton setting up a booth on Canal Street. Making the Cut promises more of an international focus, with designers from around the world seeking success as fashion entrepreneurs. Evaluating their work is a panel of judges that includes famously friendly presences like Naomi Campbell, Nicole Richie, and a rusted, protruding nail. The show's big innovation is that it's a "shoppable experience" that lets viewers purchase whichever designs strike their fancy directly from Amazon. Great timing, what with everybody suddenly having no money or jobs or anything. Maybe they should retool the tech so we can just send our résumés directly to Bezos. (Premieres Friday on Amazon Prime)

Ozark Season 3 It's Breaking Bad meets Green Acres once again, with Jason Bateman and Laura Linney reprising their roles as Chicago spouses turned red-state money launderers. This season picks up six months after the last one left off, with the casino the Byrdes were building now up and running. Meanwhile, Linney's Wendy is full-on embracing her life of crime, but the arrival of her mentally ill brother is bound to create fresh complications. Oh, and one of the 10 new episodes is titled Kevin Cronin Was Here, which seems to warn of some sort of REO/Styx mashup. Maybe we just needed to be reminded that organized crime isn't the biggest sin humanity ever dreamed up. (Premieres Friday on Netflix)

Unorthodox A limited series about a young woman who flees an Orthodox Jewish community in Williamsburg, Brooklyn, to explore a new lifestyle of freedom and music in Berlin. Given that that's where Bowie did some of his best work, I'm kind of hoping she cuts a track there called "Goys Keep Swinging." (Premieres Friday on Netflix)