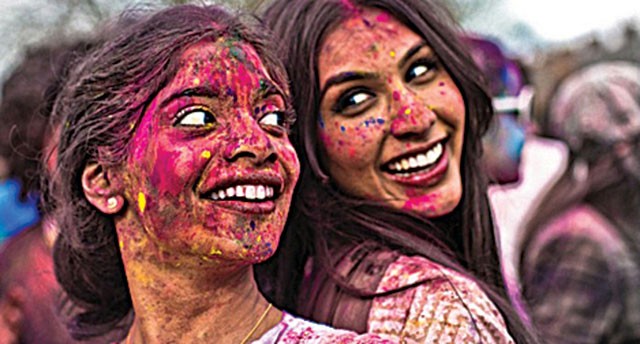 Experiencing film fest withdrawal and can’t wait for the Orlando Film Festival to start on October 16? Enzian Theater may just have your remedy in the form of the 19th annual South Asian Film Festival, which showcases the cultures of India and Pakistan through films both from and about those countries.

Held this Saturday and Sunday, the event includes four features and one short. The comedy Jadoo (preceded by the short doc Unravel), the political thriller The Reluctant Fundamentalist and the epic Midnight’s Children are the narrative features, with Salma being the lone full-length documentary.

A pass to the entire festival, which is co-presented by the Asian Cultural Association, costs $35, while a single ticket is $10. See enzian.org/festivals/south_asian for details. – CM

With Jadoo, his second feature film, writer-director Amit Gupta plants himself in the Anglo-South-Asian tradition, although the tone of his comedy is more reminiscent of Bend It Like Beckham than, say, My Beautiful Laundrette. Instead of an East-meets-West culture clash, however, Jadoo gives us two feuding brothers (Kulvinder Ghir and Harish Patel) who have not spoken since the catastrophic falling-out that sundered their family restaurant — and its recipe book — 10 years ago. The film doles out its moments of broad humor and pathos with the predictability of a sitcom, as the family’s favorite daughter (Amara Karan) devises a scheme to reconcile the two brothers so that they can cater the food at her traditional Indian wedding. Nothing like a high-stakes curry cook-off (judged by Madhur Jaffrey herself) to bring people together! Jadoo is an affable enough movie, with generous helpings of Indian food porn, but it never rises above standard fare. – AP

“I’ve always wanted to see a Western person,” says one of the factory workers in Meghna Gupta’s color-drenched short doc, which screens just before Jadoo on Saturday morning. Instead, she gets to see their clothing: the 100,000 tons of discarded clothing that cross the ocean on ships “as big as houses” and are then carried on trucks nearly as big to the textile recycling factory in a tiny North Indian town. Amid heaps of used clothing sorted by color and the sounds of machines mashing and teasing the old fabric into new thread for blankets to be shipped back across the sea, the women workers muse about the people who send them these clothes. Gupta’s camera captures them as they twirl in discarded wedding dresses, hold up skimpy bathing suits, and try to imagine a people wealthy enough to throw away perfectly good clothing. Yet Unravel is not an exposé in the traditional sense; it lets the tall tales of the workers and the small mountains of clothing do the talking. – AP

“Most girls start periods at 13. That’s when the outside world becomes strictly forbidden,” Salma says. “After puberty, you lose the outside world. One by one, my school friends got locked up. That’s how it is for Muslim girls.” And that’s how it was – and still is – for girls in this conservative Indian village, including Salma, who was imprisoned by her parents for nine years, from puberty to marriage. She was then imprisoned mentally by her husband and his family until she miraculously found a way to break free and become one of her country’s greatest poets.

“Allah has written this fate on our hands,” Salma’s mother told her. The daughter’s reaction: “The anger was boiling inside me. That’s when I started writing poetry.” If this heartbreaking and insightful Tamil-language documentary by Kim Longinotto doesn’t make you angry too, you’re not paying attention. Yet despite its powerfully personal story, Salma’s message is that the villains of misogynistic oppression are not the people, but the traditions themselves, those centuries-old rules that subjugate in the name of religion. And not just Islam, but any religion that preaches inequality, ignorance and fairy tales over fairness. – CM

An epic spanning 60 years, Midnight’s Children is the unique tale of babies born at 12 a.m. on Aug. 14, 1947, the day of India’s independence. Blending drama, romance and even fantasy in the tradition of Indian cinema, Deepa Mehta’s movie shows that though two of those children were switched at birth, their lives and destinies are forever intertwined, as are the destinies of all Indians and Pakistanis.
“A child and a country were born at midnight,” says one of the boys. “Great things were expected of us both. The truth has been less glorious than the dream, but we have survived and made our way. And our lives have been, in spite of everything, acts of love.” Written by Salman Rushdie, who based it on his novel, the film is also an act of love carrying the burden of great expectations. But as with many overly ambitious epics, it struggles to fulfill those expectations and can’t quite juggle its complicated storylines, its heavy-handed narration and its awkward transitions between drama and fantasy. – CM