The Enzian Theater's South Asian Film Festival, scheduled for Oct. 12-14, is celebrating its silver anniversary with four features, five shorts and cuisine honoring the culture of the Indian subcontinent.

"This year there's a lot of variety and diversity to the programming, to the types of films we're playing, to the themes that are covered, which are quite important. There's a lot of premieres, a lot of things making their Florida premiere that we're excited about," says Enzian programming director Matthew Curtis. "We're very proud of what we've been able to accomplish all these years. As far as we can tell, this is the longest continually running South Asian film festival in the country."

OK, let's get the bad news out of the way first: Saturday's films are the weakest. So if you're able to attend just two days, make it Sunday and Monday. Still, the $55 pass, which allows entry to all films (plus priority seating), is a decent deal. Without it, you will pay $12 for each block and might not get the best seats. The Last Color image via Enzian

The Last Color is first, at 11 a.m. on Saturday. A Hindi-language production directed by Vikas Khanna and based on his novel, this drama explores the treatment of widows in Indian culture through the eyes of an "untouchable" orphan girl. While struggling for survival on the ancient streets of Varanasi, 9-year-old Chhoti meets Noor, who explains that widows are not permitted to participate in Holi, the Indian festival of color.

"There is an age-old tradition that after a woman's husband dies, she has to wear only white ... so that she always remains colorless," Noor tells Chhoti. Though that misogynistic tradition stifles Noor's freedom, it doesn't steal her empathy, and the old woman's kindness stays with Chhoti throughout her life. The subject is obviously worthwhile, which makes it all the more frustrating that the film is amateurishly executed. The heavy-handed storytelling and clunky editing remind one of the difficulties of bringing a book to the screen, especially when it's the director's first feature.

Curtis and his fellow programmers usually do a good job of juggling genres, and this year's event is no exception. Because three of the four features offer serious fare, programmers obviously felt the need to lighten the mood. And so they do with the festival's second film, American Hasi, directed by Laura Asherman and scheduled for Saturday at 1:45 p.m. But intentions do not always a good movie make, and this documentary about an Indian-American comedian returning to his native country plays more like a 75-minute reality-television episode than an exploration of cultural differences and career struggles.

"I've gotta be funnier," Tushar Singh tells himself as he endeavors to connect with his audience. True that.

The festival gets back on track at 11 a.m. Sunday with "Chhota Cinema: New Indian Shorts," which includes five short offerings. "Chhota" means "tiny" in Hindi, but there is nothing small about these filmmakers' achievements. Lady Bikers of Kolkata, a documentary about female motorcyclists in India, will probably hold the most interest for attendees, as it was directed by University of Central Florida students Ramsey Khawaja and Sarah Holland. It's good to see the Enzian embrace local talent, and it will mean even more because Holland will be attending the festival, as will filmmakers representing four of the nine films.

Two of the shorts are Hindi-language dramas, and both deliver an emotional impact, though the subjects are quite different. Difficult People focuses on generational struggle between a father and son following the mother's death. Nothing in director Sohil Vaidya's film is particularly unique, but the assured cinematography, effective score and memorable performances mean the 20-minute drama adds up to more than the sum of its screenplay's parts. The second short drama, The Field, is even better. Helmed by Sandhya Suri, it's a tale of poverty in agricultural India – until an unexpected rendezvous upends our expectations of both the film and the culture it depicts. 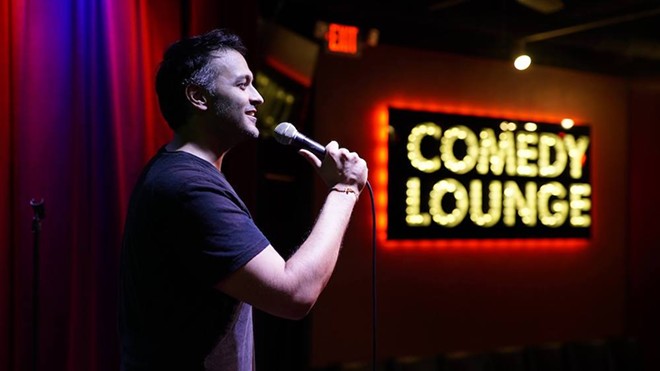 As they did with American Hasi, programmers understandably wanted to inject comedy into the shorts collection. But director Kate Chamuris' A Sari for Pallavi – about an Indian-American's fashion-based culture clash – is just too comedically broad for this otherwise respectable program.

All festival shortcomings are washed away, however, by Rooting for Roona, a documentary about an Indian girl with a remarkable birth defect. Shot over five years, Pavitra Chalam and Akshay Shankar's film will lock you in an emotional vise for 40 minutes. It's the best movie of the festival – short or feature. 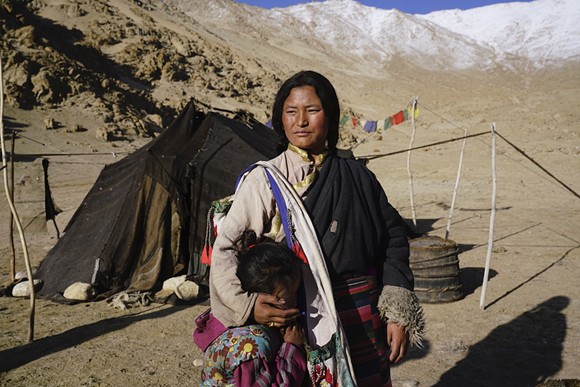 The Sweet Requiem image via Enzian

That's a tough act to follow, but The Sweet Requiem (Sunday at 2:15 p.m.) is up to the job thanks to its performances and cultural relevance. Dolkar is a young Tibetan woman living in Delhi, India. Refugeed at a young age, she still honors her homeland but has repressed most of her childhood – until a mysterious stranger brings her memories flooding back. Directors Ritu Sarin and Tenzing Sonam fill their film with enough compassion and intrigue to offset some slow pacing and narrative lightness. And their flashbacks, which paint a picture of Dolkar's harrowing escape from Tibet, never feel fake. Indeed, integrity is the hallmark of their effort.

The Wedding Guest image via Enzian

On Monday at 7 p.m., The Wedding Guest brings the festival to a mysterious, twisty, slightly ambiguous conclusion. The toughest film of the festival to categorize, it's equal parts action heist, neo-noir, romantic slow-burner and film de femme. But that's not surprising, considering writer-director Michael Winterbottom's penchant for genre diversity. Though this trip is often tough to follow, with Winterbottom embracing mood over story and Michelangelo Antonioni-style misdirection over predictability, the film never entirely loses its way thanks to beautiful location work (throughout Pakistan and India) and strong turns by the infinitely watchable Radhika Apte and Dev Patel (Slumdog Millionaire, Lion).