Mike Birbiglia's sleeper hit at Sundance opens at the Enzian 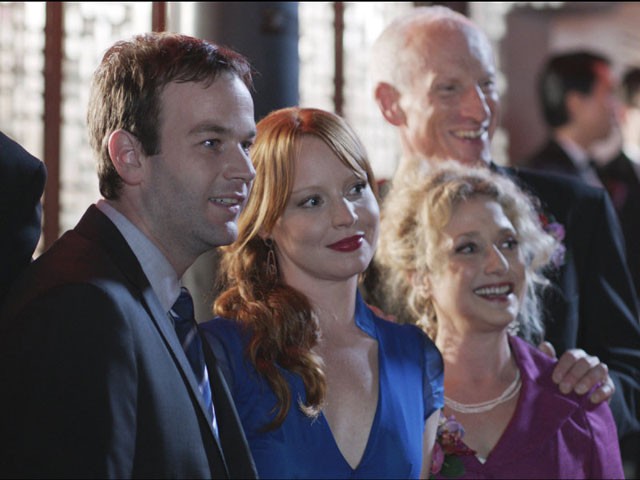 The real-life Mike Birbiglia has a big problem: He never knows what to expect when he goes to sleep. Suffering from rapid eye movement (REM) behavior disorder, he literally acts out his dreams, often subjecting himself to physical harm while still slumbering.

Similarly, when the comedian decided to turn his story into a successful book, an off-Broadway one-man show and now his feature-film debut, he was probably equally unsure about the outcome. Although the cinematic result, Sleepwalk with Me, an award winner at the Sundance Film Festival, feels a bit slight and doesn't rise to the level of a must-see, it's surprisingly sweet and furiously funny, with a wonderful Woody Allen aura.

Birbiglia plays Matt Pandamiglio, and that often-mispronounced name is not all he has in common with his on-screen alter ego, as the story is essentially autobiographical. Matt is in denial not just about his sleep issues, but also his lackluster eight-year relationship with live-in girlfriend Abby (Lauren Ambrose) and his unsuccessful career as a stand-up comic. Adding to Matt's sense of hopeless drift are his caring yet scatterbrained mom, played memorably by Carol Kane, and his stern and pushy father, portrayed by James Rebhorn in a perfect imitation of his irritatingly perfectionist headmaster in Scent of a Woman. With all of these external pressures, it's little wonder that our protagonist acts out his frustrations while sleeping.

The poor guy can't even get respect when kissing a woman: "Why'd you take off your glasses?" he asks his potential make-out partner. "Just 'cause if we're really gonna do this, I don't want to be able to see you," she responds.

Much like Mike, Sleepwalk limps along for a while, full of charm but devoid of much direction. Fearing that we're going to see simply one more movie about a 30-something guy discovering himself, we start to drift a little too. Then Mike gets some stand-up gigs, starts ignoring his parents and spends time away from his girlfriend. In short, he breaks out of his funk, and so does his film, which is also energized halfway through by one of the funniest sight gags in recent years.

Though the film is co-written and co-directed by Seth Barrish, it's all Birbiglia's, and he owns the screen for the short but effective run time of 80 minutes. One plus is the first-person narration, delivered straight into the camera, a device that has become a bit stale over the years but works here because we're ultimately rooting for Mike the whole time, even though we may not realize it at first. We truly want him to find romantic happiness, confront his dad and other bullies, and come to terms with his sleep sickness. And that's because the character does something rare in today's cinema: He essentially asks for our support in a melancholy, comedic way that is devoid of pretension, raunchiness and even curse words. For a stand-up comic, that's a rare accomplishment indeed.