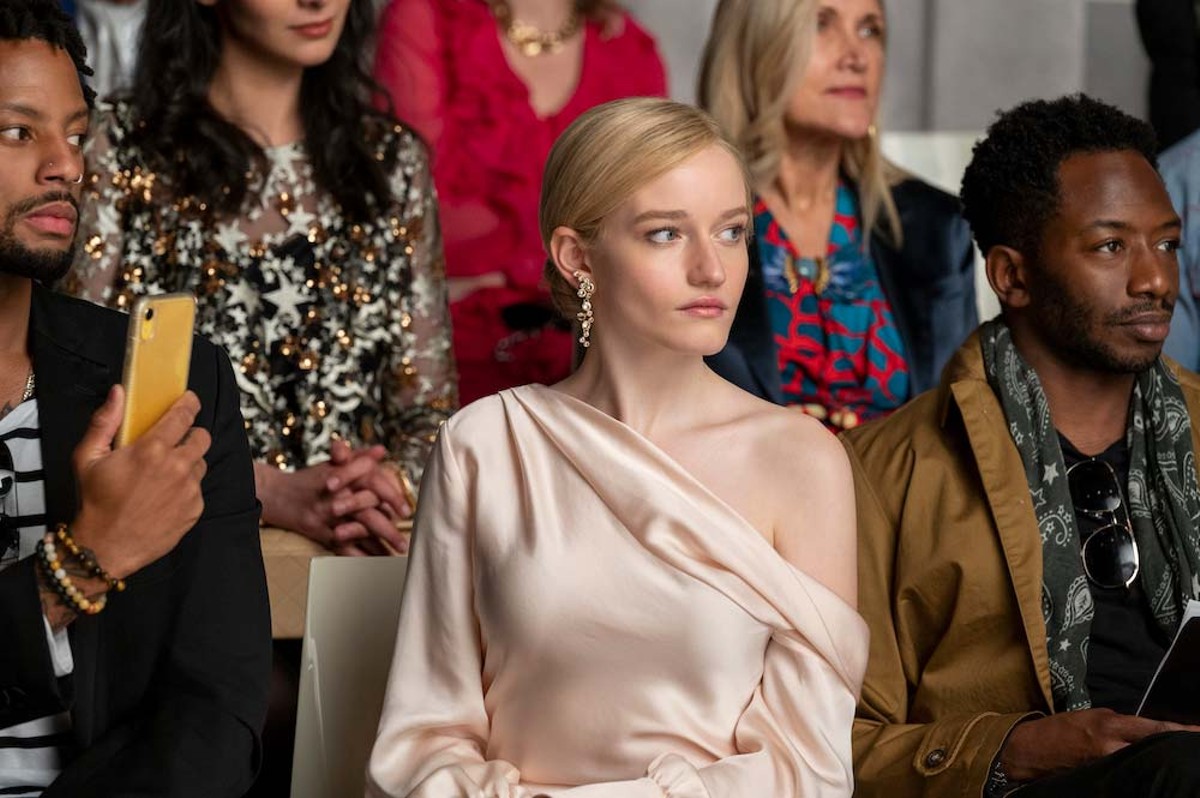 Premieres Wednesday, Feb. 9: Disenchantment — Season 4 of Matt Groening's animated fantasy promises to take us "from the depths of Hell to the clouds of Heaven and everywhere in between." Oh good, it sounds like that includes Buc-ee's. I've always wanted to go there. (Netflix)

Premieres Thursday, Feb. 10: About Last Night — It's not another Mamet remake, as you might have thought, but rather an Insta-generation riff on The Newlywed Game, with celebrity couples competing to find out who knows the most about their partner. If they had stolen their title from Patrick Marber, we might have gotten to see everybody go home with somebody else. (HBO Max)

All the Moons — Basque filmmaker Igor Legarreta offers us his idea of a vampire story, in which an orphan girl in 19th-century Spain is rescued from certain death by a woman who turns her into an immortal bloodsucker. So ... certain undeath? Were these really the only two options? (Shudder)

The Girl Before — JP Delaney (aka Tony Strong) has developed a four-part miniseries out of his novel about a PR agent whose new house comes with some curious conditions. Minimal possessions, no children ... well, I guess that's what happens when your landlord is Marie Kondo. (HBO Max)

Kimi — Directed by Steven Soderbergh and written by David Koepp, this COVID-era thriller concerns a lowly tech worker who has to overcome her fear of the outside world to report a terrible crime. After watching, Ron DeSantis thinks maybe everybody should stay in their homes after all. (HBO Max)

Odo Season 2 — Between you and me, I'm still pissed that the Blu-ray/DVD of Paw Patrol: The Movie didn't come with the U.K. dialogue track as a listening option. Because if animated critters have to sound like human children for some unfathomable reason, it's a lot more palatable when they have adorable accents. Fortunately, the further adventures of Odo the owl and his pals at the Forest Camp for Young Birds find their delightful Queen's English thoroughly intact — meaning your preschooler can learn what our language is actually supposed to sound like, and not how it vulgarly rolls off the tongue of Young Sheldon when he's slumming for voice-over work. Hey, we all have our pet crusades. (So to speak.) (HBO Max)

Premieres Friday, Feb. 11: Bigbug — Acclaimed French director Jean-Pierre Jeunet (The City of Lost Children, Amélie) returns with a futuristic comedy about the dangers of technological progress. When artificial intelligence launches a mass uprising, household robots try to protect their human owners by locking them in their homes. Wow, even Ron DeSantis thinks that's going too far. Except maybe on Election Day. (Netflix)

The In Between — Another of my life's little annoyances is when I tell people I'm into Ghost and they assume I mean the Patrick Swayze movie (or worse yet, the stage musical) instead of the band. I've been hoping for the latter to simply outlive the former, but it won't be anytime soon if memories of Demi Moore's unfortunate rendezvous with a pottery wheel keep getting dredged up by copycat projects like The In Between, in which Joey King plays a teenage girl whose dead boyfriend tries to contact her from the spirit world. Listen, whatevs. I'll just be over here pining for the days when you could tell people you loved Black Sabbath and be totally OK with knowing they might think you were talking about Karloff. (Paramount+)

Inventing Anna — Shonda Rhimes' latest is a miniseries based on the true story of a Russian-born woman who defrauded New York society into thinking she was an heiress. That's nothing: I know a New Yorker who defrauded a Slovenian woman into thinking he was a billionaire. (Netflix)

I Want You Back — Romantic comedy is a dish best served cold, say Charlie Day and Jenny Slate as they set out to ruin the new relationships of the partners who dumped them. This is the sort of activity your therapist would call "counterproductive to your progress," but which you would classify under "Things I have to do so I don't just start smacking strangers at Wawa." (Amazon Prime)

Love and Leashes — South Korea's Valentine's gift to us is a Fifty Shades/Secretary mashup about co-workers who enter into a transactional, kink-based relationship. Originally, the movie was going to carry the same title as the webtoon on which it's based: Moral Sense. But points to South Korea for realizing that's not a concept that's going to translate into big bucks in the USA right about now. (Netflix)

Love Is Blind — One week after the international premiere of its Japanese counterpart, the controversial dating show returns to America to find out if there are any couples here who won't break up when they finally find out what each other look like. One of the contestants is already on record as having signed on for this delayed-reveal exercise because "I don't have boobs or a butt." So I guess Vince Neil is doing The Masked Singer instead. (Netflix)

Pretzel and the Puppies — A lesser-known book by Curious George creators Margaret and H.A. Rey yields an animated series about a plucky family of dachshunds. And at the risk of sounding like a broken record, the voice cast (led by Mark Duplass and Nasim Pedrad) doesn't make the slightest effort to sound like dogs in the mold of Scooby or Astro. There isn't even a cute British accent to be heard! I swear, one of these days I'm taking hostages. (Apple TV+)

The Sky Is Everywhere — Grace Kaufman stars in an adaptation of the 2010 YA novel about a grieving teenager who enters into a relationship with her dead sister's former fiance. "I see no problem with this," bellows Peter Bogdanovich, from hell. (Apple TV+)

Tall Girl 2 — Three years later, Ava Michelle's Jodi has managed to overcome her anxiety over her height, but now she has to face the pressure of performing the lead in her high-school musical. Honestly, with the stress this kid has to deal with, it's a wonder she has time for active-shooter drills. (Netflix)

Premieres Sunday, Feb. 13: Bel-Air — What began as a goof of a short film in 2019 has become a full-fledged series that reinterprets the characters and situations from The Fresh Prince of Bel-Air as the stuff of high drama. Don't you just love postmodernism? Next thing you know, somebody's going to hit on the idea of making Family Matters a comedy! (Peacock)