Doc about Formula 1 legend carries the flag for its subject 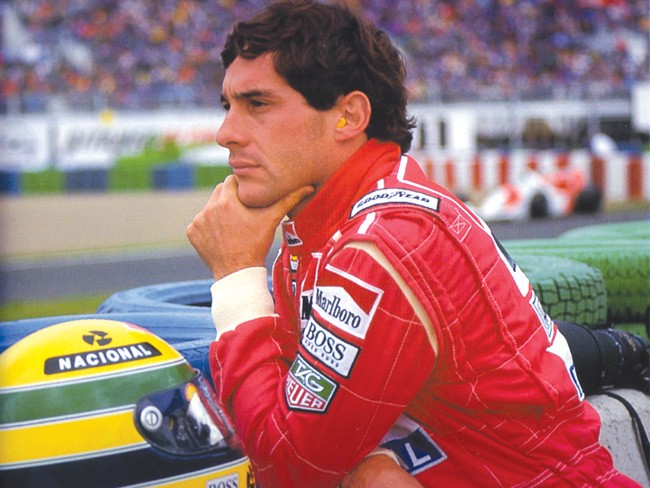 On May 1, 1994, Ayrton Senna, a three-time Formula 1 World Champion seeking a fourth title, was a few seconds ahead of racer Michael Schumacher in the San Marino Grand Prix. He began the race in pole position and, despite new restrictions to the computer-controlled suspension on his Williams-Renault car that made it harder to control on turns, it looked like no one could touch him.

Starting out in the sport a decade earlier after years of “pure” kart racing in his native Brazil, Senna was something of a revelation to Formula 1. He brought fire and a passion to win, and his all-or-nothing style defied the distorted logic built around the Formula 1 World Championship points system that others, like his future teammate and enemy, the French racer Alain Prost, could navigate so well.

Until a few weeks ago, I’d never heard of Ayrton Senna. Nor had I heard of his rivals, Prost and Schumacher, or the old crony head of the Fédération Internationale de l’Automobile, the international governing body of motorsports, Jean-Marie Balestre. Here was a whole world, a truly rich, deep, politically involved world, one that spanned the continents, and I’d never heard of it.

But the way director Asif Kapadia sets up his new documentary Senna, it doesn’t matter. Certainly, it is helpful to know a little, but you don’t need any more knowledge of F1 racing going in than Exit Through the Gift Shop required prior acquaintance with street art. The film is a snapshot in time of an imperfect, interrupted life more than a gateway drug to racing enthusiasm.

Composed entirely of archival race and interview footage with Senna, Prost and a handful of others involved with racing at the time, Senna delivers an incomplete – and, one could argue, one-sided – look, but it’s riveting nonetheless. The racing scenes, especially those using the onboard video cameras from Senna’s car, are enthralling, and the speed at which he flies around the course is mesmerizing.

The main thrust of the film is Senna’s rivalry with his one-time McLaren-Honda teammate Prost, and the controversies that surrounded the championship in both 1989 and ’90, when both titles were eventually won in the midst of crashes and FIA politics. Did Prost cause the crash in ’89 that led to his win? Was the crash in 1990 caused by Senna as revenge?

The film certainly sides with Senna on the issue, and on pretty much every other question raised along the way. In that manner, we are slightly at the mercy of Kapadia here. But let’s face it: We’re always at the mercy of the director.

Senna died during the San Marino Grand Prix as he went into a turn on the 7th lap. I may not have heard of Senna during his life, but his trademark yellow, green and blue helmet – the colors of the Brazilian flag – blazing around the racetrack is an image that I’ll never forget.