‘Saving Mr. Banks’ is even better than the film that inspired it

Biopic brings the iconic Walt Disney back to life, even if only for a couple of hours 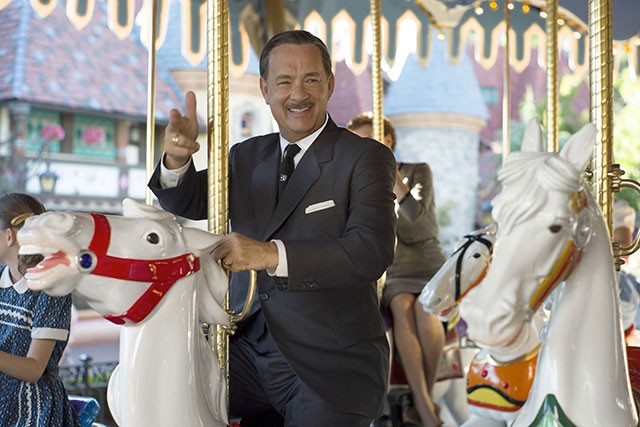 “This world is just an illusion,” alcoholic Travers Goff told his daughter Helen. That little girl never forgot those kind but strangely melancholy words, and she never forgot her father, either. Indeed, she took his first name as her own last, becoming Mary Poppins author P.L. Travers. Yet it took the actions of another, more famous, man for her to reap the joy from those words – or at least that’s the story we’re spoon fed in Saving Mr. Banks, the sweetest and most magical film of the year.

Alternating brilliantly between scenes of the author’s difficult childhood in Australia and the 1961 pre-production of Mary Poppins in Los Angeles, the film tells the story of two powerful personalities and their struggle to form an artistic partnership. No one can play Walt Disney, but Tom Hanks comes as close as humanly possible, one icon playing another. Emma Thompson, as Travers, has a slightly easier task but nevertheless masters the careful balance between bitchiness and vulnerability. She’s fiercely protective of her work, as it’s in many ways her own life, with Mr. Banks based loosely on her father – and Thompson successfully captures Travers’ emotional tribulations.

No one could have expected such a success from director John Lee Hancock after a string of mediocre projects like The Blind Side. But thanks to strong performances – including supporting gems from Paul Giamatti, Colin Farrell and Ruth Wilson – great writing, and the ability to shoot on the Disney lot and at Disneyland, it feels as if the cinematic “sun came out to say hello just for you,” as Giamatti’s character tells Travers.

Whether all details are historically accurate – most of them are – is almost a moot point since the message of the film, and perhaps Walt’s message to us, is that we can reshape our past into the reality we want. Instead of remembering your father for his drunkenness (Travers Goff) or his violent outbursts (Elias Disney), you can feed the birds, go fly a kite and let the troubles of the world whirl away on a carousel horse. Psychologists may not agree with that approach, but it succeeds in the magical world of Disney, and it works overwhelmingly well in Hancock’s film too.

The most touching historical revisionism in Saving Mr. Banks is Walt’s lack of smoking, which tragically left him dead at the age of 65, just two years after the release of Mary Poppins. The Walt Disney Company has pledged to not show smoking in its Disney-branded films, but it does let you hear Walt’s famous cough and, in a painfully sad moment, shows him snuffing out a cigarette and telling Travers that he doesn’t want to encourage bad habits. It’s as if Walt’s company let him speak to us from beyond the grave. “Don’t look at me doing this,” he’s saying. “Don’t make the same mistake I did. I’m sorry I left you so early.”

But we have him back now, if only for two hours on celluloid.