Portrait of a Lady on Fire, opening at Maitland's Enzian Theater, fans the flames of desire 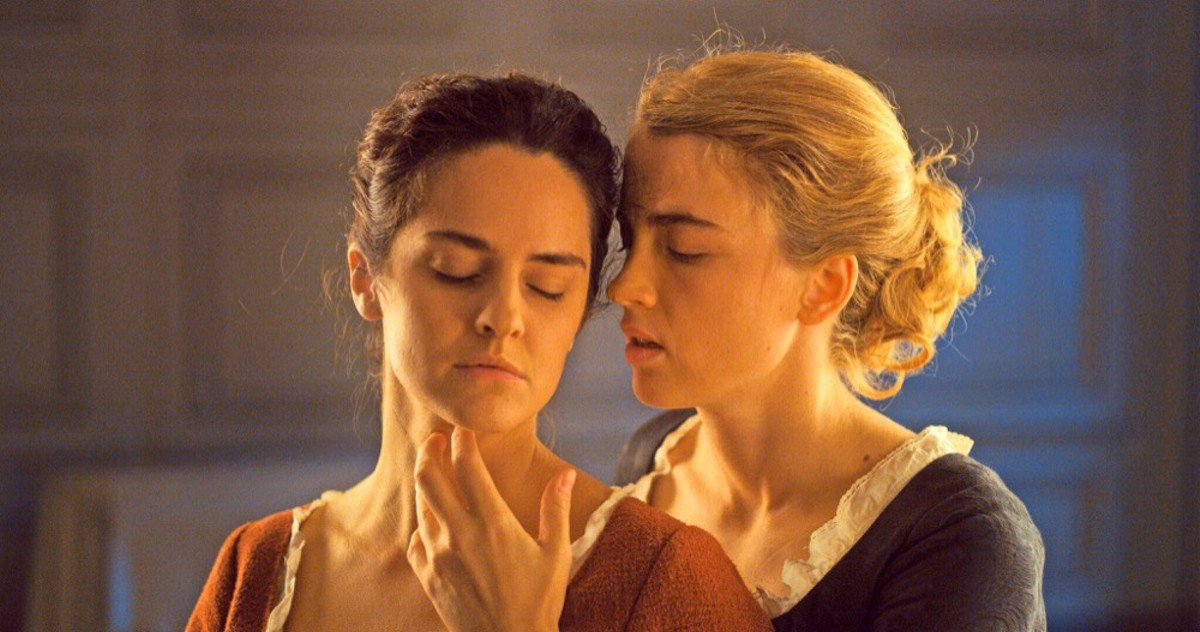 We've heard a lot about Little Women recently, but it's the female filmmakers behind and in front of the camera of the French romance Portrait of a Lady on Fire who really deserve the attention.

Though the original title refers to a "jeune fille" (literally "young girl"), there is nothing little about these women. Writer-director Céline Sciamma (Girlhood), cinematographer Claire Mathon, and actresses Noémie Merlant (Paper Flags) and Adèle Haenel (Love at First Sight) make mature decisions almost every step of the way in this deliberately paced and evocative examination of star-crossed lovers in 18th-century France.

Marianne (Merlant) is an artist commissioned to paint a portrait of Héloise (Haenel), a young woman soon to be reluctantly married to a wealthy stranger. To meet her subject, Marianne must travel to a remote island off the coast of Brittany, where Héloise lives with her mother (Valeria Golino) and maid (Luàna Bajrami). A previous portraitist failed to capture Héloise, and at first Marianne doesn't understand why. But she slowly discovers the truth, and in doing so, stirs a forbidden fire in her and Héloise's hearts.

Ghosts haunt this story. The first is a spirit from the past: Héloise's recently deceased sister. The second is a ghost of the future: Héloise's new life as an emotionally empty bride. And the third involves the tale of Orpheus and Eurydice, who, like Marianne and Héloise, are denied eternal love and must instead steal fleeting looks and musical moments.

The film's slow pace and metaphorical meanderings might make it a slog for viewers with less patience or little passion for period dramas. And a historically and culturally nuanced subplot involving the maid isn't entirely successful. In addition, some audience members might not relate to the LGBT themes, but I sincerely hope not, as the content is handled with taste and sincerity. (The film won the Queer Palm at the Cannes Film Festival.)

If the story sometimes stays at arm's length, the visuals do not. Indeed, every second is a treat for the eyes thanks to Mathon's painterly use of camera, which should have received an Oscar nomination over The Lighthouse. Also lacking Academy recognition, sadly, is Haenel, who gives, at least in this critic's mind, the best supporting performance of 2019.

Exposing the Academy Awards' often misguided emphasis on politics over quality, France nominated Les Misérables instead of Portrait for best international feature of 2019, meaning the latter never had a chance to win. Though Les Misérables is a tough-as-nails, anarchical look at the multi-ethnic poor of today's Paris suburbs, Portrait represents superior filmmaking in almost every regard.

Sciamma's film is even better than Parasite, which recently won that aforementioned prize and, in an upset of 1917, became the first non-English-language movie to be awarded best overall film. While the latter leans on an absurdist depiction of Tarantino-style orgiastic violence to achieve its climax, Portrait needs but a few deep breaths, a smile and a tear. Borrowing a line from Somewhere in Time (another love story for the ages), this is emotional excess within control.

This story appears in the Feb. 19, 2020, print issue of Orlando Weekly.Get our top picks for the best events in Orlando with our weekly Events newsletter.