Picks and previews from this year's Florida Film Festival

Uncle John ★★★☆☆
The debut of writer-director Steven Piet, Uncle John is a tale of crime and its consequences that stars seasoned character actor John Ashton (Beverly Hills Cop) as the titular character, a small town carpenter whose surface calm is masking a sinister secret. Meanwhile, in Chicago, his nephew Ben (Alex Moffat) is struggling with his feelings for his new boss. As his romantic feelings are met with constant frustrations, his uncle’s life is unwinding as the police and a local good ol’ boy cast shade on him. The parallel stories both involve characters trying their best to keep primal feelings at bay, but every time the film cuts to Ben, all the wonderful tension built up with John is lost. His relationship with his boss is not nearly as interesting as what’s going on in the country. Fortunately, once the two stories converge, Piet ratchets up the anxiety to nearly unbearable levels. Ashton delivers a remarkably expressive performance and the always-great Ronnie Gene Blevins (Joe) brings an unnerving menace to every frame. The seesawing between nerve-wracking crime drama and romance just doesn’t always work. – PC

Welcome to Leith ★★★★☆
It must be wicked exhausting to go through life hating everyone. It’s probably more draining if you’re absolutely oblivious to the world. Such is the case with vile knucklehead Craig Cobb, an infamous white supremacist whose exploits in a small North Dakota town are documented in Welcome to Leith. The titular town consists of only 24 (yes, 24) residents who are all blue collar, hard-working folks who enjoy their seclusion. Then along came Cobb, buying available land for his fellow scumbags to stake their National Socialism flags on. Cobb and his band of neo-Nazis try to hijack Leith through childish antagonism and a hate group message board. Their scheme to take over the town sounds laughably pathetic, but they’re also heavily armed with itchy trigger fingers. Filmmakers Michael Beach Nichols and Christopher Walker have crafted a gripping documentary that isn’t interested in exploring First Amendment legal rights. We’re clearly rooting against Cobb and all of the film’s tension is drawn from wondering what idiotic thing he’ll do or say next. The one downside is that Welcome to Leith ends on a very anticlimactic note. It’s obvious Nichols and Walker should’ve pursued the story further, but what they do present is both horrific and humorous. – PC 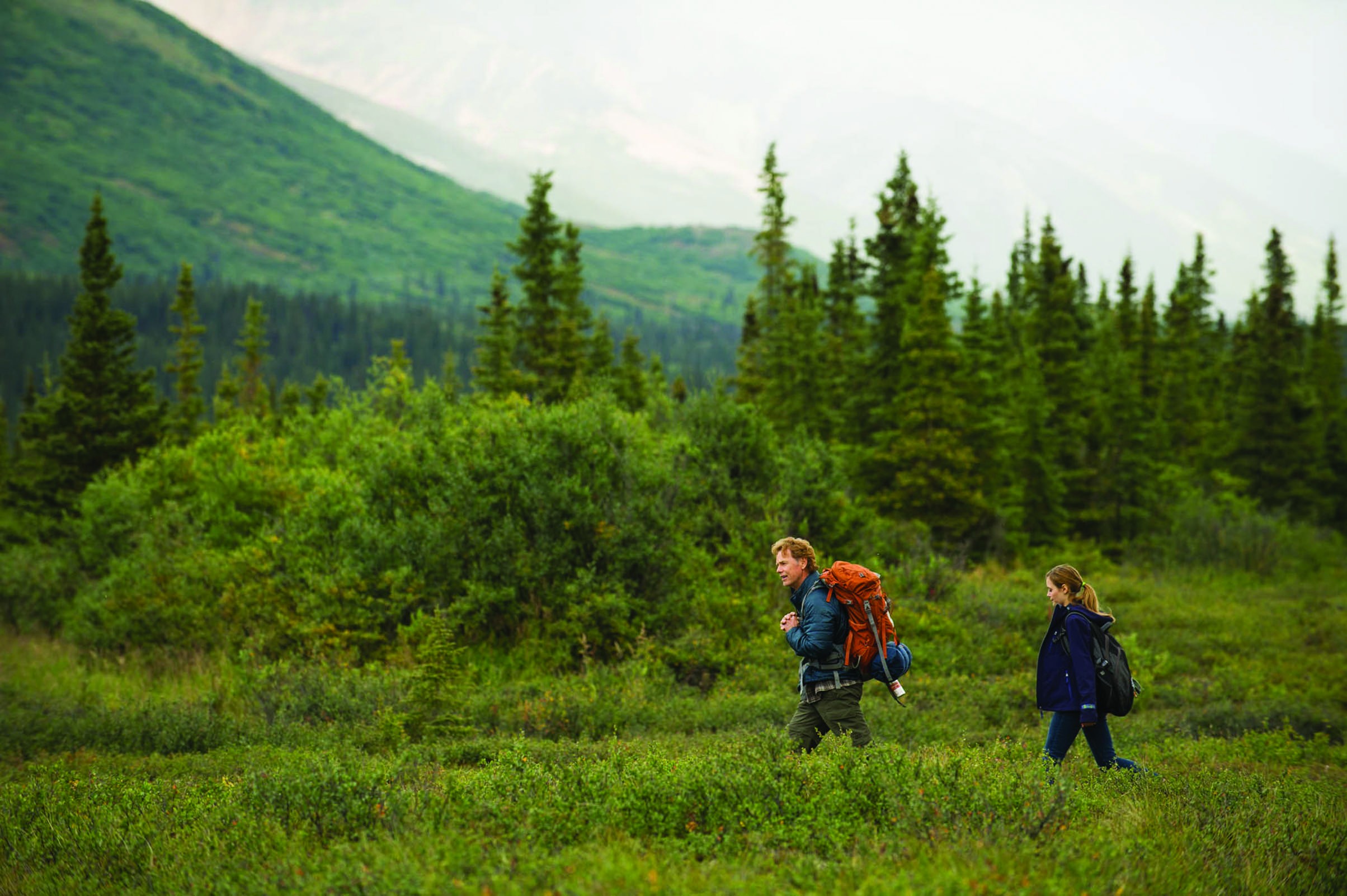 Wildlike ★★★★☆
When 14-year-old Mackenzie’s mom goes into rehab, she’s sent from Seattle to Juneau, Alaska, to stay with her uncle for the summer. What seems at first like a sullen teen/eager-to-please adult scenario soon morphs into a situation surely worse than whatever was happening when she lived with her mom. As the creepily unnamed “Uncle,” Brian Geraghty (the priggish co-pilot in Flight; the by-the-book bomb specialist in The Hurt Locker) ably builds on his repertoire of straitlaced guys who come unhinged. Newcomer Ella Purnell, as Mackenzie, doesn’t act so much as point her Clara Bow face at people and things, but the Alaskan wilderness in which much of the film is set is as heartbreakingly gorgeous as her mug, so it’s a good match. Bruce Greenwood, the reluctant father figure she turns to when she runs away from Uncle, could do this role in his sleep, but luckily, he doesn’t – he is fully present in each scene, his intense focus sometimes filling in for Purnell’s lack of articulacy. That deficit can’t be blamed completely on her; she may not yet have the screen presence of her more seasoned co-stars, but she’s given very little coherent dialogue, reduced to sucking on her hoodie sleeve to demonstrate her agitation. Rounding out the cast, the marvelous Ann Dowd (The Leftovers) is underutilized but magical in her brief on-screen time. Cinematographer Hillary Spera renders the landscapes and the actor’s faces with equally lucid beauty, and composers Daniel Bensi and Saunder Jurriaans provide a haunting underpinning. Any flaws in this, writer-producer-director Frank Hall Green’s debut feature, are wiped away by the intermittent moments of loveliness Wildlike strings together. – JBY