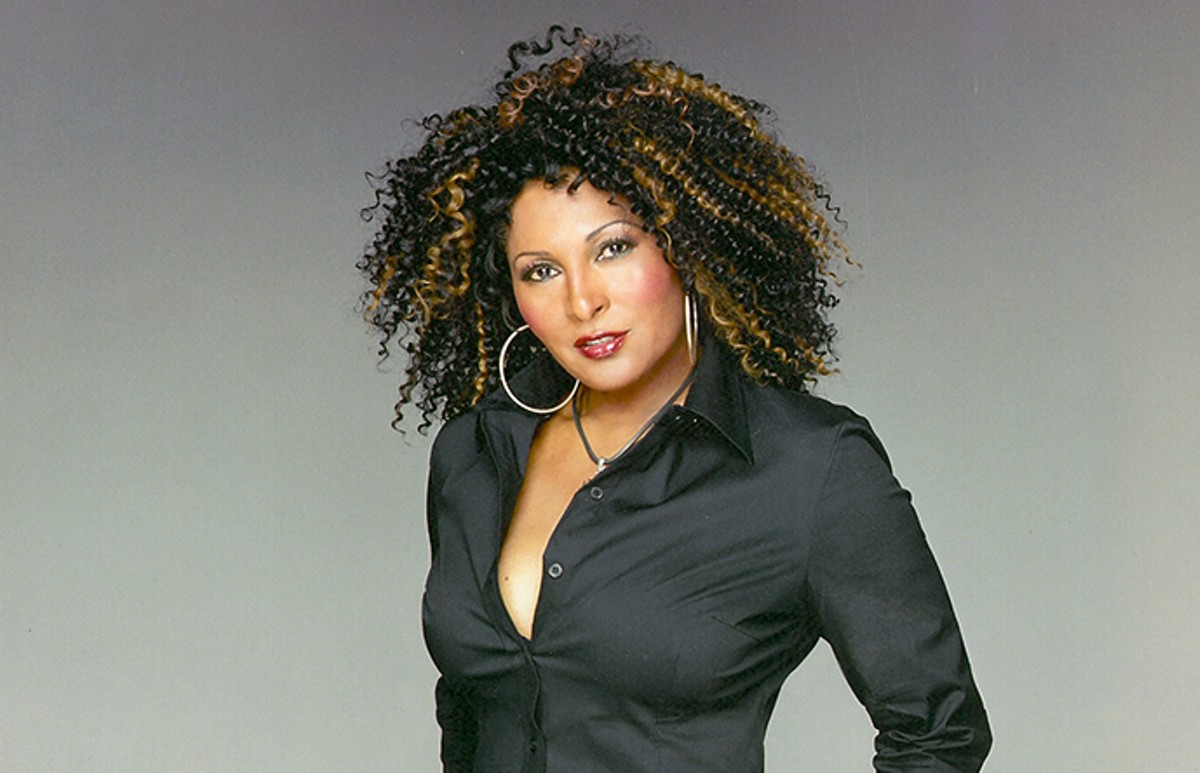 Pam Grier will attend a Florida Film Festival screening of Quentin Tarantino’s Jackie Brown on Sunday at 7 p.m. at Maitland’s Enzian Theater, and participate in a Q&A session. For modern audiences, that movie might be the defining moment in Grier’s career, but for the actress herself, it’s just another memorable stop on a long and winding road to respect.

“I’ve got 50 years [in the business],” Grier told me by phone from her home in Colorado. “Everyone assumed that I lived in maybe Los Angeles and had a pool and ate chocolates every day, you know? Little did they know that I’m from Colorado. My family’s from Wyoming. My mom – the black West: They homesteaded; they arrived on the Underground Railroad. … I was fortunate to have and to share the fact that my upbringing was military, rural and urban – the best of three worlds – and have the confidence to … go to California … work three jobs, try to get into UCLA film school … and then literally stumble into the film industry.”

Her break came courtesy of American International Pictures and legendary B-movie king Roger Corman, with The Big Doll House in 1971. Yet she admits that – despite being arguably the industry’s first sexy, female action star – she “didn’t know what ‘sexy’ meant or ‘action star’ meant.” She also describes her first year in the business as a “culture shock.” But it was a far more serious series of shocks that shaped both her life and career.

“I had personally a sexual attack when I was 6, and it traumatized me,” she says. “They thought I had, you know, polio and all kinds of other health issues because I couldn’t talk. I was no longer the outgoing child I had been.”

To help herself cope, Grier turned to what we today call animal therapy.

“My granddad would take me up to the farm,” she says. “I discovered the draft horse, which I got on. And he befriended me and helped me tremendously in therapy. And so it helped me to become more confident [but also] cautious around people. And it helped me understand people.”

“I had another attack when I was in college the first year in Denver,” she says. “[It was] a family friend, and I stayed quiet about it. I could have started the Me Too movement then, but I didn’t because I loved my family, and the male members of my family would have surely gone out and, you know, with revenge, gone to prison or hurt people, [or] they could have been hurt. … I stayed quiet because I was threatened. … And then the third attack was in California – a family mentor – but I didn’t allow it. I fought back!”

Grier says that before that third attack, she had considered giving up acting, at least temporarily, to complete film school. Ironically, that attack helped convince her to stay in the industry.

“I had been working [two receptionist jobs], and that attack was so upsetting because it seemed like it was a societal malaise, if you will, cultural malaise, political-patriarchal ownership of women, and you’re just gonna get attacked,” she says. “That third attack forced me to go back to Roger [Corman] and say, through my agent, ‘Is there a chance still available as an actor?’ I just wanted to take the job. I can’t be fired. I need help not to be fired. And I just want to get away from this society for now and figure out who I am. And they said I’d be making $600 a week. And I was working three jobs and making $140. I said, uh, I want to be an actress!”

Aware of what Grier had given up to star in his films, Corman provided Grier with acting resources.

“He had me read An Actor Prepares by Konstantin Stanislavski, so I wouldn’t be fired,” she says. “And that’s when I was absolutely enamored by the design, the purpose, the effectiveness, the definition of what an actor is, through that book. It gave me the tools to not only not be fired, … but it gave me the tools to elevate my work.”

Proving her range, Grier turned away from her adult-oriented, B-movie origins to – of all things – a Disney film: Something Wicked This Way Comes, in 1983. She credits the filmmakers for opening the doors to diversity by casting her – a mixed-race actor – in a role that might have traditionally been played by a white performer.

“We grew up on Disney. We grew up on Cinderella. Every white Cinderella was me. All the characters were me,” she says. “Fast-forward to today: diversity. And [producer] Peter Douglas and [writer] Ray Bradbury [asked me to be] in that film. They had vision. They had a cultural, you know, awareness.”

Grier stayed busy in the 1980s and 1990s with appearances in Bill & Ted’s Bogus Journey, Mars Attacks! and Escape from L.A., among other films. She also embraced the stage. But it’s Tarantino’s Jackie Brown that is sometimes labeled her “comeback,” a term Grier rejects.

“It’s a false marketing system like Blaxploitation,” she says. “Come back from where? Actors don’t come back. And [audiences] don’t realize that often actors will take a break because they have children to raise, and they’re gone for two or three years … or they’ve been ill, or they just didn’t find the work and they wanted to enjoy their life.”

Still, Grier fully embraces Jackie Brown, which garnered her a Golden Globe nomination for best actress, and she credits the theatre for preparing her for that role.

“I think if I hadn’t done the theater, I may not have been prepared to work with [Tarantino] on his level of directing. He likes to rehearse. Not all actors rehearse. That means we’re off book by the time we start work,” she says. “[I was] able to work at his level of intensity. … He’s artistic, and he’s disciplined. … He makes everyone comfortable. He asks everyone what kind of music do you like, and he’ll play it on the set.”

So how does Grier feel about her latest project, an appearance at this year’s Florida Film Festival?

“Do you know how vital film festivals are to continuing [and] developing … political [and] regional aspects of our very vast culture in America? To be invited … is extraordinary,” she says. “[Festivals] are so important to share our cultures, to open our ears and our hearts and be inspired by the good, the bad and the ugly. It’s so necessary, and … when they asked me to come, I said ‘absolutely!’”