Page One: Inside the New York Times

Filmmaker gets lost inside the heart of the Times 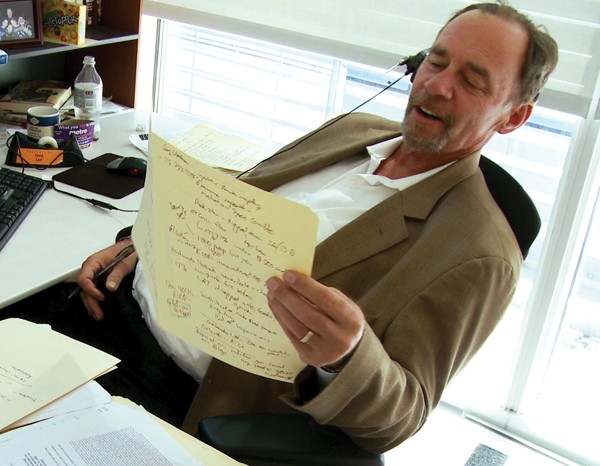 Page One: Inside the New York Times

In his latest documentary, director Andrew Rossi, who was granted unprecedented behind-the-scenes access to the Gray Lady’s inner workings, spends a large portion of screen time making the case (then presenting arguments for and against) that print newspapers are hulking, archaic institutions that can no longer keep up with a news cycle that has been whittled down to seconds by Twitter and the like. But at the risk of coming off as defensive, Rossi should look in the mirror at his own medium.

I’m not sure what it says about the institution of filmmaking that it took Rossi three years to get what he captured on his digital camera during his time at the Times’ Eighth Avenue offices to reach our screens, but everything about Page One feels dated for a doc and downright ancient in the New Media age Rossi focuses on. Rather than following a breaking story — any story would do — from its reporting through the various fact-and-copy-checking phases, editorial clean-ups and possible reframings to its final incarnation as it’s loaded into those big white trucks Rossi captured at the printing press, we’re treated to long, didactic, ADD-in-the-edit-bay treatments of such current, pressing issues as Sam Zell’s 2008 tirade directed at an Orlando Sentinel photographer in the wake of his Tribune takeover. Been there, done that.

Rossi’s other fascination is Times culture reporter David Carr, a raspy-voiced bulldog who serves as a stand-in for the paper’s traditionalism. Indeed, Carr is a blast to watch here, just as he is on MSNBC, CNN, HBO and the litany of other places he can be observed. Admittedly, Rossi captures him in several thrilling moments, the best of them coming during a strange meeting with senior staff at Times foe Vice magazine in which the latter’s overaged hipster cofounder Shane Smith talks about the shit he saw in Liberia and how it would blow Carr’s and NYT’s minds. “Just because you put on a fucking safari helmet and looked at some poop doesn’t give you the right to insult what we do,” replies Carr.

Possibly because of the barbed wire strung around ouroboros-like media conversations like that one, Rossi becomes obsessed with the old vs. new topic, even pulling in independently ripe material like the then-breaking Wikileaks story into the dull conversation. Meanwhile, more personal, affecting stories like mass layoffs at the Times are relegated to morsels, along with the nearly decade-old Jayson Blair and Judith Miller scandals.

If people don’t read newspapers anymore because it’s not instantly breaking news on their phones, then I shudder to consider the future of documentaries. Luckily, I see enough of those every week to know that audiences don’t judge a doc by its timeliness, but by the way it sheds light on unfamiliar subjects or tells a familiar story in a heretofore unconsidered way. On all of those counts, Page One isn’t fit to print.