Opening in Orlando, the latest iteration of the Dr. Dolittle story fizzles, but kids will love it 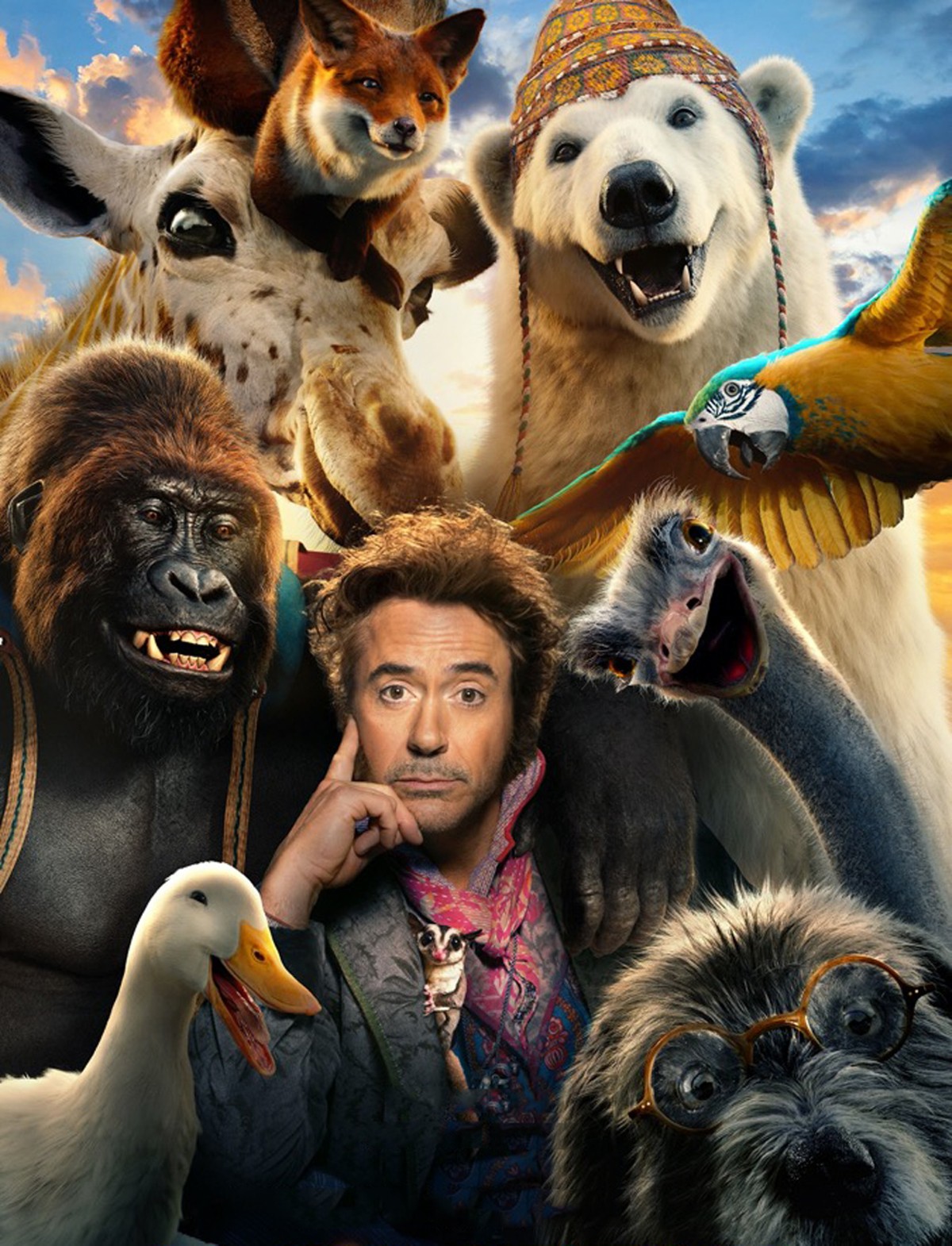 Dr. John Dolittle, the Englishman who can talk to animals, has been a part of children's literature for 100 years, ever since English author Hugh Lofting published the first Dolittle novel in 1920. The character has weaved his way through the century in children's books, film and adaptations, and radio and television series, the latest being the mononymed Dolittle from director Stephen Gaghan (Syriana) from a script by Gaghan and screenwriting team Dan Gregor and Doug Mand (Crazy Ex-Girlfriend). Robert Downey Jr., freshly released from his career-defining string of performances as Tony Stark, Marvel's Iron Man, lends his talents to portraying the character.

This latest attempt at reviving the property as a modern franchise, though, is kind of a mess. Adapting the original Doctor Dolittle or any of its sequels in the present day poses quite a challenge for screenwriters, as the original texts are steeped in early 20th-century colonial racism. One of the main characters, Prince Bumpo, is an African prince who helps the doctor and his animal friends in exchange for having his face bleached white. There's no way to write around that kind of tasteless throwback other than to excise it, which Dolittle wisely does.

But what we get instead is the story of the doctor – a heartbroken widower in this instance – getting pulled out of retirement to find the cure for a mysterious illness that has struck Queen Victoria (Jessie Buckley).

The ensuing adventure pits Dolittle, his tagalong apprentice Tommy Stubbins (Harry Collett) and a pack of animals voiced by various famous actors against rival Dr. Blair Müdfly (Michael Sheen) in a race for the cure. Sheen is a delight as the villainous Dr. Müdfly, bringing the same level of dedication to that character's mustache-twirling smarm as he did to the bookish Aziraphale in last year's Good Omens miniseries. Downey, on the other hand, seems so uninterested in the character of Dolittle that he treats the entire exercise as a way to practice his Welsh accent – yes, that's Welsh, not Scottish – while bouncing from one sight gag to the next.

The animals and their jokes will please children, but aren't anything that adults will necessarily be impressed by. The visual effects are fine, though definitely not state-of-the-art. A second-act caper involving Antonio Banderas as a silver-fox pirate king and Ralph Fiennes as a golden-toothed tiger looking for psych counseling is a high point, but is forgotten fairly quickly.

If Dolittle had gone the Cats route and leaned hard into the ridiculousness of its premise, it would have at least been memorable. Even though Cats has been universally derided, it at least has people flocking to the theater to see just how bonkers it could possibly be. Alas, Dolittle just isn't weird enough to justify the weirdness of its premise – and this is a movie that includes the most elaborate dragon-fart joke ever put to screen.

At least kids will love it.