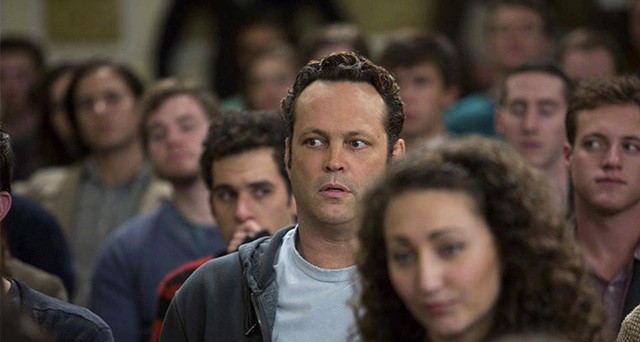 Delivery Man The "appeal" of Vince Vaughn is easy to define: He makes high-concept comedies aimed at guys who would punch your sister in the face on a dare. But will that sociopathic fanbase recoil in horror when they realize that the idea behind Vincey's latest picture – a footloose fella faces the consequences of hundreds of donations to the sperm bank – was first explored two years ago in a picture made in Canada, of all places? And that this remake was directed by the very same guy? Damn hockey-playin' healthcare monkeys, always havin' to get there first on stuff.  Lemme at his sister. (PG-13)

The Hunger Games: Catching Fire And so the saga of Fatlipp Everlast continues, with her victory lap after winning the Hunger Games inspiring a populist uprising on the part of the oppressed masses who ain't gonna take it no' mo'. Six months from now, we'll all look back and realize that Catching Fire was a mirror-image allegory for the mass rioting the American intelligentsia undertook after Bill Engvall was named the winner on Dancing With the Stars. For now, we'll have to content ourselves with wondering what happens to a film franchise when you replace the director who made Pleasantville and Seabiscuit with the guy who shot I Am Legend. In other words, we are curious (hungry). (PG-13)