Opening in Orlando: ‘The Boxtrolls,’ ‘The Equalizer’ and ‘The Song’ 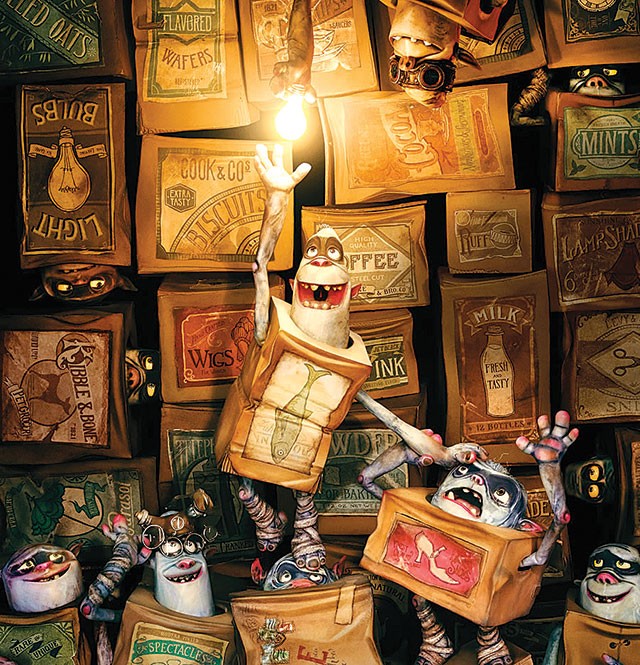 The Boxtrolls I wish this were a movie about Internet pests who post insults on the Facebook fan page of big-box stores, but I’m decades past having that kind of good luck. Instead, what we’re getting is an animated kidlit adaptation starring a bunch of cave-dwelling creatures that collect garbage. The 4chan story, maybe? Again, don’t I wish. At least there are voice roles for a whole passel of beloved English actors, including Ben Kingsley, Jared Harris, Nick Frost and … Tracy Morgan? What, did he wake up thinking he was Ronald Colman or something? (PG) – Steve Schneider

The Equalizer Back in the late ’80s, I had a buddy who was heavily into the CBS grayhead-revenge series The Equalizer; when his metal band released its first single, he even cited the show as “inspiration” in the liner notes. Now it’s 2014, Edward Woodward has become Denzel Washington, and I don’t wanna THINK about what kind of indie music this pseudo-remake might spark. A plot seemingly lifted wholesale from Washington’s Man on Fire (not to mention The Professional, last month’s The November Man, and probably the stock footage you get when you install iMovie) indicates that director Antoine Fuqua isn’t counting on diehards like my old pal for anything more than a few bucks’ worth of first-weekend insurance. I bet the Matlock movie is gonna blow big dog, too. (R) – SS

The Song Marital drama. “Temptation” as a plot point. Redemptive message. Limited release with little mainstream publicity. Put ’em all together, and what do you get? JAY-SUS! Yep, it’s another faith-based picture out to show us what’s wrong with our puny secular relationships. This one says it’s “Inspired by the Song of Solomon” – which, if I remember my Bible-camp scoldings correctly, is one of the filthiest bits of pornographic poetry in all of literature. Maybe an ad or two on NFL night might have been worth the dosh? (PG-13) – SS