Opening in Orlando: ‘I am Divine,’ ‘Paranormal Activity: The Marked Ones’ and ‘The Punk Singer’

Movies playing on screens in town this week 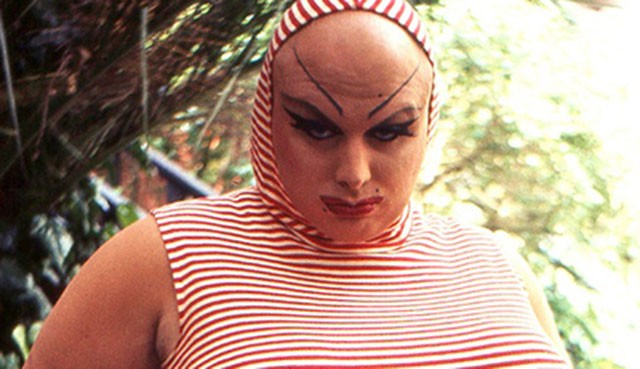 I Am Divine Filmmaker Jeffrey Schwarz (Spine Tingler! The William Castle Story) offers an affectionate, even triumphant bio of John Waters’ immortal leading “lady.” Via a treasure trove of film and video footage, still photos and talking-head interviews, Schwarz explains how one Harris Glenn Milstead made childhood ostracization the fuel for an outrageous persona that turned drag on its head before most people had even heard of such a thing. With this story of revenge via living well acting as the doc’s main “melody,” Divine’s many addictions become a sort of Jaws theme underneath, portending the heart attack that would claim his life at the age of only 42. Yet the doc is the opposite of a downer: It’s laugh-out-loud funny and eminently quotable (perhaps unsurprising, given the personalities involved). It also happens to be genuinely moving as it describes Divine’s eventual reconciliation with the parents who had once disowned him. (NR; opens Saturday, Jan. 4, at Enzian Theater) – Steve Schneider

Paranormal Activity: The Marked Ones So what if immigration reform is on hold until Marco Rubio figures out which bottle of reactionary Kool-Aid to swig from next? While they wait, America’s Latinos get to receive an even more concrete totem of societal acceptance: their very own Paranomal Activity movie! Yes, this time it’s an actual, bona fide Mexican being terrorized by things that go bump in the night reaaallly slowly. Or maybe he’s Colombian. Or Dominican. Whatevs! Lest you be concerned that the latest PA is just some lazily cobbled-together Lat-sploitation scheme that couldn’t even play at Halloween, consider this: The writer/director is Christopher Landon, graduating into the director’s chair after having co-written PAs 2, 3 and 4. And his dad, Michael Landon, was one-quarter Brazilian. OK, he was Jewish-Irish. But close enough! (R) – SS

The Punk Singer How completely and eternally riot grrrl is Punk Singer documentary subject Kathleen Hanna? Well, when this portrait of Hanna’s path from Bikini Kill to Le Tigre to Julie Ruin and beyond was first being compiled, she didn’t want a single man to be interviewed in it. Totally fourth-wave, right? Or maybe the term I’m looking for is “knee-jerk to the point of ridiculousness.” Anyway, Hanna eventually relented and let some of the fellas talk, including her husband, Beastie Boy Adam Horovitz. Oops! There I go again, defining her by her relationship to the patriarchy. The movie also details Hanna’s latter-day struggle with Lyme disease – including her principled determination to receive no treatment from a male doctor. OK, I made that part up. But wouldn’t it make for a helluva watch? (NR; opens Friday, Jan. 3, at Enzian Theater) – SS