Opening in Orlando: ‘Her’ and ‘The Legend of Hercules’ 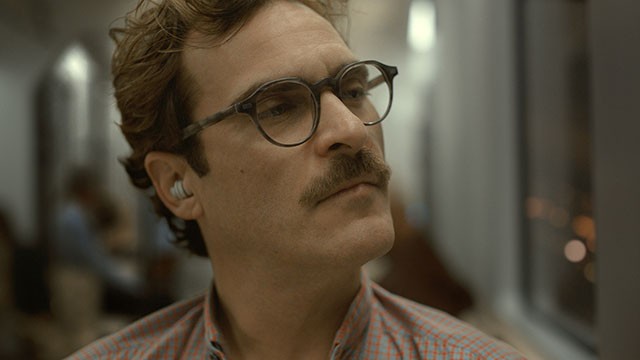 Her And now for the answer to the $1 million dollar question, “Can Spike Jonze write his own movie without a Charlie Kaufman, Maurice Sendak or Dave Eggers to rely on?” Initial reviews seem to point to a big “yes,” with critics praising Jonze’s portrait of a near-future lonely guy
(Joaquin Phoenix) who falls in love with his computer’s operating system (Scarlett Johansson). Meanwhile, I’m probably the only person on Earth to have reacted to that premise by musing that it sounded like a mash-up of S1m0ne and the “Siri” episode of The Big Bang Theory … but I get out even less than Phoenix’s character does. What else you need to know: Johansson’s part was originally voiced by Samantha Morton, and Phoenix’s best pal is played by Amy Adams – whose role playing second fiddle to an OS probably represents more than she’ll have to do in Batman vs. Superman. Meanwhile, Bill Hader continues his post-SNL victory lap as “Chat Room Friend No. 2.” As Jonah Hill would say, Booked it! (R) – Steve Schneider

The Legend of Hercules But enough of my snark. This week’s real redemption story is that of ’90s sort-of-was Renny Harlin, who hasn’t been up to much since he destroyed his wife’s career and rendered the pirate genre so radioactive that even Disney was afraid to touch it. Harlin’s big comebackvehicle is a bit of public-domain sword-and-sandalry with a $70 million budget that’s only $5 million more than what he had to spend on Cliffhanger 20 years ago … and that’s without adjusting for inflation. Meanwhile, stepping into the role made famous by Arnold Schwarzenegger, Kevin Sorbo and (next year) Dwayne Johnson is none other than Kellan Lutz, the former model best known for portraying a Twilight vampire, playing himself on an episode of 30 Rock, and one day appearing in You Don’t Know Jack as the visual clue to the question “Who was Kellan Lutz?” (PG-13) – SS