Opening in Orlando: ‘Dolphin Tale 2,’ ‘The Drop’ and ‘No Good Deed’

Movies playing in theaters this week 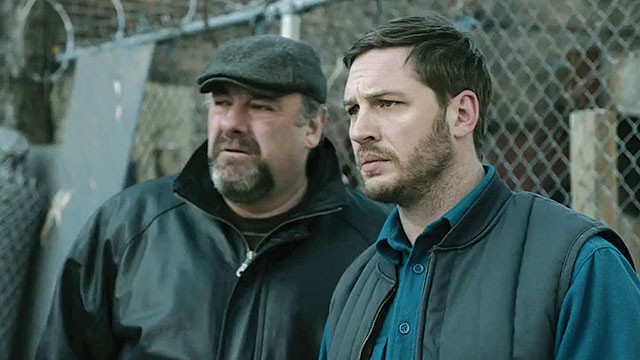 Dolphin Tale 2 There’s a great scene in American Graffiti in which Charlie Martin Smith’s Terry and Candy Clark’s Debbie think they’re going to witness a backwoods atrocity. Smith’s horrified reaction –“I don’t WANNA see it” – was later to become my personal mantra when confronted with the trailer to one sure-to-be movie misfire after another. (“Blood Diamond? I don’t WANNA see it!”) But enough about me; what’s Charlie Martin Smith up to these days? Well, he’s become the sort of “working director” who not only has to make family pictures about kindly humans who help out endangered sea creatures, but then has to shoot their cash-grab sequels as well. So guess which American Graffiti quote best captures my feelings about the prospect of being exposed to Dolphin Tale 2. You got it – It’s “Look, creep, you want a knuckle sandwich?” (PG)

The Drop I’m still trying to figure out if we’ve seen Philip Seymour Hoffman’s last movie, or if he’s going to be like Hendrix and just keep appearing in posthumous products with a frequency my working-artist friends would envy. One thing’s for sure, though: We’ve seen the absolute last of James Gandolfini, whose The Drop – an adaptation of Dennis Lehane’s short story “Animal Rescue” – represents his final acting role. Then again, there’s always Criminal Justice, the upcoming HBO miniseries for which Gandolfini had shot a pilot episode. If we ever want to see that buried document, we should probably make nice with the kind folks at 4chan, because I hear they’re great at that liberating that kind of stuff. (R)

No Good Deed On Aug. 7, Theodore P. Wafer was convicted of murdering Renisha McBride, a black teenager who had knocked on his doors and windows in the dead of night. At press time, police officer Randall Kerrick was under indictment for killing Jonathan Ferrell, a black 24-year-old who had approached a woman’s house seeking help after a car accident. And how has Hollywood chosen to respond to this recent rash of bad Samaritanism? By rewarding and reassuring us with a thriller in which the darkie is up to no good after all. In No Good Deed, yet another person of color arrives on the doorstep of yet another unsuspecting homeowner, claiming car trouble. But this time, see, the stranger is actually an escaped convict looking to pull off a home invasion. Whew! The world makes sense again – especially as the endangered property holder in this scenario is an African-American woman herself, so nobody can accuse the filmmakers of stoking racist fears or something. Of course, there is that title, which some might take as a winking acknowledgment that you just can’t be nice to a certain type of people. Coming soon: Tyler Perry’s Why Do I Always Grab For the Gun?? (PG-13)