What’s playing on screens in town this week 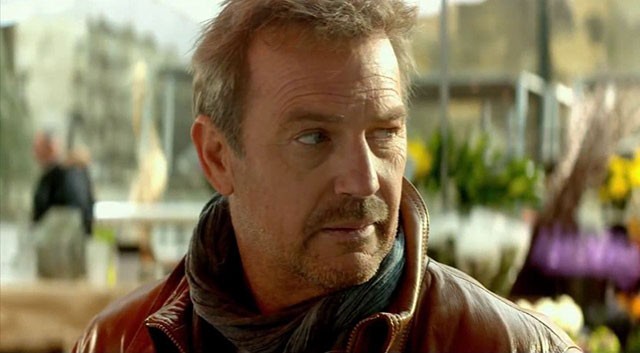 3 Days to Kill Two “big” releases this week, each one a C-list exemplar in its own right. 3 Days to Kill deserves to take home the first-ever Razzie for the Trailer That Most Closely Resembles a Sketch You’d See on a Comedy Central Series That’s Only Going to Last Eight Weeks. I mean, does anybody still make a movie about a legendary special agent doing one last job and expect the world to take it seriously? The answer is “indeed,” and his name is Luc Besson, who as co-writer of 3 Days to Kill is on, shall we say, familiar ground. But wait! There’s also a plot point about our ruthless hero trying to connect with his estranged daughter, which should give star Kevin Costner a chance to exploit the famous warmth he first exuded as the corpse in The Big Chill. And in the director’s chair? None other than fratboy semi-visionary McG – who, Hollywood has apparently realized, is never going to be the next Brett Ratner, no matter how similar their lifestyles. The apparent big hope here is seven days’ worth of respectable business before the new Neeson pic arrives to show the world what off-season gratuitousness really looks like. (PG-13) – Steve Schneider

Pompeii And speaking of getting in under the wire, Pompeii has a full two weeks’ worth of the Historical Epic With Lousy CGI market all to itself before the delayed-’n’-doomed 300 sequel takes center stage. When you’re worried about getting creamed by a movie whose big ad line is “presented by Zack Snyder,” it sure says something; then again, Pompeii’s director is none other than Paul W.S. Anderson, the American Uwe Boll. Plus, the cast list is like a who’s who of Not Ready for Summer, including Kiefer Sutherland, Carrie-Ann Moss and one of the gals from Sucker Punch. (Snyder floats over this picture like a poltergeist.) And the historical tragedy is structured around a romance plot that sounds like pure Titanic material, which means we should probably expect serious four-quadrant appeal – if the quadrants we’re talking about are the Bored, the Confused, the Barely Ambulatory and Those Employed by the Theater. (PG-13) – SS