Plus streaming premieres on HBO Max, Apple TV+ and Shudder you won't want to miss 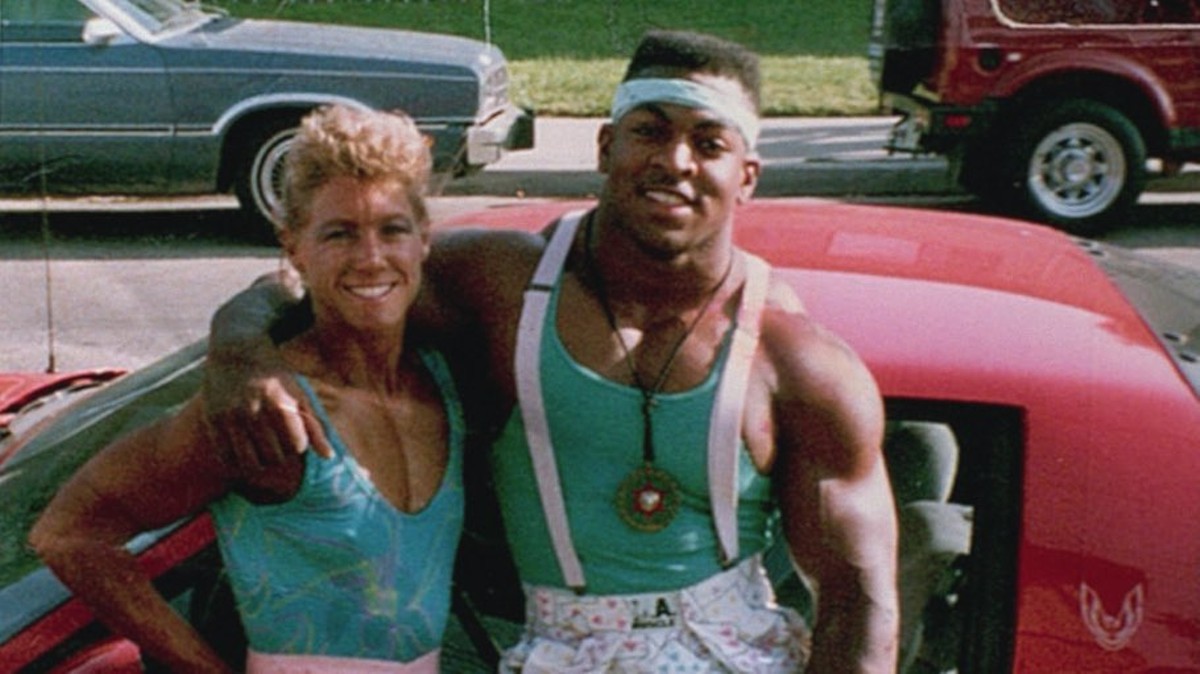 The Final Score — A Colombian miniseries revisits the shocking case of footballer Andrés Escobar, who was killed in cold blood for scoring an own goal that eliminated his team from the 1994 World Cup. Wow, when Orlando City fucks up, the worst punishment they have to worry about is drinking at HÄOS. (Netflix)

Killer Sally — A white female bodybuilder shot her Black male bodybuilder husband to death. Was it retaliation for years of physical abuse, or just premeditated murder? Find out in a documentary that's guaranteed to bring a fractured America together. (Netflix)

Blockbuster — Some of the creatives behind Superstore had a hand this sitcom that's set in the last Blockbuster video store in America. And speaking of content-delivery platforms that are speeding toward obsolescence, it's on Netflix. 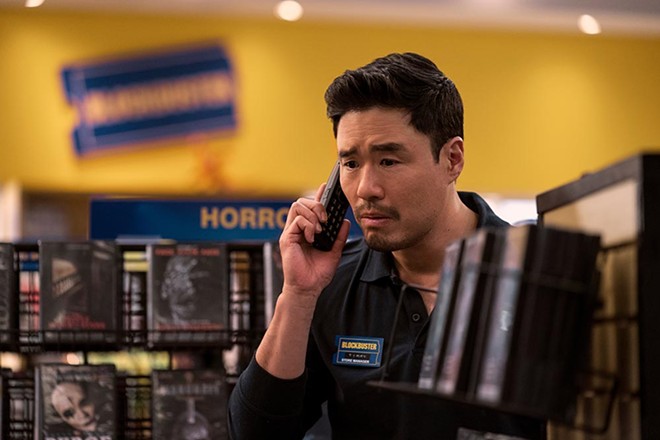 photo by Ricardo Hubbs, courtesy Netflix
Randall Park as Timmy, who runs the last Blockbuster Video in America in 'Blockbuster'

Bosé — Spanish singer-songwriter Miguel Bosé is the subject of a six-part docuseries that probes the origins of his iconoclastic career, which Variety compared to "David Bowie's cultural crusade against Britain's conservatism." Of course, Bowie said Britain needed to be led by a fascist, and Bosé himself is a fervid COVID denialist. But why let minor details get in the way of a good cultural crusade? (Paramount+)

Low Country: The Murdaugh Dynasty — South Carolina lawyer Alex Murdaugh has been charged with murdering his wife and child. He's been accused of embezzling millions from clients. He's admitted he hired a relative to kill him so his son could get the insurance money. But listen, you don't get your own three-part docuseries if you're simply "for the people." (HBO Max)

Osel — A four-part documentary tells the true story of the "Little Buddha" Keanu Reeves once portrayed, who discovered he liked nightclubbing in Ibiza better than living in a monastery. Nightclubbing in downtown Orlando is the real Buddhist experience, though, because you get to find out what you're being reincarnated as — and a lot sooner than you had expected. (HBO Max)

Sesame Street — Themes of self-acceptance and inclusion are explored in Season 53, with the help of guests like Amber Ruffin, Dr. Jill Biden and ... Samuel L. Jackson? Sure, that makes sense. When Jules Winnfield lauds the big brain on you, by God you know you've been validated. (HBO Max)

Titans — Season 4 welcomes new cast arrivals Joseph Morgan as Brother Blood and Franka Potente as Mother Mayhem. If the show makes it to Season 5, hopefully we'll get to see Snoop Dogg as Cousin Just Hanging Back to See What the Rest of Y'all Do. (HBO Max)

Buying Beverly Hills — Explore the luxuries of 90210 real estate with Mauricio Umansky and his family of brokers, in a series spun off from The Real Housewives of Beverly Hills. (Now what I really want is a Divorce Court reboot presided over by Erika Jayne.) (Netflix)

Causeway — The great Jennifer Lawrence plays a soldier whose recovery from the physical and mental ravages of war may hinge on her new relationship with an auto mechanic. I've always heard that if you find a good one of those guys, it's like a miracle. But who knew they could fix a traumatic brain injury? (Apple TV+)

Enola Holmes 2 — The sequel to the 2020 hit catches up with Sherlock Holmes' kid sister (Millie Bobby Brown) as she's beginning her official career as a private investigator. But she's still going to need some help from her big brother (Henry Cavill). See, writer Jack Thorne and director Harry Bradbeer know that feminism works best when you don't go overboard with it. (Netflix)

The Fabulous — A quartet of young South Koreans search for love while pursuing fashion-industry careers that include jobs in public relations and photo retouching. Now there are some folks you shouldn't believe when they tell you how hot their date was. (Netflix)

Lookism — South Korean author Park Tae-joon's webtoon becomes an anime series, starring a 17-year-old who can shuttle back and forth between his regular, highly unappealing physical body and an altogether more attractive one. Not sure why he's keeping the old one around at all, unless the upgrade just can't hold enough White Castle. (Netflix)

Manifest — When it was still on NBC, this sci-fi mystery about the aftermath of a mysterious airline flight was meant to run for six seasons. After the network canceled it and Netflix picked it up, those six seasons were whittled down to four. The first 10 episodes of that fourth and final season drop today, finding the lead characters scrambling to solve the riddles of their situation before their preordained "death date" arrives. So I guess there's irony everywhere, huh? (Netflix)

Mosquito Coast — In Season 2, inventor Allie Fox (Justin Theroux) and his family seek refuge in Guatemala after their narrow escape from Mexico. A surprise antagonist: "Perla," who promises to hook them all up with Starbucks cards and hot showers if they'll move to Sacramento. (Apple TV+)

Satan's Slaves: Communion — The put-upon family depicted in the 2017 Indonesian hit Satan's Slaves learn that their new apartment building may not offer full refuge against the demonic fertility cult that's been after them. But seriously, there's no reason to deny your neighbors that cup of sugar just because they want you to have the devil's baby. (Shudder)

Selena Gomez: My Mind and Me — Gomez opens up about her mental-health struggles in a documentary that covers a full six years of her young life. Reportedly, the revelations are so shocking that they left ex Justin Bieber with his mouth hanging open. (Ed. note: We're doing paralysis jokes now? Jesus.) (Apple TV+)

Slumberkins — The Jim Henson Co. launches an animated adaptation of the book series that teaches preschoolers how to process human feelings. The adorable main characters include Bigfoot, Unicorn, Sloth and, uh ... Butthurt. Isn't one of them Butthurt? Pretty sure it is. (Apple TV+)

Orgasm Inc.: The Story of OneTaste — This week's contribution to the "great business fails" genre examines a company that promised better orgasms for women but was revealed to be a brazen fraud. Just like everyone who's ever promised you an orgasm, eh ladies? (Netflix)

Batwheels — Season 1C offers more adventures with Batman's vehicles, which can now delight preschoolers by talking, mugging for the cameras and SUCKING UP ALL THE GAS THEIR PARENTS NEEDED TO GET TO WORK. (HBO Max)

Neil Brennan: Blocks — For his second stand-up special, writer/comedian/podcaster Brennan uses physical blocks as props to symbolize the challenges of navigating his day-to-day existence. A better metaphor might be blockchain, since everybody's life is pretty much a high-tech ripoff at this point. (Netflix)