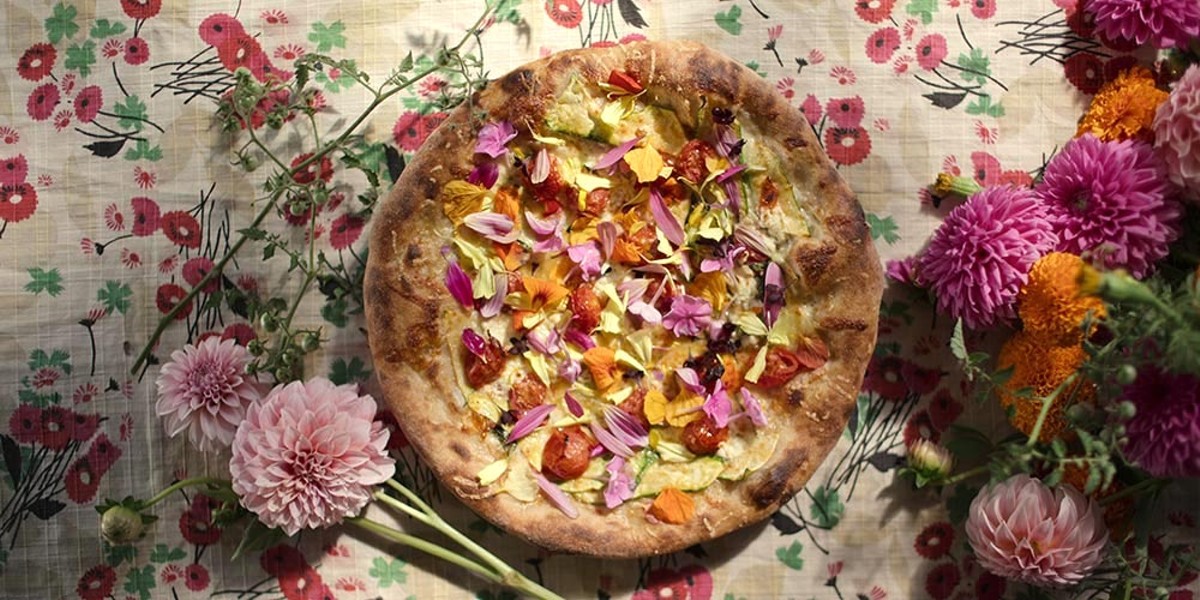 101 Scariest Horror Movie Moments of All Time — It's going to take eight episodes to explain the influence of some of the most shocking and disturbing scenes in cinema. If you're pressed for time, you can skip an installment and just watch Renee Zellweger's speeches in Cold Mountain. (Shudder)

Chef's Table: Pizza — This season takes us into the kitchens of pizza makers from Portland to Tokyo, so they can show us which special ingredients make their pies unique. "Pineapple" would be too obvious, so I'm going with "Whichever salsa Dr. Oz likes best." (Netflix)

Grid — South Korea turns utopian sci-fi on its head with a miniseries in which a scientist who saved humanity from annihilation is found to be in cahoots with murderous elements. Run all you want, Fauci; we're on to you! (Hulu)

Ink Master — Two years after getting canceled, the body-art competition has been revived for a 14th season, with Joel Madden as its new host. Interesting timing, now that an entire generation has had its Good Charlotte tattoos removed. (Paramount+)

Tell Me Lies — Taking place over an eight-year period, this drama series charts the course of a toxic relationship that begins when both parties are in college. That's what happens when you allow yourself to be fixed up by your roommate, Richard Linklater. (Hulu)

The Anthrax Attacks — Revisit that other national panic of fall 2001 in a documentary that's out to show how paranoid and manipulable we all used to be. Now if you'll excuse me, I have to set a bear trap for those 87,000 armed IRS agents. (Netflix)

Cars on the Road — The latest entry in Pixar's Cars franchise is a series that follows Lightning McQueen and Mater on a cross-country road trip. They're actually on the lam because Mater killed a Tesla in a drunken rage, but it's more implied than shown. (Disney+)

End of the Road — Queen Latifah and Ludacris co-star in a suspense flick about an unemployed widow who has to protect her kids from a would-be murderer while she's driving them to a new life on the other side of the U.S. Boy, that's when threatening to turn the car around really has some torque. (Netflix)

The Good Fight — The six-season legal drama comes to a close with Christine Baranski's Diane Lockhart observing the overturning of Roe v. Wade, the rollback of voting protections and the resumption of the Cold War and wondering if her life's battles have been worth it. Cheer up, Diane: At least we have White Claw now! (Paramount+)

Growing Up — Series creator Brie Larson uses a combination of interviews and dramatic re-enactments to tell the stories of 10 real-life young people between the ages of 18 and 22. Congressman Matt Gaetz can't understand why the show is titled Growing Up and not Aging Out. (Disney+)

Last Light — Lost alum Matthew Fox headlines a limited series about a global oil catastrophe. The show will run for either five episodes or however long it takes Fox to beat up one of his female co-stars. (Dude, you got outed by a Hobbit. Nobody wants you back.) (Peacock)

Pinocchio — Robert Zemeckis and Chris Weitz bring us the latest unnecessary live-action remake of a Disney classic, with Tom Hanks as Geppetto and Joseph Gordon-Levitt supplying the voice of a CGI Jiminy Cricket. Always remember to let your corporate hubris be your guide! (Disney+)

Saloum — A group of mercenaries trying to lie low at a holiday camp come smack-dab against the supernatural in a Senegalese feature that's drawing strong notices for its mix of crime drama, spaghetti western and horror elements. What, it would have killed them to fit in a rap battle? (Shudder)

Tierra Incógnita — An Argentine teenager searches for his missing parents in a spooky parallel realm, the portal to which just happens to be a defunct theme park. Sure, this series export seems like a brazen attempt to capitalize on Stranger Things, but nihilistic props to Disney for finding a way to push the subliminal message that awful shit happens when you stop going to the parks. (Disney+)

Wedding Season — Not to be confused with the Indian-American romcom that dropped just a month ago on Netflix, this Wedding Season is a wacky limited series in which a meet-cute at a wedding makes two lovebirds suspects in a multiple homicide. I'm kinda hoping somebody gets the two shows confused, especially if the Netflix version includes the line "What's your body count?" (Hulu)

The Zone: Survival Mission — A trio of South Korean show hosts and their celebrity guests have to navigate escape rooms both real and virtual in a series that's clearly intended as a more genial Squid Game. Or, as they'd call it up there in North Korea, "a slow Tuesday." (Hulu) 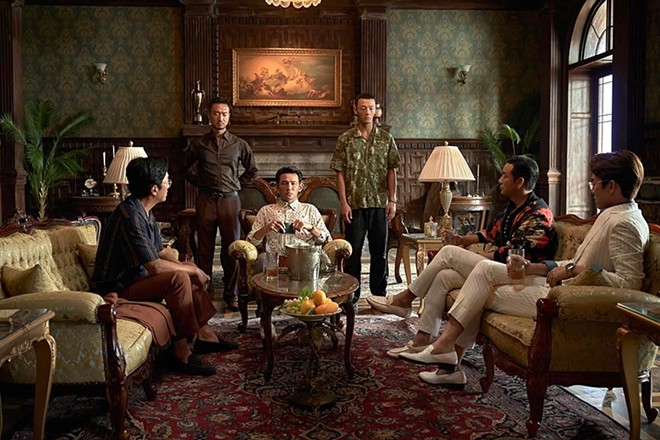 Central Park — Kristen Bell returns to the voice cast of the Manhattan-set cartoon in Season 3 — but not as Molly, a role she exited two years ago because she felt she wasn't Black enough. Fun fact: Thanks to gentrification, there are now parts of Manhattan where Kristen Bell is too Black to sit on a co-op board! (Apple TV+)

Cobra Kai — Season 5 finds Terry Silver's Cobra Kai dojo on the ascendant after their big win at the All Valley Karate Tournament, putting Daniel's back against the wall to keep the Miyagi-do ethos alive. Seriously, guys, you've been nursing this rivalry since before Gal Gadot was alive. At this point, it's like Lane Meyer still obsessing over the K-12. (Although now that I hear myself say it ... ) (Netflix)

Flight/Risk — An unflinching documentary introduces us to those whose lives were affected by the Boeing 737 crashes of 2018 and 2019. I mean, thank God for the pandemic, right? Otherwise that streak could have gone on forever. (Amazon Prime)

Gutsy — Hillary and Chelsea Clinton adapt their Book of Gutsy Women into a series of interviews with everyone from Jane Goodall to law-school student Kim Kardashian — the latter of whom reportedly admits on camera that she doesn't know what "DOJ" stands for. Hey, there's a defense Mar-a-Lago hasn't thought of. (Apple TV+)

The Hype — The winning designs from Season 1 of Offset's streetwear-design competition sold out within 24 hours of being put up for sale on StockX, so expect a similar feeding frenzy at the end of this second go-'round. In related news, parent company Warner Bros. Discovery just listed its entire slate of 2022 shows on eBay. (HBO Max)

Narco-Saints — A South Korean businessman is forced to participate in a secret government operation against a drug kingpin. Parts of the show that are set in Suriname were actually shot in the Dominican Republic — or, as we're all now going to agree to call it, Pseudiname. (Netflix)

No Limit — The dangerous romance between an expert freediver and his student is being advertised as "a high-stakes aquatic love story." I'm sorry, but after three seasons of The Boys, I'm unable to apply that description to anything short of felching a narwhal. (Netflix)

Days of Our Lives — The legendary network soap goes streaming-only for its 58th season — and unlike in the past, you'll only be able to watch if you're a premium subscriber. Like a big ol' boot up the ass, so are the days of our lives. (Peacock)

Jo Koy: Live From the Los Angeles Forum — In his fourth Netflix special, the comic covers topics ranging from his teenage son to sleep apnea. The common thread: a little snot. (Netflix)