New on Netflix: In ‘The Last Bus,’ British kids on a school trip discover that the world is overrun by angry robots 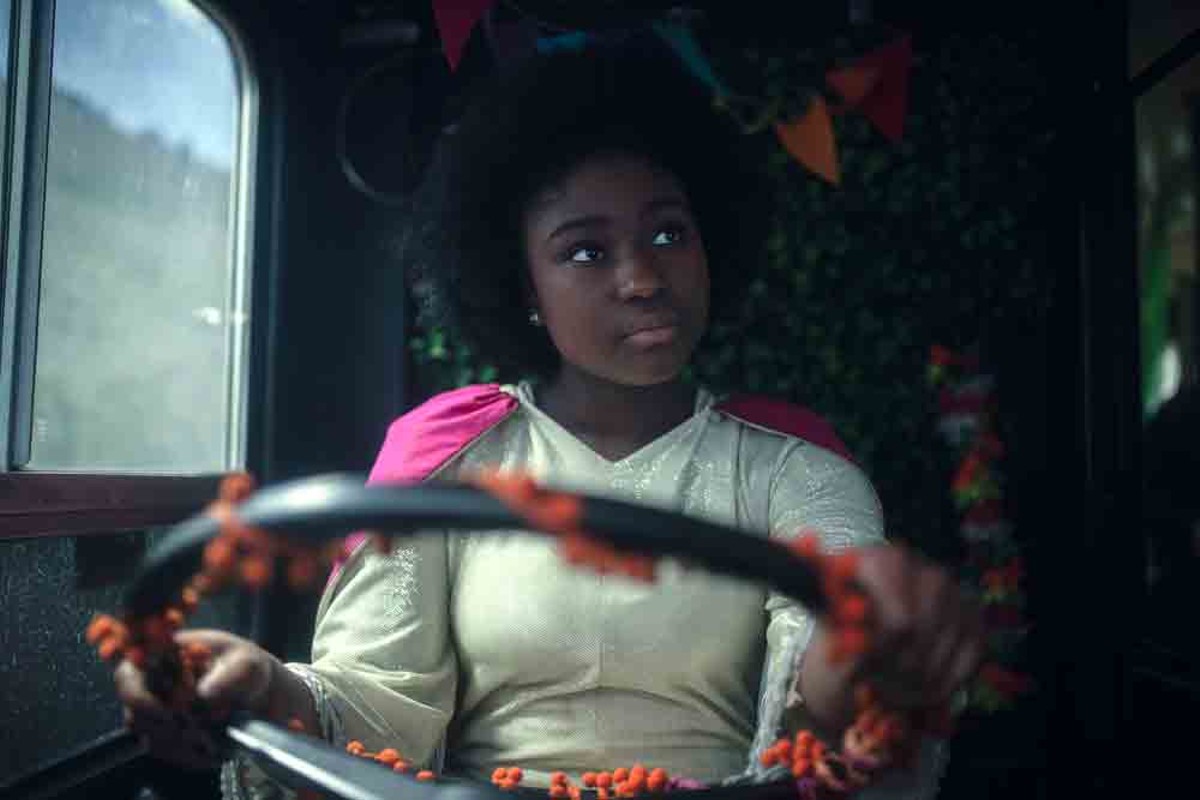 Premieres Wednesday: All Hail — If you've ever wondered what would happen if we held meteorologists accountable for their job performance, here's the movie for you. It's the story of Miguel Flores, the top weatherman in Buenos Aires, who fails to predict a major hailstorm and gets banished to his hometown as punishment. I bet Tom Terry is positively quaking at the idea he could be one fuckup from being sent back to Fresno. (Netflix)

Marvel's Moon Knight — The latest Marvel Studios series casts Oscar Isaac as the Jewish-American mercenary with dissociative identity disorder who's been one of the quirkiest heroes in comics since 1975. After these six episodes are up, the character will be appearing in some of Marvel's theatrical releases. So maybe we'll one day get to see him fight a Christian Scientist ex-marine with delusions of grandeur. (Disney+)

Premieres Thursday: Brené Brown: Atlas of the Heart — The famed social psychologist adapts her best-selling research into a scripted series about the thorny nature of human emotion. Topics to be touched on include anguish, wonder, resentment and disappointment. Which reminds me that I should really think about reactivating my Tinder account. (HBO Max)

The Fairly OddParents: Fairly Odder — Two decades after the original series debuted on Nickelodeon, fairy godparents Cosmo and Wanda have a couple of new young charges to watch out for. Fortunately, the setting is still California, because in today's Florida you can't even tell your teacher your godparents are fairies. (Paramount+)

First Day — And speaking of which ... in Season 2 of the Australian drama, trans teen Hannah Bradford (Evie Macdonald) has to confront the bigotry of her peers head-on when she decides to run for Class Captain. Hey, Florida kids: What wouldn't you give to live in a world where your peers were your biggest problem? (Hulu)

Julia — Celebrated British actor Sarah Lancashire told The Mirror that she wasn't daunted by the prospect of impersonating Julia Child in this comedy series based on the TV chef's life and career — largely because she had never even heard of Child before beginning the project. Gosh, think of all that wasted liver. What does she even do when she wants a snack? (HBO Max)

Moonshot — If you were under the impression "Cole Sprouse" was the name of a farm-to-table delicacy, you're clearly not the target market to watch the former Cody Banks/Jughead Jones hop a rocket to Mars. And especially not in a sci-fi romcom that costars Lana Condor. (No, boomer, that isn't one of the Bird People from Rick and Morty. I'm 93 percent sure of it.) (HBO Max)

Night's End — After an agoraphobic vlogger discovers his new apartment may be haunted, hiring an exorcist turns out to not be the remedy he was looking for. How about just tacking the internet bill to the refrigerator with a note that says "Please pay half"? (Shudder)

Premieres Friday: Apollo 10-1/2: A Space Age Childhood — Richard Linklater returns to animation with a fanciful story about a young boy who imagines he's asked to sit in for Neil Armstrong on NASA's first mission to the moon. Fun trivia: The movie is only coming out now because Linklater had restricted himself to animating one frame per day since 1969. (Netflix)

Battle: Freestyle — In the sequel to 2018's Norwegian feature Battle, street dancers Amalie and Mikael realize that their team's competition routine needs a lot of work if they hope to win the global finals. Ah yes, the eternal struggle to find that delicate poppin'-to-lockin' ratio. (Netflix)

Better Nate Than Ever — A 13-year-old Midwesterner travels to New York to land a role in a Broadway version of Lilo & Stitch in a musical family comedy that's all about youthful self-actualization. And not about corporate cross-promotion whatsoever. No siree! (Disney+)

The Bubble — The latest Judd Apatow flick reveals what happens when the cast members of a blockbuster film have to go into quarantine together because of the coronavirus. Karen Gillan, David Duchovny and Keegan-Michael Key are among the stars of this nostalgic throwback to a time when we hadn't realized you could defeat COVID just by pretending it's over. (Netflix)

Celeb Five: Behind the Curtain — The all-female South Korean comedy quartet appear in a mockumentary about their attempt to brainstorm their first Netflix special. Yes, it's a quartet called Celeb Five, which should give you some indication of the absolutely no-hold-barred hijinks that are in store. This is the kind of show that makes Koreas! (Netflix)

Get Organized With the Home Edit, Season 2 — Clea Shearer and Joanna Teplin — aka, the organization experts who aren't Marie Kondo — return to tidy up the living spaces of celebrities like Drew Barrymore and Kevin Hart. Guys, there's a difference between clutter and baggage. (Netflix)

The Informant — Set in the 1980s, this Hungarian-made spy series sees a college student conscripted into spying for the totalitarian Iron Curtain regime under which he lives. Thank God we put all of that behind us, right? (HBO Max)

The Last Bus — A bunch of British schoolkids on a field trip discover that the world has become overrun by angry robots. And the worst part is, they're too young to go to the Winchester, have a nice cold pint and wait for it all to blow over. (Netflix)

One True Singer — In the grand reality-show tradition, the 14 contestants on this Romanian sing-off have to live under the same roof while they're vying to be named their country's next top vocalist. And in the grand Romanian tradition, they're forbidden from going into that locked room the Count warned them about. (HBO Max)

Slow Horses — A British MI5 agent (Gary Oldman) is busted down to desk duty after a very high-profile failure, but he and his fellow pencil-pushers soon find themselves in the thick of the action anyway. Then again, by the standards of English law enforcement, "in the thick of the action" equals "may be permitted to use a Super Soaker." (Apple TV+)

The Thaw — When the corpse of a Polish woman is fished out of a river, a female detective makes it her mission to locate the baby the deceased had recently given birth to. You know what they say: Adopt, don't shop! (HBO Max)

Trivia Quest — Answer a daily round of questions correctly and you can release some lovable, colorful animated characters from their cartoon prison. Personally, I've always thought a bar tab was the best trivia prize. But I guess you could convince me this is a worthy cause if you told me the critters had been locked up for weed possession. (Netflix)

Premieres Sunday: Mushoku Tensei: Jobless Reincarnation — Here comes a second season of the anime series about a 34-year-old loser who dies and gets sent to a world of swordplay and sorcery. If you make it into your 40s before checking out, I understand you only go to Buc-ee's. (Hulu)

Premieres Monday: Madagascar: A Little Wild — The Muppet Babies of the Madagascar franchise returns for a seventh season of childhood adventures at the Central Park Zoo. Jesus, seven seasons in just a year and a half. Even a jackrabbit has a shorter gestation period than that. (Peacock, Hulu)

Premieres Tuesday: The Croods: Family Tree — Season 2 finds The Croods and the Bettermans still sharing a treehouse and trying to make a success of the world's first farming cooperative. If the show lasts as long as Madagascar, we may even learn the origin of GMOs. (Hulu Original)