‘Never Rarely Sometimes Always’ is the best film of 2020. That's it 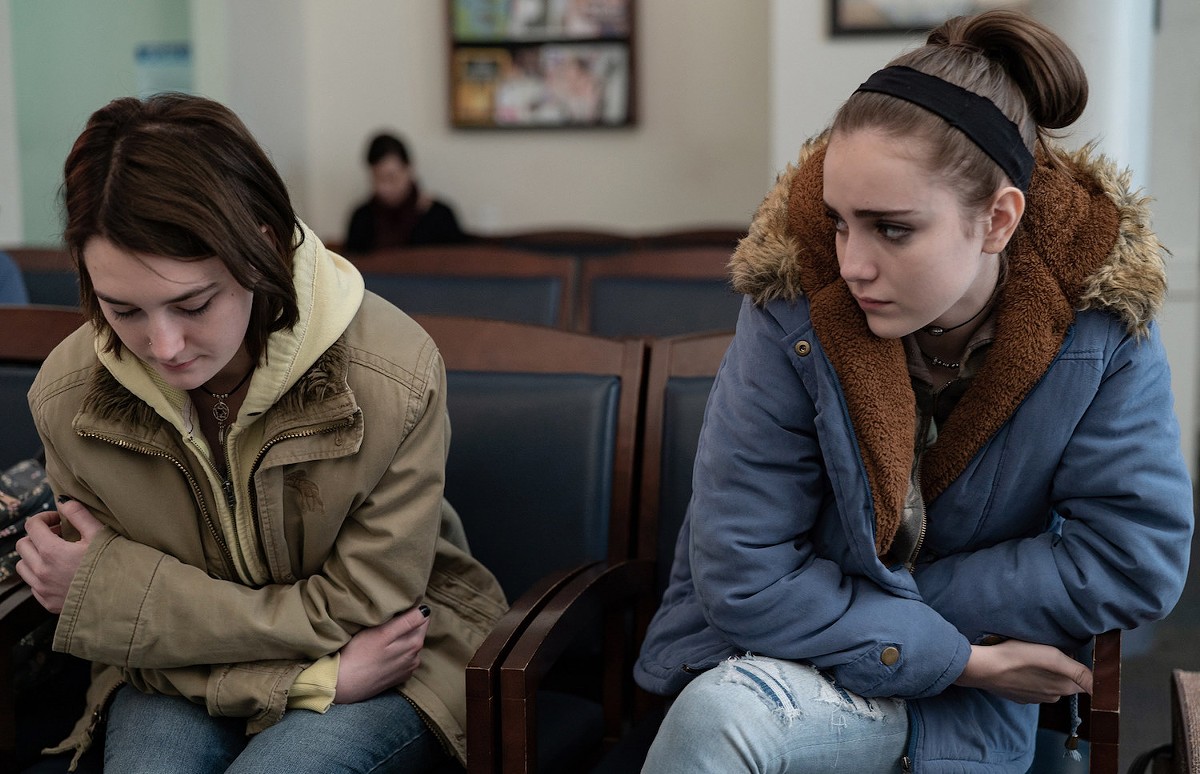 Because of the pandemic, writer-director Eliza Hittman’s indie film has been released on demand to a much wider audience than she might have expected. The film opened in a few theaters March 13, but after coronavirus crashed the theater experience, Focus Features moved to make Never Rarely Sometimes Always available for home viewing. It's to Hittman's benefit that her film will now reach so many, but also to audiences', as Never Rarely Sometimes Always will no doubt end up part of all the big awards roundups at the end of this hellish year.

There's a moment early in the softly savage Never Rarely Sometimes Always in which an adult woman dresses her husband – a grown-ass adult man – in precisely the same way she has just dressed her toddler child, coaxing arms into sleeves, etc., with much cheery encouragement of the basic need to ensure that one's physical body is equipped to deal with winter weather. This shattering movie isn't just pro-"women struggling through some tough shit," it's also anti-"useless men who make the lives of women so much more difficult than they need to be."

All of this is unspoken subtext in the life of 17-year-old Autumn (Sidney Flanigan), who is secretly pregnant and does not want to be. It is also unspoken subtext in how Hittman tells Autumn's story: filtered through the eyes of a high-schooler who cannot yet quite grasp all the nuanced contexts that have shaped the life she finds herself wading through the muck of. We see the fuck out of it, though, and seethe with futile empathy on her behalf.

It's Autumn's mom (Sharon Van Etten), for instance, whose husband, Autumn's dad (Ryan Eggold), is like another of her children. Bad enough that Mom barely looks old enough to be Autumn's mother – and not because of the usual movie shenanigans that cast too-young women in too-old roles. Because she probably is too young to be Autumn's mother, or would be in a world that gave women solid options over their fertility: We may presume that she herself was a teenaged mom. We may also presume that Autumn has seen her mother's struggles and decided this is not a life she would choose for herself if she had any other option.

We don't know the circumstances by which Autumn has fallen pregnant, and it mostly doesn't matter. She doesn't want to be pregnant, and it's her decision what to do about that. But we also glean clues – I will leave them to you to discover – that those circumstances may not be of the happiest sort. Autumn's world – our world – is one in which her teen boy peers and the older men with which she must regularly interact are awful excuses for human beings. (I stress that nothing we see here is unusual or in any way outside the realm of the shit that girls and women have to cope with on a daily basis.)

Never Rarely Sometimes Always is matter-of-fact in the way it depicts Autumn's abortion journey – carried out with the redoubtable support of her cousin and best friend Skylar (Talia Ryder) – as an easy decision that is difficult to carry out because of all the barriers thrown up at every step, some deliberate, some inadvertent. For how Autumn's experience is not tragic or traumatic in and of itself, yet is made overtly and intentionally convoluted by a society that simultaneously sends her mixed signals about female sexuality, castigates her for acting like she owns her own body, and punishes her when she attempts to take responsibility for her own actions, even if those actions have been warped by her cultural programming.

Cringe at how Autumn's father throws around words like slut and easy in such a way that makes it clear he will have little sympathy for his daughter's situation. Double cringe at the reminder that, yes, sometimes women are also complicit in making the lives of other women more difficult than they need to be. Extreme cringe at the gentleness with which the abortion-clinic counselor asks the tough questions to which Autumn should choose from among the words that make up the title of this film.

Never Rarely Sometimes Always isn't about abortion: It's about the constant low-level abuse and denigration that girls and women endure, the brutal heartbreaking aloneness that is only briefly alleviated by solidarity with (some) other girls and women. Autumn is a remarkable character, unforgettable for her pragmatism and her resilience; newcomer Flanigan has the tender vulnerability and pragmatic steel of a young Mary Elizabeth Winstead. But ask yourself why such a young woman must be so strong, and so almost entirely on her own.


— This story appears in the April 8, 2020, print edition of Orlando Weekly. Our small but mighty team is working tirelessly to bring you news on how coronavirus is affecting Central Florida. Please consider supporting this free publication with a one-time or monthly donation. Every little bit helps.