Plus everything else new to streaming this week 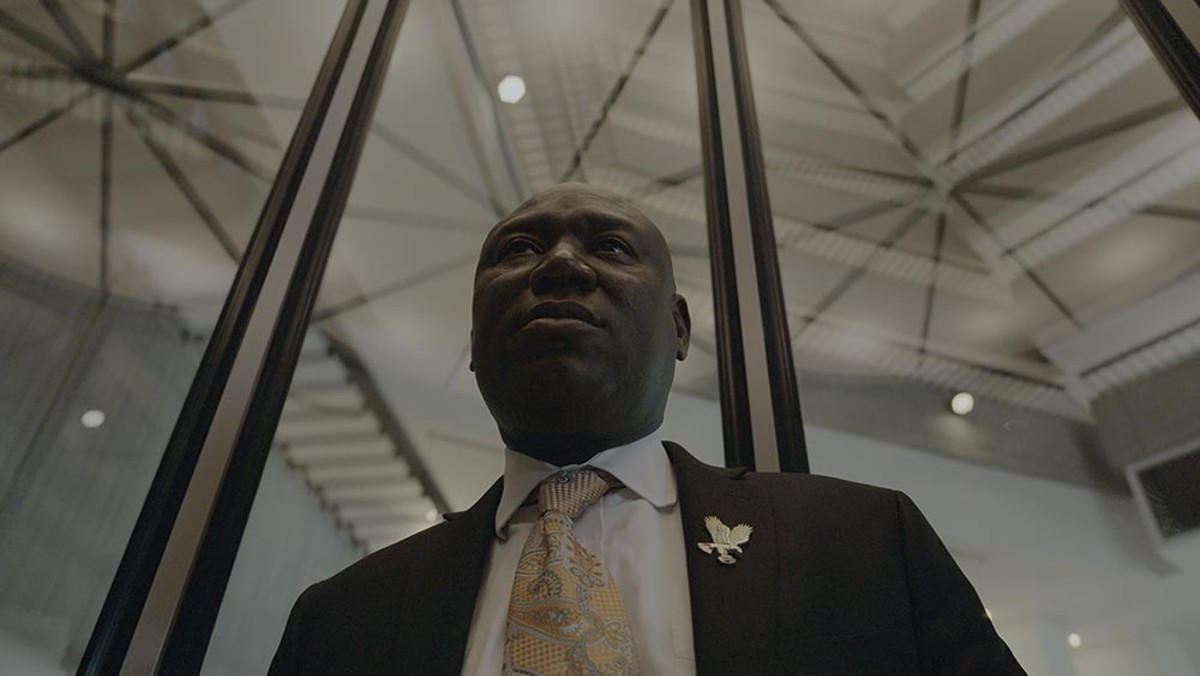 Centauro — From Spain comes the story of a talented motorcyclist who tries to bail his baby mama out of a drug debt by running shipments for the traffickers. Reminds me of something I once said to my grad-school thesis advisor: "Narcotics got me into this, and narcotics will get me out." (Netflix)

Family Reboot — Kelly Ripa and Mark Consuelos were the money behind this six-episode docuseries in which busy families go on soul-searching retreats to feel closer together. Oh sure, because camping out with Kelly Ripa is the bonding experience everybody aspires to. (Disney+)

Iron Chef: Quest for an Iron Legend — This reboot of the classic culinary competition features chefs who have received top ratings from the New York Times and Michelin. I don't know what their skills at changing a tire have to do with anything, but I guess it's nice to know the losers will get home safely. (Netflix)

Love, Victor — In Season 2, Victor took the major step of coming out to his parents. Now, in Season 3, he faces an equally daunting dilemma: choosing between the two young suitors who are vying for his heart. Listen, I don't want to sound insensitive or anything, but I don't think that last part is an issue the Zebra Coalition is especially concerned with. (Disney+ and Hulu)

Web of Make Believe: Death, Lies & the Internet — In six documentary episodes, filmmaker Brian Knappenberger explores the extent to which online misinformation can manipulate the public. If you're reading this column on our site instead of in print, you really want to get me a sandwich right now. (Netflix)

The Wrath of God — From Argentina comes a thriller about a young woman who begins to suspect that the deaths of her loved ones were caused by a famous writer. (Speaking of which, when OPD comes sniffing around, remember it was just a damn sandwich!) (Netflix)

Love and Anarchy — The second season of the Swedish romcom finds Sophie divorced from her husband and trying to make a go of it with Max, but distracted by changes in the publishing business she consults for. Personally, I think it's a sign you don't really want a relationship to work if you can be distracted by an industry that doesn't even exist anymore. (Netflix)

Mad God — Visual-effects artist Phil Tippett (an Oscar winner for Return of the Jedi and Jurassic Park) finally unveils the stop-motion horror feature he's been working on since he completed his duties on Robocop 2 in 1990. Damn, do you know how many movies Guillermo del Toro could make in that time? Half! Half a movie! (Shudder)

Dead End: Paranormal Park — Animated comedy is in the offing when two pals discover that the haunted-house attraction where they work might be the gateway to Hades. Strangely silent right now: everyone you know who used to work at Terror on Church Street. (Netflix)

Players — Mockumentary is the format as we learn all about the wide world of esports from the "bad boys of gaming." Makes you wonder what the good boys of gaming are doing these days. Helping Frogger get to the other side, perhaps? (Paramount+)

Rutherford Falls — Season 1 of the Ed Helms-headlined sitcom drew acclaim for its funny but accurate portrayal of the delicate dynamic between indigenous peoples and European-Americans. Season 2 promises further conflicts set in motion by the actions of casino CEO Terry Thomas (Michael Greyeyes). Don't tell me he's going to be booking Greta van Fleet like the Seminole Hard Rock does, because that's pretty unfair when all we did was give them smallpox blankets. (Peacock)

Sing, Dance, Act: Kabuki Featuring Toma Ikuta — Documentary cameras follow actor Ikuta as he trains for his very first kabuki performance, under the tutelage of his old friend Matsuya Onoe. Aaaand they both just got hit with a C&D from Gene Simmons. (Netflix)

Snoop Dogg's F*CN Around Comedy Special — Katt Williams and Mike Epps are among Snoop's guests in a performance recorded during the recent Netflix Is a Joke Festival. Yes, yes, the same festival where the guy got beat down for attacking Dave Chappelle. I don't know about you, but I'm thrilled to have lived long enough that standing next to Snoop Dogg is now "the safe option." (Netflix)

Good Luck to You, Leo Grande — Is a night of passion with a gigolo the key to happiness for frustrated widow Emma Thompson? Or should she just stick to throwing dead mackerel at headshots of Kenneth Branagh? (Hulu)

Home — Season 2 covers territories from the Netherlands to Indonesia to Mexico, in search of more folks who live in cutting-edge domiciles of their own design. Hope the show makes it to Orlando in Season 3, 'cause there's a guy here who's done wonders with the ice machine outside the ViMi 7-Eleven. (Apple TV+)

The Lake — If the Kids in the Hall revival put you in the mood for more Canadian comedy, here's a scripted series with Jordan Gavaris and Julia Stiles as siblings with distinctly different approaches to adulting. But I doubt it'll have the same keen insight into familial dynamics as "Daddy Drank." (Amazon Prime)

Spiderhead — Chris Hemsworth plays the founder of a near-future prison where the inmates are allowed to wander about the grounds rather than being stuck in a cell ... but only because they've been shot up with mood-controlling drugs. And since movies like this always have a twist, I'm betting there's a downside too. (Netflix)

The Summer I Turned Pretty — Once upon a time, a 16-year-old girl would have gotten called a tramp if she had dated two brothers simultaneously. Especially if they were the sons of her mother's best friend, as is the case in this series adaptation of the best-selling YA novel. Thank God we live in a more enlightened time, and can recognize she's only a tramp because she's already wearing makeup. (Amazon Prime)

You Don't Know Me — An accused murderer has four episodes to clear his name in this British courtroom drama. Given that the character's name is Hero, you could probably do worse than betting your scratch-off winnings on "innocent all along." (Netflix)

Alchemy of Souls — South Korean fantasy writers the Hong Sisters contribute a series based on the concept of hwanhonsool — a phenomenon in which the souls of the long-deceased miraculously return to the land of the living. Dang, an entire show about the Lincoln Project? (Netflix)

Spriggan — The '90s manga becomes an anime serial in which enemy combatants fight over powerful artifacts left behind by an ancient civilization. When they were titling the thing, I'm surprised they didn't go with the direct English translation, I Knew I Should Have Kept All Those Pogs. (Netflix)

Civil: Ben Crump — Public crusades and family commitments contribute to a documentary portrait of the Florida activist attorney, who came to prominence as the lawyer for Trayvon Martin's parents. Is the doc going to be a hagiography? Probably. But who from this state would you rather see hagiographied right now? Casey Anthony's life coach? (Netflix)

The Future Of — Netflix presents a 12-episode docuseries focusing on the technological amenities we're all going to enjoy not too far down the road. You know, when there's no more Netflix. (Netflix)

Hip Hop My House — Recording artist Cam'ron, interior designer Zeez Louise and a bunch of guest rappers team up to give their fans' homes a stylish makeover. Seriously, you're going to be shocked by how much A Boogie Wit Da Hoodie knows about ottoman placement. (Paramount+)