Movies playing in Orlando this week: 'Dora and the Lost City of Gold' and more

On Screens in Orlando 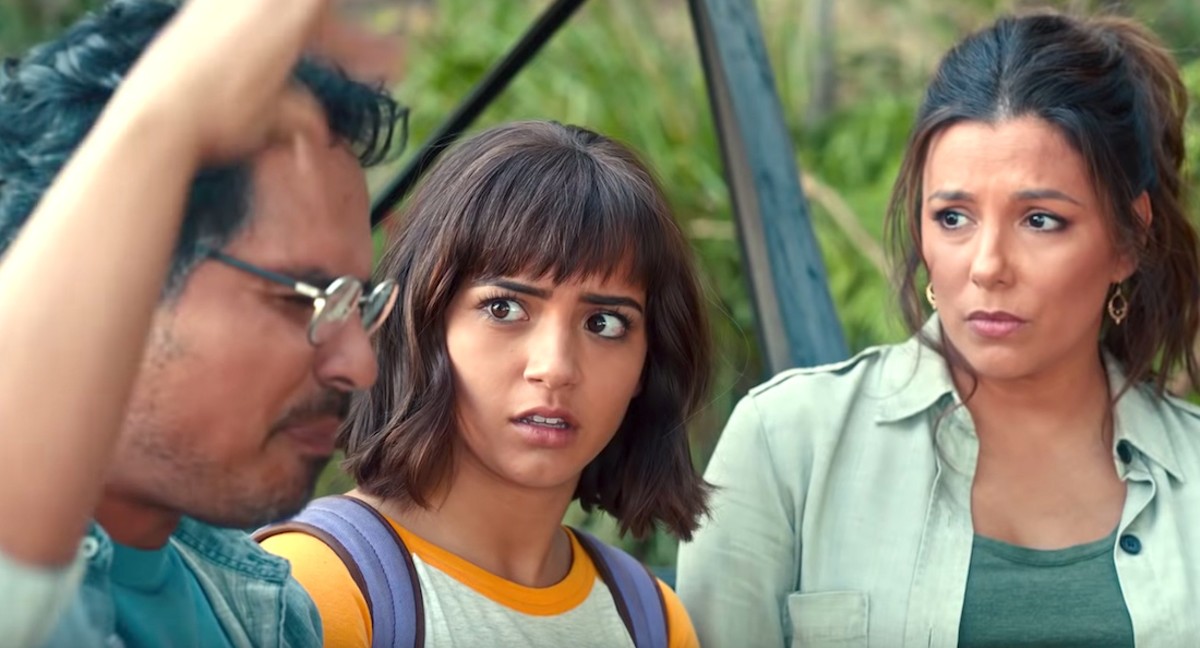 Opening this week: The Art of Racing in the Rain Let's all welcome the latest entry in the genre of Stories Told From a Dog's Point of View. Of course you'll remember past efforts like A Dog's Purpose. And, uh ... All That Jazz. Anyway, in this one, a wise canine named Enzo reflects on his relationship with his human family. Enzo is voiced by Kevin Costner, whose character in 2013's Man of Steel just happened to die saving the family pup from a twister; thus, I'm choosing to believe Enzo is the reincarnation of Pa Kent. I guess these dog movies have really done something to me. But I'm sure all the Marianne Williamson books haven't helped either. (PG)

Dora and the Lost City of Gold The Hollywood Reporter's Todd McCarthy brought down the wrath of the internet for complaining three times in the space of one review that this live-action adaptation of the popular kids' cartoon lacks sufficient "hormones." And that pile-on was kind of unfair, because there's nobody around to defend McCarthy as long as Roman Polanski is stuck in Europe. Curiously, we were told all reviews of the picture are embargoed until Friday's opening day. Maybe somebody's trying to minimize further damage? Guess you'll have to wait until the weekend to find out what Herbert the Pervert from Family Guy thinks. (PG)

The Kitchen DC Comics recently shuttered its Vertigo imprint, but the latter is still being used as fodder for movies you'd never guess were based on graphic novels. Set in the 1970s, The Kitchen shows what happens when a bunch of Irish mobsters are sent to prison and their wives have to run the family business. In the lead is actual Irish person Melissa McCarthy, which you know has to chap Scarlett Johansson's ass. (R)

Scary Stories to Tell in the Dark After three decades, the popular series of children's horror stories has finally come to the screen. The story takes place in 1968, as the discovery of a mysterious book threatens the innocence of a bunch of small-town teenagers. Talk about a missed opportunity: Set this thing in 1969, and you could have worked in the Manson Family. (And Bruce Lee, for some reason.) All that's left now is for The Hollywood Reporter to tell us if the kids are hot enough. (PG-13)

Also playing: Marianne & Leonard: Words of Love After Neil of The Young Ones described vampires as "dead and yet still alive, just like Leonard Cohen," there was really nothing left to say about Mr. Mournful Alleluia. But this documentary tries to find something anyway, focusing on the brief but allegedly impactful relationship between Cohen and Marianne Ihlen, the woman who was his muse. (Ugh, that word.) Director Nick Broomfield made his name with Kurt & Courtney and Biggie & Tupac. Which I guess explains a slight alteration on the film's soundtrack: "Everybody knows that the dice are loaded/ Everybody knows the feds bumped me off." (NR; playing at Regal Winter Park Village & RPX)