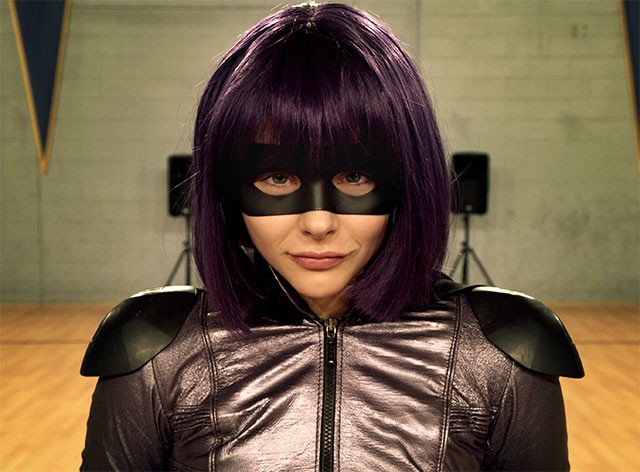 Blue Jasmine After one week’s delay, the latest Woody Allen flick is supposedly arriving in Orlando this Friday, honest Injun. We’ll see if the plan holds, or if it’s just another empty promise … like the ones the Woodman made to Mia. BAZINGA! (PG-13) People who liked this also liked: Midnight in Paris; Russian dating sites.

Jobs “Daddy, why did your generation think it was a good idea to cast Ashton Kutcher as Steve Jobs, of all people?” “Well, honey, he had done such a good job of figuring out the Butterfly Effect that we figured the leap to trailblazing techno-genius wouldn’t be all that difficult. It was a confused time: We actually thought a 2-ounce can of caffeine could give us energy for five hours. Don’t judge.” (PG-13) People who liked this also liked: US Festival recaps on Palladia; mindless retweeting.

Kick-Ass 2 With even co-star Jim Carrey publicly shunning this sequel to the hyperviolent 2010 superhero sendup, is there anybody in post-Newtown America who will be able to enjoy it without shame or reservation? We’ll find out this weekend. Adding to the sense of giddy anticipation, you can now take your Tec-9 along with you on opening night in any state in the nation! (R) People who liked this also liked: Kick-Ass; the Zimmerman verdict.

Lee Daniels’ The Butler Yeah, right: It’s Oprah Winfrey’s The Butler, and you don’t have to have won a car to know it. Seeing history’s greatest lifestyle guru return to the big screen is the big selling point here – although watching the civil-rights struggle from the vantage point of eight presidential administrations may also do wonders for our national conversation about the strides we’ve made, how far we have to go, and how we would already be there if not for something somebody else did. (PG-13) People who liked this also liked: That Paul Simon album with all the African musicians on it; the Toyota Prius.

Paranoia Now that this twisty tale of corporate intrigue is finally hitting theaters, America gets to see the four minutes that weren’t in the trailer. Liam Hemsworth takes a timeout from the Hunger Games to play an office spy caught between tech titans Gary Oldman and Harrison Ford. Wait a minute: To Harrison Ford, doesn’t the Sony Walkman qualify as “tech”? Maybe Ashton Kutcher taught him what an app is. (PG-13) People who liked this also liked: Hearing their friends describe Margin Call; the year 1986.