Find out what's playing in local theaters this week 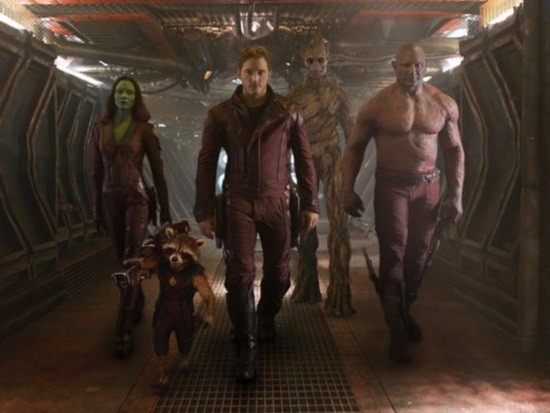 Boyhood The buzz couldn’t be any stronger for the latest from Richard Linklater, who took the extraordinary step of interpreting a coming-of-age story by actually showing somebody coming of age. Star Ellar Coltrane was 6 years old when filming started and 18 when it ended. So he was able to drink at the wrap party, which is always nice -- but who’s going to tell the poor kid that he’ll never again enjoy that kind of job security? Next up for Linklater: Throwback Thursday, a Freaky Friday prequel compiled entirely from Ethan Hawke’s Facebook updates. (R)

Get on Up If Hollywood believes two things, it’s that black folks don’t go to comic-book movies and white folks don’t go to movies about black folks. All of which explains why the James Brown biopic Get on Up is the sacrificial lamb that’s been scheduled against Disney/Marvel’s Guardians of the Galaxy. In real life, it’s going to be my white music-snob friends filling in my black nerd buddies as to what kind of job Chadwick Boseman did as the King of Soul, and whether they should give the flick the time of day when it shows up on Starz four months from now. Heck, we might even invite them over to watch it – especially if Charlie Crist wins and we’re feeling really liberal! (PG-13)

Guardians of the Galaxy As I write this, the San Diego Comic-Con is just getting under way, and I’m bracing myself for all sorts of PR fog about the future of comics on film, and how DC Entertainment is going to start giving Marvel Studios a run for its money any minute now. So as a reality check, let me just point this out: “Winning” is when you can wring the most anticipated movie of the summer out of a property so obscure even the editors of The Comic Book Price Guide have to look it up. By Christmas, Rocket Raccoon may be firmly entrenched as a star of the Disney-acquisition firmament, making “possible Star Wars crossover” the hot ridiculous rumor du jour. Meanwhile, DC’s entire release slate for the next five years will have shifted three more times, just because Olaf the Snowman blew on it really hard. God, how I love a photo finish. (PG-13)