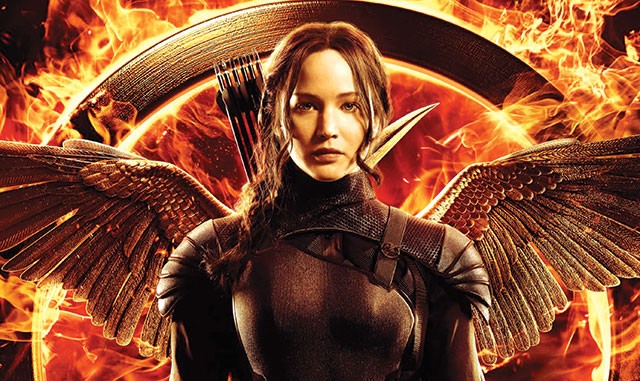 Food Chains Could there be a better way to anticipate Thanksgiving than by heading to the multiplex and discovering that both of this week’s new releases are movies that will make you feel guilty about the very act of eating? First up is Food Chains, a documentary about the tomato pickers in Immokalee, Florida, who took a stand against the immoral conditions foisted upon them and their ilk by America’s network of supermarkets and fast-food chains. How did the members of the newly christened Coalition of Immokalee Workers (profiled in Orlando Weekly’s Dec. 9, 2010, cover story) choose to both air their grievances and jump-start the Fair Food movement? By going on a hunger strike, natch. Now, doesn’t that fill you with a sense of inner peace and validation as you prepare to dig into your holiday meal of GMOed-to-shit turducken? (NR)

The Hunger Games: Mockingjay – Part 1 But wait – you aren’t done feeling shitty yet. The week’s big opening is our latest visit to that fabled dystopia where privation has kids slaughtering each other left and right, just so their families will have a shot at a Papa John’s Fritos-Chili Pizza. This time, heroine Wackness Leancuisine and her compatriots find themselves in the legendary District 13, which was supposedly destroyed but where Sony isactually preparing the fourth sequel to that movie about alien apartheid. (I think.) Meanwhile, Wackness has been elevated to the status of a folk hero due to the widespread dissemination of her nude selfies, entitling her own district to a year’s worth of Doritos-flavoredMountain Dew. To complete the gluttony motif, consider this: We’d be done with the Hunger Games series now, except that Lionsgate decided there was too much dosh to be had by following the Harry Potter model and slicing the last novel in the series into two individually marketable movie-going experiences. Thank God for that excess-driven Yankee ingenuity. Pass the taters. (PG-13)