Short but sweet (and a little sour) 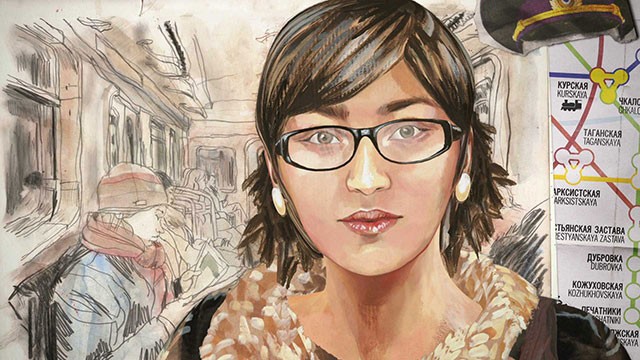 What’s in a name? Not much if you’re the Manhattan Short Film Festival, as the festival of shorts is being screened not just in New York, but in 300 locations around the world. Luckily for us, the Enzian and the Cobb Plaza Cinema Café are two of 10 Florida venues.

The 16th annual festival features 10 films chosen from 628 entries from 48 countries. Viewers get everything from a couple of mildly amusing throwaways to an emotional powerhouse of Oscar quality. The most intriguing part is that all of the estimated 100,000 worldwide viewers get to vote for their favorites, with winners to be announced Oct. 6. For the audience, it’s a global, cinematic coming-together, while for the filmmakers – who hail from six different counties – it’s a coming-out.

First up is #30 (1 star) an Australian comedy, with a hint of pathos, about an actress struggling through an audition for Hamlet. The weakest of the films, it misses its mark and ends up as tedious and awkward as the event it’s depicting. Only slightly better is the entry from Finland, Do I Have to Take Care of Everything (2 stars), a somewhat sweet comedy about juggling parenthood and social responsibilities.

These two icebreakers are included seemingly to whet your appetite for the good stuff, which comes quickly in the form of Seb Edwards’ Friday (5 stars). An English entry, this is a touching and insightful examination of grief, anger and prejudice in the aftermath of the 2005 London bombings. Don’t be surprised to see Friday take home the prize for the festival’s best film and lead actor Reece Noi get the nod for best actor, an award that’s being given for the first time this year.

Up next are France’s No Comment (3 stars), a comedic twist on gender relations, and Irish Folk Furniture (4 stars), an ambitious and fascinating stop-motion-animation documentary that patrons of the 2013 Florida Film Festival will remember.

Black Metal (2 stars), a too-brief contemplation of whether musicians are responsible for the evils committed by their fans, doesn’t deliver the emotional punch it intends, but French entry Faces From Places (3 stars), a collection of three animated documentaries spaced out between the other nine entries, is a refreshing and unique addition. Watch for the interesting juxtaposition of motion-capture imagery and what appears to be crude but creatively colorful hand-drawn backgrounds.

The final three entries are all touching and a bit mystical in their own way. I Am a Big Ball of Sadness (3 stars) feels overwhelmingly contemporary and real, Kismet Diner (4 stars) seems magically unreal, and the Russian historical drama The Pale of Settlement (4 stars) may be the most beautifully shot of the films – and the best after Friday.