‘Maleficent’ is not magnificent 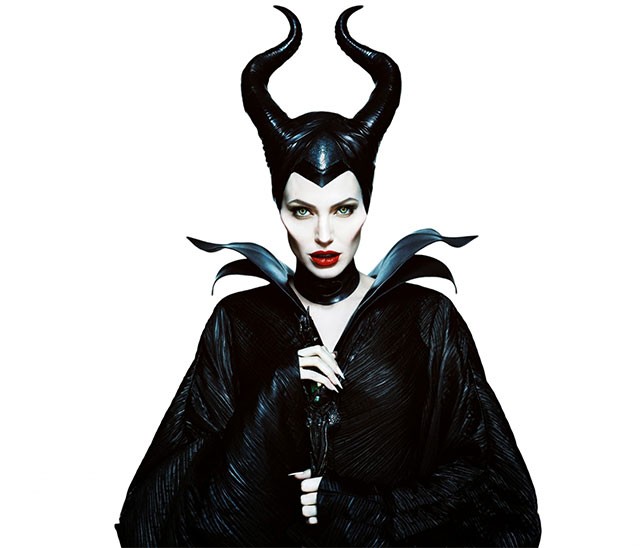 “Let us tell an old story anew,” begins Disney’s Maleficent, a cartoonish retelling of Sleeping Beauty from the titular horned villainess’ perspective. There’s plenty of flash and style, but little substance that sticks: The film plays like a Disney park attraction that wows you with visuals yet treats the story like an afterthought. The difference is park attractions or rides last all of two minutes; Maleficent is 97 minutes of Angelina Jolie looking for something to do.

Jolie’s Maleficent starts as an innocent fairy (played as a girl by Isobelle Molloy) in charge of protecting her land. The neighboring humans don’t dare enter her territory for fear of the creatures that lurk within the moors. Sometimes, however, children are too naive to know better, which is the case when farm boy Stefan (Michael Higgins) is caught stealing. The human fascinates Maleficent and the two become friends. As the years pass they grow closer and fall in love, but are separated as their kingdoms go to war. Stefan (Sharlto Copley) betrays her, and she’s so spurned that she curses his newborn daughter, Aurora, to prick her finger on a spinning wheel by her 16th birthday, at which point Aurora will fall into a permanent sleep. Only true love’s kiss can wake her, if true love exists.

Director Robert Stromberg is making his feature film debut here, and his inexperience shows. He holds things together decently enough leading up to the curse, but there’s a narrative lull in Linda Woolverton’s (The Lion King) script as the years slowly drudge along leading up to Aurora’s (Elle Fanning) climactic 16th birthday. This middle segment – which is little more than a half-hour but feels longer – is pure dead weight, and with a third act full of head-scratching decisions, the film never recovers.

Story shortcomings would be forgiven with stronger visuals, but Stromberg falls short there too. The visual effects – including the creatures, flying, magic and the three pixie fairies (Lesley Manville, Imelda Staunton and Juno Temple) – all look like they belong on a Saturday morning cartoon. Worse, the 3-D is too dark, and in some scenes you notice the demarcation between the live-action set and visual effects added in post-production – the opening scene in which we see Maleficent from behind as she stares into the woods is a glaring example.

With the story a failure and the visuals underwhelming, we’re left with Jolie’s performance, which is a trip. To say she chews scenery would not be accurate – it’s more like she swallows it whole. Note the glare of her eyes, the menace of her voice, the pure delight she embodies as her character breaks bad. Her prosthetic-enhanced cheekbones coated with white makeup, her bright red lipstick and her intimidating horned black costume further accentuate Maleficent’s true menace. Maleficent is the epitome of a woman scorned, yet Jolie maintains her humanity with reluctant half-smiles and occasional good deeds. She’s not even that mean to her assistant, Diaval (Sam Riley), when he offers unwelcome advice. The character may be an evil fairy, but she never loses her capacity for good.

You can’t blame Disney for wanting to put a new twist on a classic fairy tale, especially in an effort to show a new side to its most notoriously evil villain. Maleficent is just not a successful way of doing it.