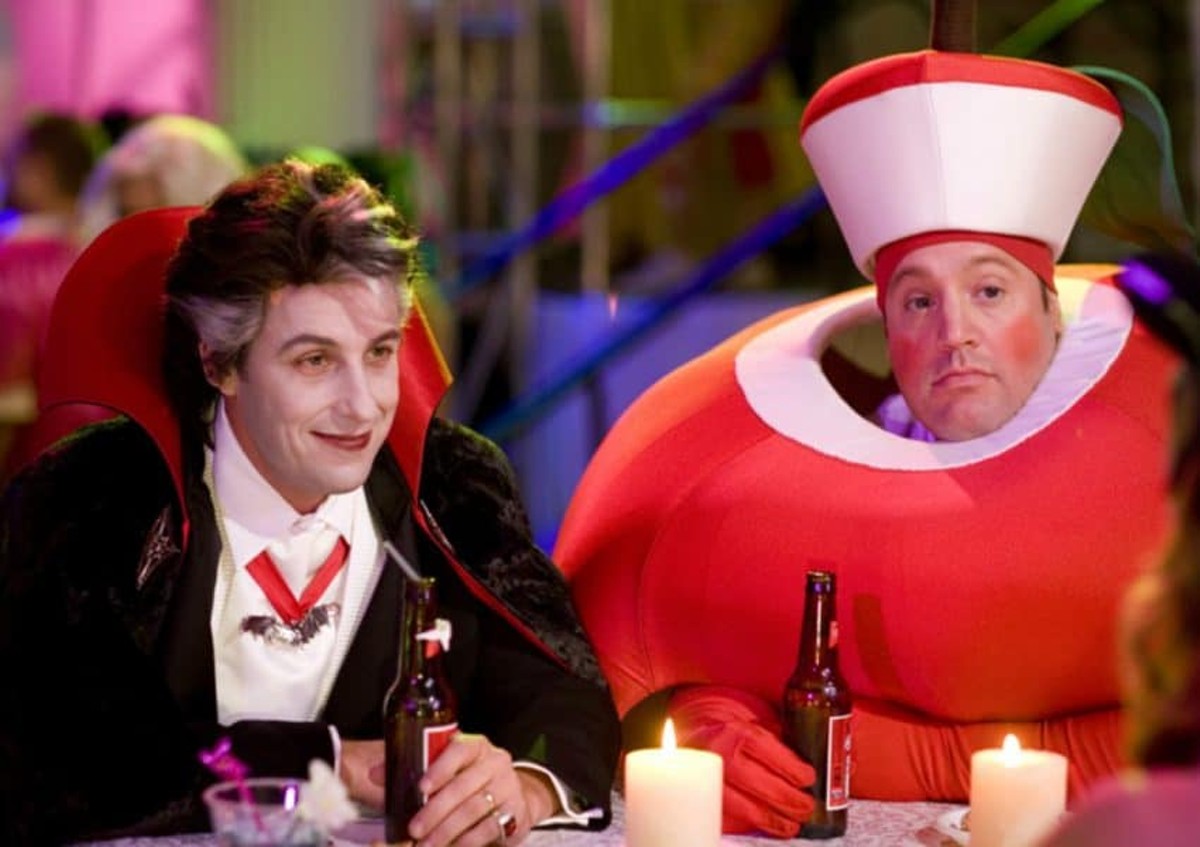 Premieres Wednesday: Hubie Halloween – Just when you had started thinking of Adam Sandler as the guy who made Uncut Gems, he goes and reminds you he also made Hotel Transylvania 1, 2 and 3. The key difference is that Hubie Halloween – in which Sandler has to protect his home town of Salem, Massachusetts, from the supernatural – is live action instead of a cartoon. Then again, with the likes of Kevin James, Rob Schneider and Shaquille O'Neal in the supporting cast, "live" is a thoroughly relative term. (Netflix)

Premieres Thursday: Charm City Kings – The 2020 Sundance Film Festival awarded a special jury prize for ensemble acting to Charm City Kings, a dramatic portrait of a teenager who yearns to join an elite team of dirt-bike riders. Heck, I would have given them an award just for using "elite" and "dirt" in the same sentence. (HBO Max)

The Cleansing Hour – Horror and comedy vie for screen time as a couple of Internet hoaxsters who stage fake exorcisms find themselves face-to-face with a genuine demon. Shades of 2010's The Last Exorcism. And also every season of Dance Moms. (Shudder)

Premieres Friday: Deaf U – This documentary series profiles the student body of a private college for the deaf and hard of hearing. Cue special prompt: "I SAID, ARE YOU STILL WATCHING?" (Netflix)

The Forty-Year-Old Version – Here's another 2020 Sundance winner, this one for best directing. That would refer to first-timer Radha Blank, who also wrote the script and stars as a struggling New York playwright who turns to rapping to save her career. Who knew WAP stood for "wack-ass playwright"? (Netflix)

The Haunting of Bly Manor – Having won the lottery (nyuk nyuk) by adapting the work of Shirley Jackson, the creative team behind The Haunting of Hill House turns their talents to Henry James' The Turn of the Screw. Several cast members from Hill House return as different characters, establishing a repertory-company feel that could continue into future seasons, just like ... um, American Horror Story. Uh-oh. (Netflix)

The Right Stuff – Strap in for episodes 1 and 2 of a new series adapted from Tom Wolfe's classic book about the early days of NASA. Of course, the book was also the basis for a high-profile 1983 movie, but Wolfe himself didn't care for it very much. That means this episodic version has a chance to better reflect his vision, just like happened with ... um, The Shining. Uh-oh. (Disney+)

Premieres Tuesday: Evil Eye – The third of this month's Blumhouse/Amazon co-productions concerns an Indian-American woman who begins to suspect that her new boyfriend is part of a sinister curse that's bedeviled her family for years. Boy, I remember when all you had to be was a good provider. (Prime Video)

Nocturne – In October's fourth and final Blumhouse/Amazon offering, a Juilliard student uses the notebook of a dead girl to beat her sister in a music competition. Canny strategy, but you really get hosed on book buyback. (Prime Video)