An even-tempered doc about the financial meltdown nonetheless infuriates 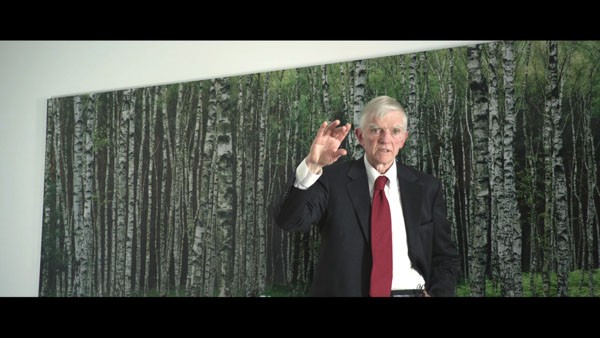 Directed with a cool head and a clenched fist by Charles Ferguson, the documentary Inside Job favors stats over Michael Moore-esque stunts in assessing the causes and effects of our 2008 financial meltdown.

With the help of Matt Damon’s even-tempered narration and the use of crisp onscreen graphics, Ferguson interviews former economic advisers and current prime ministers, lawyers and lobbyists, professors and journalists, therapists and escort service managers to determine which type-A personalities were responsible for running the economy into the ground and what global repercussions their actions have had.

The information comes on a bit thick for the first hour, as Ferguson establishes a timeline of increasing deregulation and looming instability that grew out of Reagan’s years in office. (He holds accountable each and every president that followed – even Obama.) Investment ratings were often overestimated while regulation efforts wound up undermined. Confused yet? If you, like I, don’t know a CDO from a CDS, then just sit tight.

When Inside Job switches gears from intimidating to infuriating, certain subjects (former George W. Bush economic advisor and UCF grad Glenn Hubbard and former Federal Reserve board member Frederic Mishkin in particular) begin to stammer and sweat and shout on camera as they’re taken to task for looking the other way when it came to certain shaky financial sectors and then pocketing nominal speaking or writing fees from companies and groups that stood to gain from the economic fallout, a conflict of interest that their employers at Harvard and Columbia universities don’t see fit to disclose. Meanwhile, those who bailed on collapsing institutions are repositioned to bail others out, as foreclosures and unemployment rise in America, China, France and Iceland, among other places.

It’s an eye-opening bit of business, a slick but sure-handed look at how this recession could’ve been avoided and how such
grand-scale financial fraud continues to perpetuate itself without a single click of the handcuffs. Ferguson talks to prophets of soon-to-burst bubbles and culprits alike, while almost making a running gag out of which responsible parties declined to
participate in his film. Yet for the hundreds of times somebody mentions millions earned or billions lost, the weight of those numbers never ceases to overwhelm.

Inside Job is admittedly dense and dry to start, but Alex Heffes’ propulsive score and the especially nimble editing by Chad Beck and Adam Bolt prevent the gloom and doom of cold, hard facts from bringing the proceedings to a complete, numbing halt. Better yet, the considerable research on display, combined with Ferguson’s increasingly vocal sense of indignation, makes it all too easy for one to get riled up about a system that has fundamentally broken down.