In a time of real tragedy, is 'The Hunt' just a trivial pursuit? 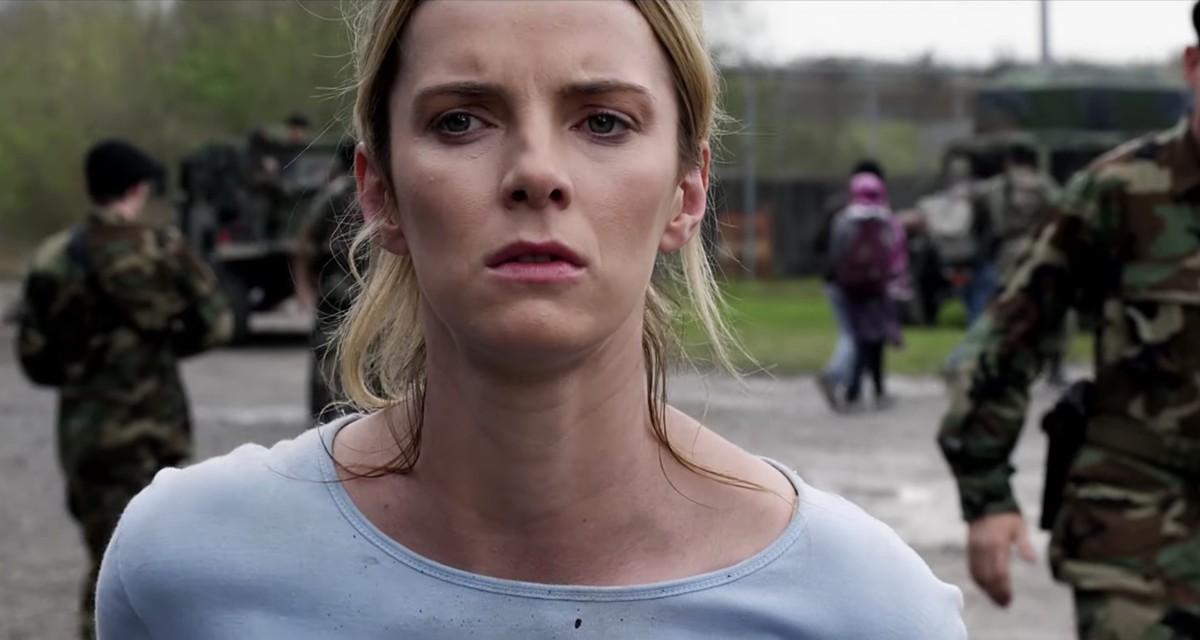 "Disorientation" is a polite word for the feeling of watching The Hunt, the sleazily provocative cat-and-mouse thriller that's currently available for streaming after half a year of false starts. The movie became infamous on the eve of its intended theatrical release last fall, when its premise – murderous liberal elites hunt innocent red-staters for sport – drew the ire of Fox News talking heads and ultimately the White House. Theaters were unbooked until the heat could die down, and the flick finally arrived in multiplexes in mid-March of this year – just in time for the coronavirus to exile it to home viewing along with the rest of Hollywood's first-quarter output.

So, to put a fine point on it: You can now sit in the privacy of your own home and watch a film Donald Trump had derided for pitting the two Americas against each other, at the same time he's on all channels breezily declaring his intention to sign the death warrant of states he doesn't happen to like. Boy, timing is everything.

'The Hunt' is a fun bit of grindhouse outrageousness that falters when it tries to accomplish anything beyond simple titillation.

Speaking of timing, the movie includes a joke about hand sanitizer, of all things, proving that poor taste is sometimes its own kind of prescience. But even trying to put The Hunt into its intended, pre-COVID-19 context, the best you can say is that it's a thoroughly watchable and often even fun bit of grindhouse outrageousness that falters most when it tries to accomplish anything beyond simple titillation.

The plot doesn't warrant much of a recap, since it's basically an elevator pitch fleshed out with bloody slapstick set pieces: Some anonymous rednecks are whisked away to a mysterious game preserve, where they have to run from violent death meted out by predatory, well-funded libs. The kills (both offensive and defensive) are gruesome and completely over-the-top, positioning the movie firmly in the tradition of the Black Knight sequence in Monty Python and the Holy Grail. And the dialogue is often and honestly LOL-level, playing on rural stereotypes of coastal wokeness. (An older white couple debates the appropriateness of the term "black people" while gassing a room full of hayseeds.)

At least, I'm hoping the goal was to lampoon those stereotypes and not buttress them. After all, the film's entire storyline is built upon the doublethink at the heart of the right-wing worldview: The liberals are a bunch of spineless, pacifist pantywaists, and they'd like to kill us all!

Star Betty Gilpin gives a funny/gutsy performance as Crystal (yes, as in meth), a Mississippi combat veteran determined to survive the ordeal with her buff body and her cool, registered-independent alienation intact. Hats off to Gilpin for uttering her many scripted Rambo-isms with gusto (and a straight face).

At the same time, making its heroine apolitical signals the picture's ultimate cop-out. Without "spoiling" anything, The Hunt eventually abandons its us-versus-them orientation to declare airily and homiletically that there are extremes on both sides, and that thinking the worst of people just inspires them to behave as badly as you had imagined. Never mind that the "middle ground" mainstream entertainment products like this one shoot for is center-right at best; our current, deadly reality is the surest illustration yet that some sociopolitical factions are far more extreme than others, and that they'll behave quite awfully without anybody's pre-emptive censure.

Moderation isn't a strong foundation for satire, and it's a dubious commercial strategy to boot: For all the calculation that went into The Hunt, I'm most mystified by its makers' apparent belief that they could turn a profit off a target market made up entirely of John Kasich voters.

—This story appears in the April 1, 2020, print issue of Orlando Weekly. Please follow CDC guidelines and Orange County advisories to stay safe, and please support this free publication. Our small but mighty team is working tirelessly to bring you news on how coronavirus is affecting Central Florida. Please consider making a one-time or monthly donation. Every little bit helps.