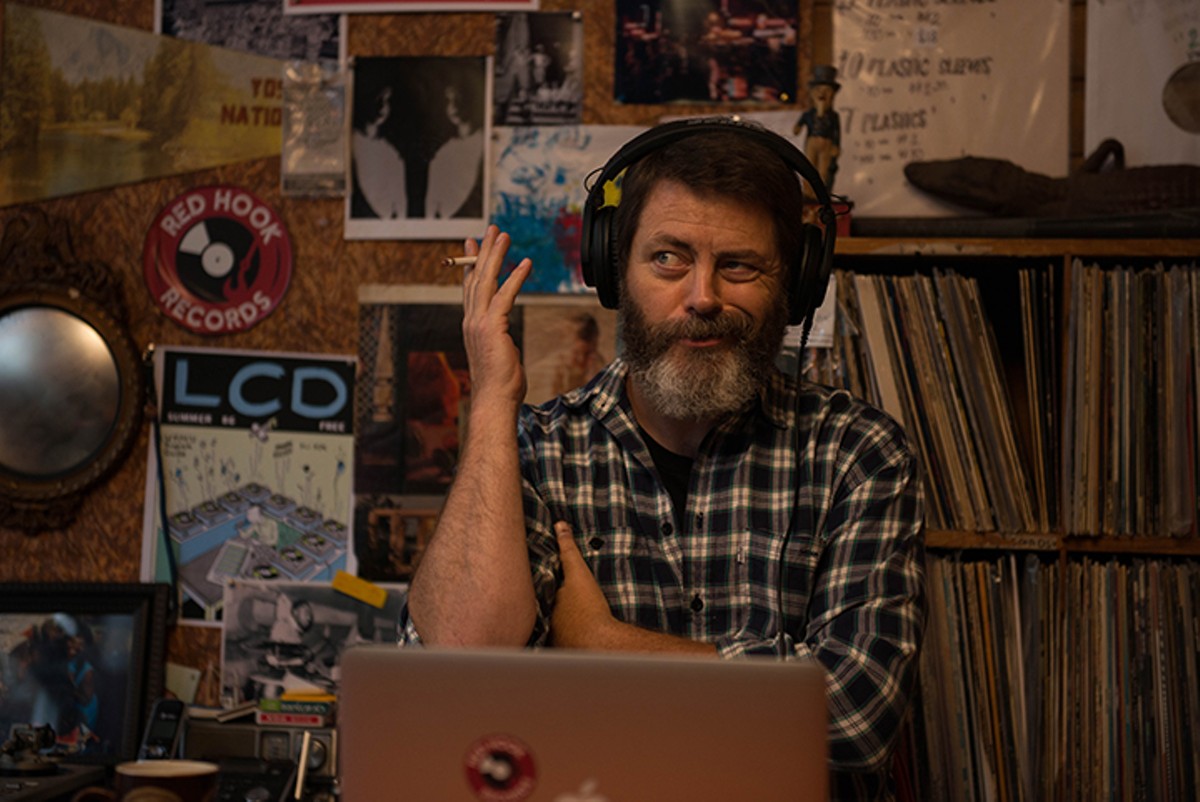 Writer-director Brett Haley’s previous movie, The Hero, featured Sam Elliott as an actor in an end-of-life crisis. In his follow-up, Hearts Beat Loud, Haley ups his ambitions by tackling two crises: coming-of-age romance and mid-life angst. But despite the film’s sweetness and comfortable familiarity, Haley’s ambition has overwhelmed his ability.

With no Elliott to anchor the production, Haley has turned to Nick Offerman, who delivered a wonderful supporting performance in The Hero. Offerman’s infinite likeability is again on display here, and one can’t help admiring the actor’s choices, which have included TV shows Parks and Recreation and Fargo in addition to well-received indie cinema such as Me and Earl and the Dying Girl. But in Hearts Beat Loud, he’s tasked with playing Frank, a single dad clinging to his love for music, managing his financially strapped record store and struggling with an unconventional romance – all while sending his daughter to college and coming to terms with his mother’s dementia. It’s too much for him and Haley’s script to juggle.

Actor and musician Kiersey Clemons (The Only Living Boy in New York) plays Frank’s daughter, Sam, and she, too, is at a turning point. Getting ready to say goodbye to her dad, her musical upbringing and her New York neighborhood, she’s headed to UCLA as a pre-med student. She’s also fallen hard for her friend Rose (Sasha Lane). Had Haley’s screenplay (which he again co-wrote with Marc Basch) focused just on Sam, it might have produced better results. But relegated to a subplot, the romance between Sam and Rose feels sandwiched and contrived – as do portions of the rest of the film, especially the abundant musical numbers, which are meant to inspire awe but are forgettable at best and interminable at worst, despite Clemons’ strong voice.

The usually great Toni Collette – as Frank’s landlady and casual romance – is not great here. Instead, she’s just like everything else: pleasantly tolerable. (She was far better earlier this year in Hereditary, for which she might earn an Oscar nomination.) And Blythe Danner (with whom Haley worked in I’ll See You in My Dreams) is miscast as Frank’s mom. The 75-year-old beauty neither looks nor acts her age and is, therefore, unbelievable as the doddering matriarch. (It doesn’t help that Haley gives her virtually nothing to do.)

In contrast, Ted Danson is a good choice as Dave, Frank’s friend and bartender. But, unfortunately, Dave is both underdeveloped and poorly written, as he, like Frank’s mom, has little to contribute – except clichés and tired advice.

“It’s like life,” Dave says about fine wine. “You gotta slow down and enjoy it.”

That actually could be good guidance for this film. After all, the movie might hold enjoyment for those partial to its tunes and laid-back, friendly vibe. And there’s no denying that Hearts does occasionally beat loud, particularly during its ending, which feels genuine, if a tad abrupt. But there’s nothing unique or particularly noteworthy in its beat. Perhaps a little arrhythmia would have helped.