'Guardians of the Galaxy Vol. 2' isn't as edgy or funny as it thinks it is 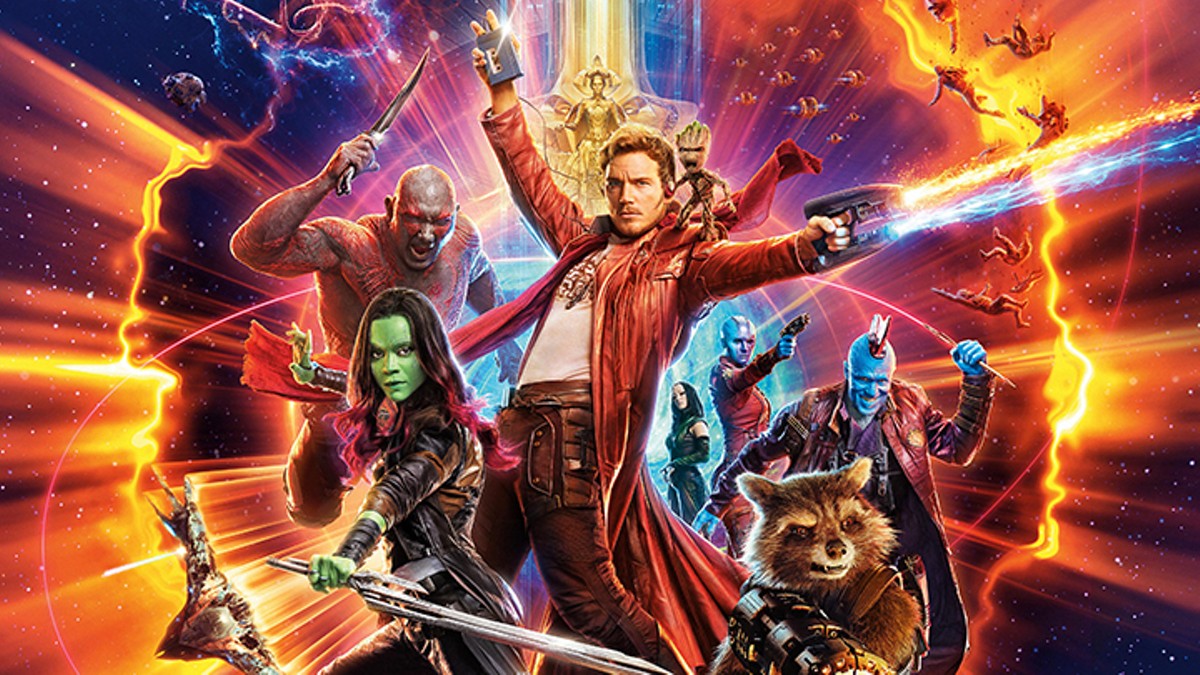 “You were insufferable to start with,” groans Gamora, the badass green chick who should be the hero of the Guardians of the Galaxy series. She says this, rolling her eyes, about “hero” “Star-Lord,” aka doofy Earther Peter Quill, after a revelation about his parentage that is at the center of the tedious, been-there-bought-the-T-shirt plot of Vol. 2.

See, Peter (Chris Pratt) had already been living the fulfillment of a fantasy that lots of kids have, that we don’t belong in whatever dull place we’re stuck in, that nobody understands us, and that clearly we are destined for greatness, etc. Born on 1980s Earth, his dad a mysterious spaceman, Peter now lives and works out in the big wide galaxy, the vindication of that childhood escapism: “See? His dad was from another planet!”

But that’s never enough, is it? Luke Skywalker was never just a bored farmboy, Neo was never just an unappreciated hacker, and Peter, it turns out, is not just any old ordinary doofus with a spaceman for a dad. I won’t spoil the big secret of Peter’s space dad (Kurt Russell), except to say that while it has nothing to do with Peter’s backstory in the GotG comic, it is something dragged in from elsewhere in the Marvel universe. Suffice to say that it is a ridiculous ego boost for Peter, and an even more, well, yes, insufferable and – worse – very familiar male fantasy.

And this is the overarching problem with Guardians of the Galaxy, which was somewhat true of the first movie but is really a problem with Vol. 2: it thinks it’s weird and edgy and transgressive and something like the punk little brother of all those other stodgy comic-book movies, but it isn’t. It may be slightly more candy-colored, but it’s just more of the same-old space battles and ravenous monsters and 'splosions and ironic posturing and monologuing villains. It’s got poop jokes. It has sexy sexbots, and sure, women (or women-coded androids) as commodities is so unexpected. As a flight of fancy, Vol. 2 is shockingly limited in its imagination.

Vol. 2 also seems to think it’s a comedy, but it just isn’t funny. It wants Fleetwood Mac songs scoring space battles to be amusing, or Cat Stevens songs scoring sentimental moments to be touching, but that just feels like a way to sell a compilation soundtrack. It’s got geeky cameos that are intended as surprising and clever, but they just feel like stunts. And all snarky references to cheesy '80s TV shows and retro technology feel like eating the pop-culture seed corn: If we don’t start telling some new stories that can become tomorrow’s nostalgia, what the hell are we going to make ironic snarky allusions to come the 2040s? “I am Groot” is only going to take us so far.

But another major issue with Vol. 2 is how writer-director James Gunn has gone overboard in attempting to remedy the “it’s not about anything” problem of the first film. This one is all about family, and in case you missed that Peter and his team – Gamora (Zoe Saldana), Rocket the cyborg raccoon (CGI with the voice of Bradley Cooper), muscleman Drax (Dave Bautista), and tree-creature Groot (CGI with the voice of Vin Diesel) – are an ad hoc family, someone will be there to remind us. (Funny how Luke and Han and Leia and Chewie and the droids never felt the need to keep telling one another how they were just one big family.) It starts to sound a bit ominous and creepy, like when Don Corleone says “family.” Family. Except for Peter’s dead Earth mom. She’s still dead.

The trying-too-hard extends to the five – count ’em – mid- and postcredits scenes. If one or two is good, five must be better, right?

Of course mega-budget blockbuster movies like Guardians of the Galaxy Vol. 2 are carefully calculated and constructed, but they shouldn’t feel like they are. We shouldn’t see the puppet strings tugging on all the characters. We don’t need to have the themes explained to us. For all the monster ichor and alien gardens and quite a bit of human(oid) blood flying around, nothing here feels very organic.